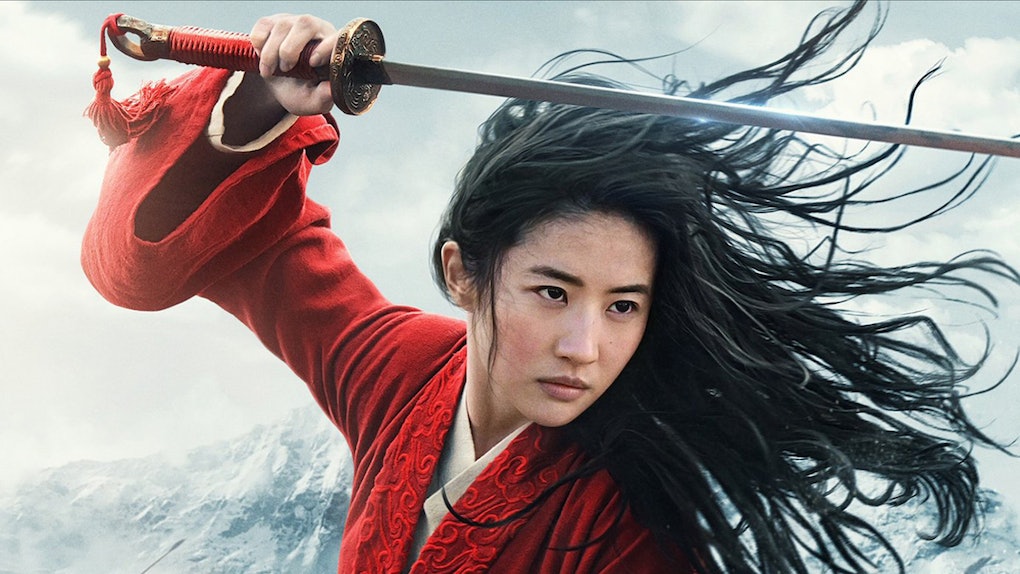 'Mulan' Is Coming To Disney+ In September, But You'll Have To Pay Extra

When the coronavirus pandemic shutdown started back in March, it was only days after Disney has launched Pixar's Onward. With people staying home, it was a box office bomb. In response, the House of Mouse quickly moved the rest of its spring schedule down the calendar, starting with the highly anticipated live-action film Mulan. Since then, the remake of the 1998 cartoon had moved from March 27 to July 24 to Aug. 21. But with theaters still shuttered, the date has moved again, and this time, the venue has too. Recently, Disney announced Mulan is coming to Disney+ in September, but there's a pretty big catch.

Mulan is not the first film Disney planned for the big screen to move to streaming. For instance, Artemis Fowl was canceled out of its May 2020 berth and landed on Disney+ in June. Hamilton was taken from the October 2021 slot and debuted on the streamer this July. The former was as much of a critical bomb on Disney+ as it probably would have been in theaters, but the latter was a phenomenon, widely considered Disney's second streaming hit after The Mandalorian. With no end in sight to the pandemic and theaters still closed, taking theatrical releases and putting them on Disney+ to create monthly streaming events seems like a no-brainer.

But Disney doesn't want films like Mulan, which were originally designed, filmed, and marketed for theatrical release, to feel like another cheap streaming film you half-watch while on your phone. Nor does it want to give up those giant box office earnings numbers. So, the streamer is trying to have it both ways. Mulan will be available on Disney+ for subscribers, but only as a PVOD (Paid-Video-On-Demand) for $29.99.

Yes, you read that right. Disney expects viewers to shell out $30 on top of the $6.99/month subscribers are already paying just to access Disney+ in the first place.

The sticker shock is understandable. Most PVOD rentals price at $19.99 on initial release, before dropping down to about $5.99. That was the price of Trolls: World Tour, for example, which broke records as a PVOD release in May, taking in nearly $100 million in three weeks. Moreover, most PVODs are released via multiple platforms, rentable everywhere from Amazon to YouTube, not restricted to a single subscriber service.

But Disney is betting audiences will pay, and it's got good reason to believe it. For a family of four, $30 is less than it would cost to see Mulan in the theater after you account for popcorn, sodas, and snacks. Most importantly, according to a Disney spokesperson in an interview with CNN, that's a one-time fee to watch the movie forever, not for just a 48-hour rental period like most PVOD movies.

Disney currently claims this is a one-off decision, and not something fans should expect to become a regular feature going forward. That too might encourage people to pay, knowing they won't be expected to do the same for future Disney+ films. But how much success Mulan will experience with this format remains to be seen.