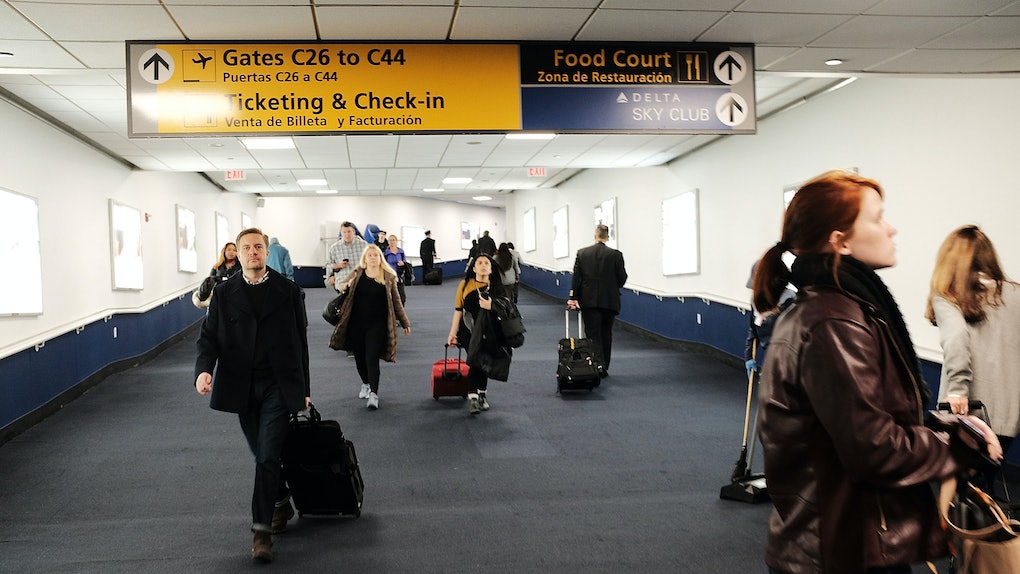 What's The Worst Airport In America? These Are The Most Stressful Places To Fly

The holiday travel season is officially in full swing. If you are heading home for Christmas or New Year's, you can likely expect to encounter delays, cancellations, and other issues that may cause interruptions to your pre-booked flight. These problems can arise for a multitude of reasons, but certain airports are more prone to problems than others. If you're traveling this week, you might be wondering, "What's the worst airport in America?" Well, that's a subjective question. But according to this new report, these are the most stressful places to fly into, so that might help you decide.

Brace yourselves, because researchers at InsureMyTrip released a list of the most stressful airports in the country. The list includes 75 major airports, so there is a very good chance that your hometown airport made the list. Some of the rankings on here aren't so surprising either. Taking the number one spot for the most stressful airport is New York's LaGuardia Airport. Now, whether you live in NYC or not, you've probably traveled through LGA, as it's known by air traffic controllers, at one point or another. It's a popular connecting airport for international flights. According to Baruch College, more than 29 million passengers traveled through LaGuardia in 2017. Yeah, you get the point. It's a busy airport — and busy airports are typically prone to problems like delays and cancellations.

According to InsureMyTrip, LaGuardia Airport is home to the "highest percentage of canceled flights" for the year. That percentage —4.9 percent — doesn't sound terribly high, but any canceled flight is a huge bummer. Flight cancellations (and delays) are the worst when it comes to traveling, especially during the holidays. Tens of thousands of people just want to get where they are going, but the weather and other outside factors can trigger a snag in on time flights.

So, did your home airport make the list? It's likely. The data was calculated by InsureMyTrip and is based on the flight cancellation rate at each airport. Here are the top 10 most stressful airports:

For the full list of flights, check out InsureMyTrip's complete breakdown. Additionally, the travel insurance website also found that flights set to depart between 4 p.m. and 6 p.m. are at the highest risk for being delayed or canceled. Personally, I always aim to take the first flight out when traveling. Getting up while it's still dark outside is never fun. But, neither is sitting at the airport because of a flight delay, or worse, a canceled flight.

The 2018 holiday travel season will bring record numbers, according to the American Automobile Association. The organization's predictions show that 6.7 million people will travel by air this year. What's so special about that number? Well, it's the highest influx of travelers in 15 years. At the risk of sounding like your dad, seriously make sure you get to the airport with plenty of time before your flight departs. Security lines tend to be long during the holiday rush. Flight delays and cancellations are out of your control, so don't be that person who misses a flight that's taking off on time.

Just remember it will all be worth the headache once you get where you're going. Safe travels.