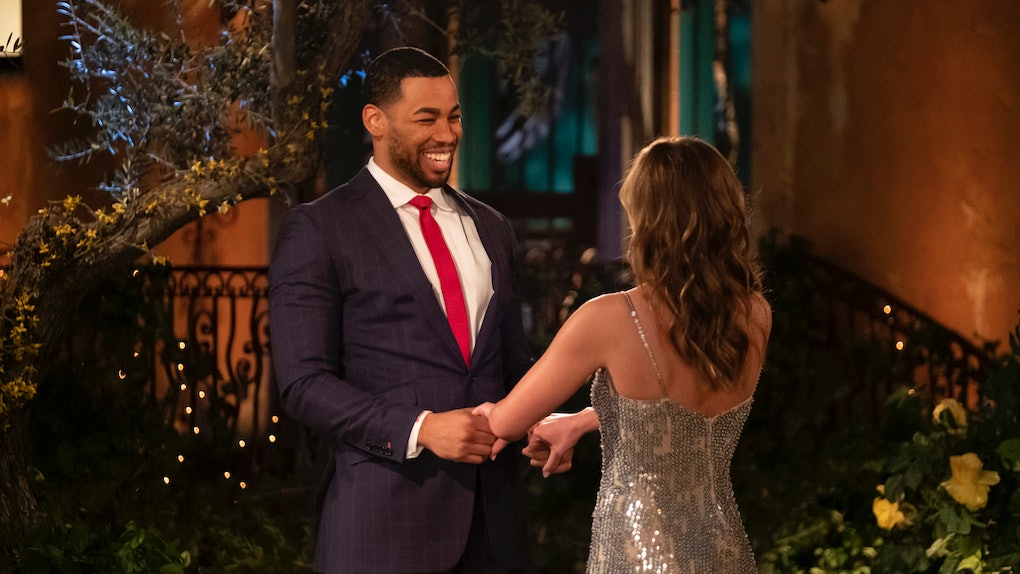 What's Mike Johnson Doing After 'Bachelor In Paradise'? Let's Break It Down

Summer is over, which means that the steaminess of Bachelor in Paradise has simmered until the beach opens for business again next year. Fans' Paradise expectations for Bachelorette favorite Mike Johnson sadly fell flat, followed by the disappointment that Peter Weber received the Bachelor title rather than him. As hard as it is to say goodbye to Mike on TV, Bachelor Nation is still curious about what Mike Johnson is doing after Bachelor in Paradise.

On Hannah Brown's Bachelorette season, 31-year-old Mike won over fans with his megawatt smile and keen interest in listening to Hannah. The Air Force veteran-turned-portfolio-manager had an evident zest for life that appealed to Hannah, but she ultimately sent him home on their one-on-one date in Amsterdam. Mike was then announced as a cast member on Season 6 of Bachelor in Paradise, and as former Bachelors Nick Viall and Colton Underwood became franchise leads after participating in Paradise, Mike becoming the new Bachelor seemed inevitable.

But this wasn't the case when Paradise kicked off. Laying low onscreen, Mike was rarely featured in the summer spinoff series and failed to form any lasting connections. During Sept. 17's Paradise finale, pilot and Bachelorette third-place finisher Peter was revealed as the Season 24 Bachelor, inspiring Mike to share his hurt feelings upon the decision. "I 100% wanted to be the Bachelor," he said on the Bachelor Happy Hour With Rachel & Ali podcast. "Reasons being: One, I do want to find a wife. Two, it was bigger than me and I wanted to represent for all people of color."

His televised search for love might not have worked out, but post-Paradise, things are looking up for Mike. On Sept. 19, TMZ reported that Mike just played the love interest in singer Bailey Bryan's music video for the song "Where We Started." Earlier this month, Mike also posted a photo to Instagram showing that he had spoken at a school about "volunteering, family, and the power of positivity." If America can't see Mike's huge smile on TV, at least fans can count on the possibility they may catch his grin in several spots online.

Love even might be in the cards for Mike, who confirmed that he went on a date with singer Demi Lovato. Throughout the airing of The Bachelorette, Demi made her like of Mike clear on social media, and the two even began exchanging flirty comments on Instagram. "I think she’s amazing," Mike said on the Bachelor Happy Hour podcast. "When Demi and I are together, it’s laughter and we talk about real sh*t. Like, she’s a down-to-earth woman and I respect it so much. And she’s just a really humble, really cool, really fun, down-to-earth person."

Mike stayed vague about the status of their relationship, saying that he and Demi were "two people exploring each other." Bachelor Nation will have to wait and see if Demi earns Mike's final rose someday, but it's clear that Bachelorette fame and glory has brought Mike to a great place in life.