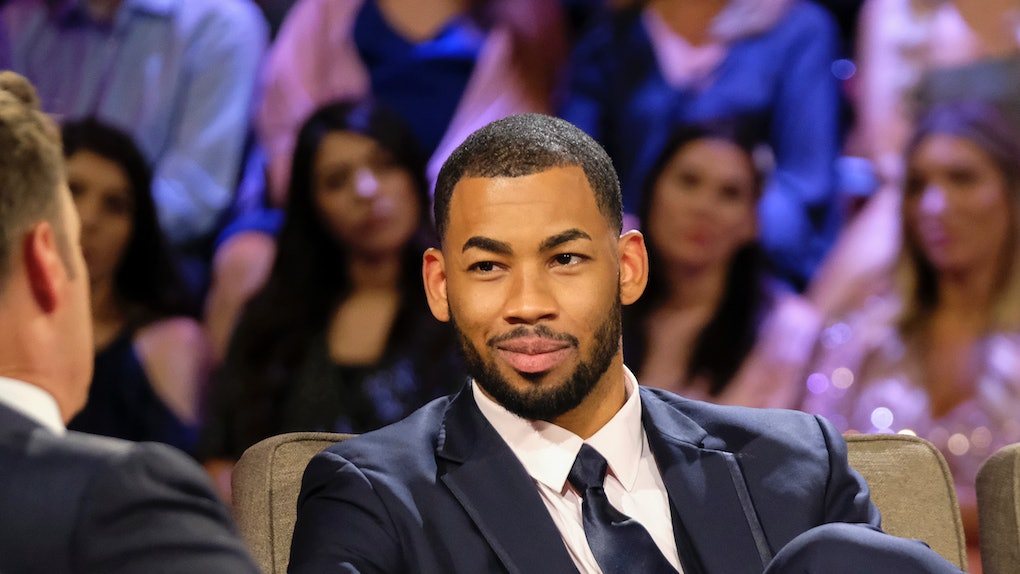 Bachelor Nation has to wait until January for a new season of The Bachelor, but it'll probably take that long — if not longer — for some fans to cope with the franchise's latest casting decision. On Sept. 17, Peter Weber became the new lead, and while many viewers are applauding this choice, others had been hoping for Bachelorette favorite Mike Johnson to be announced as the face of the upcoming season. It turns out, Mike Johnson wanted to be the Bachelor just as much as his fans wanted him to be, and he had a truly sweet reason why.

Mike first won over fans on Hannah Brown's Bachelorette season as a smiley Air Force veteran who prioritized listening to Hannah's feelings and called out other men for not being there for the right reasons. After getting rejected from Hannah, Mike eventually returned to TV screens when he entered Season 6 of Bachelor in Paradise. Seeing as former Bachelors Nick Viall and Colton Underwood had appeared on Paradise before becoming the leads of their own seasons, fans interpreted Mike's casting as a strong sign that he could become the next Bachelor.

However, Mike was primarily stuck in the background of Paradise, and didn't seem to experience any kind of long-lasting romance on the show. Although reports of him going on a date with Demi Lovato emerged right before Peter was announced as the Bachelor during the Paradise finale, the blow of Mike's missed opportunity was still tough for viewers. As he explained on the Bachelor Happy Hour with Rachel & Ali podcast to former Bachelorette Rachel Lindsay, the news was upsetting for Mike, too.

"I was 100% in talks to be the next Bachelor," Mike said on Bachelor Happy Hour's latest episode. He continued:

People probably didn’t think I was considered to be the Bachelor because I was trying to be so respectful of the crew at Bachelor world and I didn’t want to speak about it. Even when I went on TV. I thought that was being extremely respectful and a gentlemen of me to the Bachelor world. And Peter didn’t do those interviews so he didn’t have to go through that. I 100% wanted to be the Bachelor. Reasons being: One, I do want to find a wife. Two, it was bigger than me and I wanted to represent for all people of color.

Mike also revealed he had gone through some pretty thoughtful preparations for his potential season as Bachelor. "I had a list of — a Word document — of the type of woman I wanted, what I was scared of, what I wasn’t scared of," he said.

But in the Mike fashion, he's taking his disappointment in stride. "They chose the right person for what they want," he said. "And there’s nothing wrong with that at all. When I first found out, I’m not gonna lie, I was sad. I was annoyed when I very first found out. But then by the end of the night, I wasn’t annoyed no more because I was appreciative and thankful that they told me 'no' right then and there, because now I could focus on myself."

Rachel, the franchise's first black lead, had been vocal about her support for Mike as Bachelor. Upon hearing the news of Peter's casting. she told Entertainment Tonight, "I'm sure [ABC has] some reason for not picking him, and I'm going to trust in that, but at the same time, the system isn't working in giving us a Bachelor who is a person of color. So we need to change the system. Something has to be done. Break the rules, step outside the box, give the people what they want!"

He might not be greeting women at the mansion any time soon, but it sounds like Mike is at peace with this decision. After all, he confirmed on the podcast that he and Demi Lovato "are two people exploring each other." Could Demi win Mike's final rose? Here's hoping.