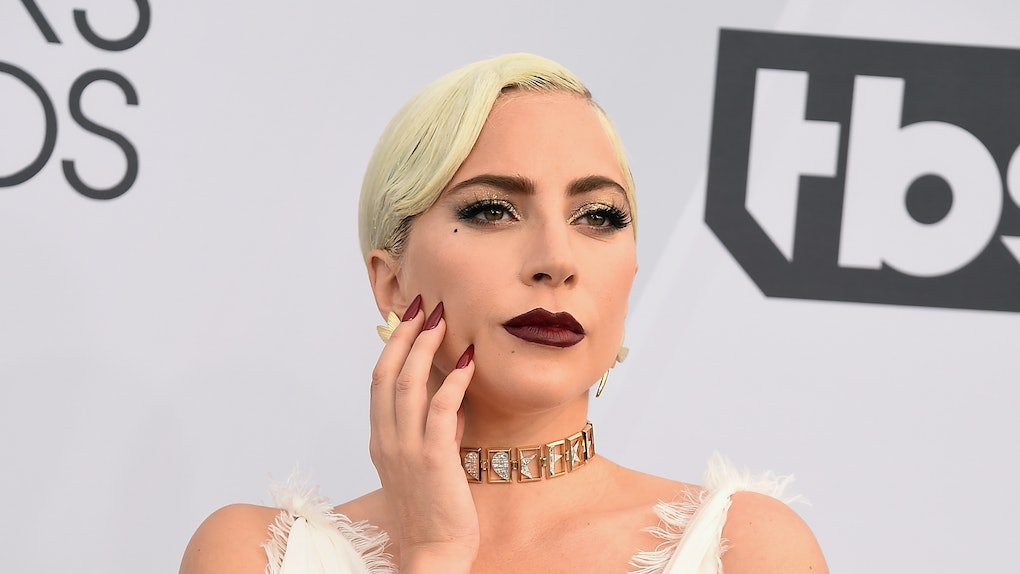 I know I can't be the only person to wonder what Lady Gaga is like as a partner after watching her "Shallow" duet at this year's Oscars. It was so hot — especially Gaga, who I've been crushing on since her "LoveGame" days. But really, who hasn't been? And yet, she hasn't always been the luckiest when it comes to romance — you might even say she’s had some, ahem, ~bad romances~? Sorry, couldn't resist. Most recently, it was the dissolution of her engagement from Christian Carino.

The couple, who had been dating since February 2017, sparked rumors that they had split when Gaga appeared on the red carpet at the Grammys sans engagement ring — not to mention that she didn't thank Carino during her acceptance speech. A week later, her reps confirmed to PEOPLE that the relationship was over. “It just didn’t work out. Relationships sometimes end,” a source reportedly told PEOPLE, saying that the relationship had actually ended “a bit ago,” but that there was no “long dramatic story” as to why. However, since then, Us Weekly reported that Gaga actually broke off the relationship due to Carino's reported jealous behavior. “He was trying to find her all the time and texted her a lot. Her friends didn’t like him either,” a source reportedly told Us Weekly, also including that she hasn't been weathering this time alone. “Chris didn’t treat Gaga very well toward the end of their [two-year] relationship,” a source said, adding that Gaga reportedly, “really leaned on” Jeremy Renner “in the weeks after it ended.” Very interesting!

While we're going to have to wait on confirmation from Gaga or Renner's peeps before we call this a new romance, we can speculate on what being with Gaga might be like, based on her zodiac sign. Gaga was born March 28, under the sign of Aries, and here's what we know about how the Ram behaves when they're in love.

She is likely to be the one who makes the first move.

Thanks to their ruling planet, Mars (which is associated with passion and aggression), when Aries is attracted to someone, they don't hold back. This bold, confident, and impulsive sign is more than happy to take the initiative and make the first move. They have a very seductive, sex-kitten side, and they aren’t afraid to show it off if someone strikes their fancy. They can be really aggressive, which can scare some people off. That's probably a good thing, because even when these feelings of attraction turn into a real love connection, they may soften a bit, but that innate intensity and ambition is the core of who Aries is. If you can't handle that in a partner, it's better to get out early and stop wasting this busy sign's time and emotional energy.

She is fiercely independent, so don’t bother trying to tame her.

Aries has no shortage of ambition. This is a sign that has both the drive and the courage to pursue their dreams, no matter how difficult they are. With that comes a lot of confidence and independent spirt. That can make them both extremely alluring and intimidating to less confident signs. In those cases, the relationship will usually end because partners don't feel like they are Aries' top priority. For Aries to be happily coupled with someone who is just as happy in the relationship, they need a partner who both appreciates and can go along with their adventures, but is OK with not being the center of Aries' world.

Her temper can be fiery.

Where Aries struggles most in a relationship is in keeping their fiery temper in check. This is a sign that's all passion and aggression, and when it comes to love, that can be really exciting and appealing. But the other side of all that emotion and drive is that, when you get an Aries angry, they are angry. This is a sign that gets very deep into their feelings and has trouble controlling their tongue, so they tend to say things they regret and may not even mean in the heat of the moment. When Aries is really serious about someone and hopes to make that relationship go the distance, the thing they will need to work on most to help make that happen is learning to fight fairly, so they don't just blow things up on an emotional whim.

She’s a passionate and spontaneous lover.

As in all things, Aries is just as spontaneous and bold when it comes to their sex life. Sure, they love the occasional lengthy love sesh in the bedroom, but their preferred style is far more spontaneous. This is sign that wants to get busy whenever — and wherever — the mood strikes them. Whether that be in the comfort of their home, or in the nearest quiet corner. Impulsive and and passionate, Aries is not above a bathroom quickie if they are feeling feisty. There is never a dull moment with this zodiac sign, but be prepared to have your boundaries pushed.

Really, would you expect anything less from Gaga? Even without knowing her sign, you could guess how passionate and exciting she would be as a partner — as well as how secure you would need to be in order to be comfortable in the passenger seat of the relationship. While all that may not make Aries the easiest sign to be in a relationship with, when they do find their match, it will be a passionate and thrilling one... and well worth the wait.