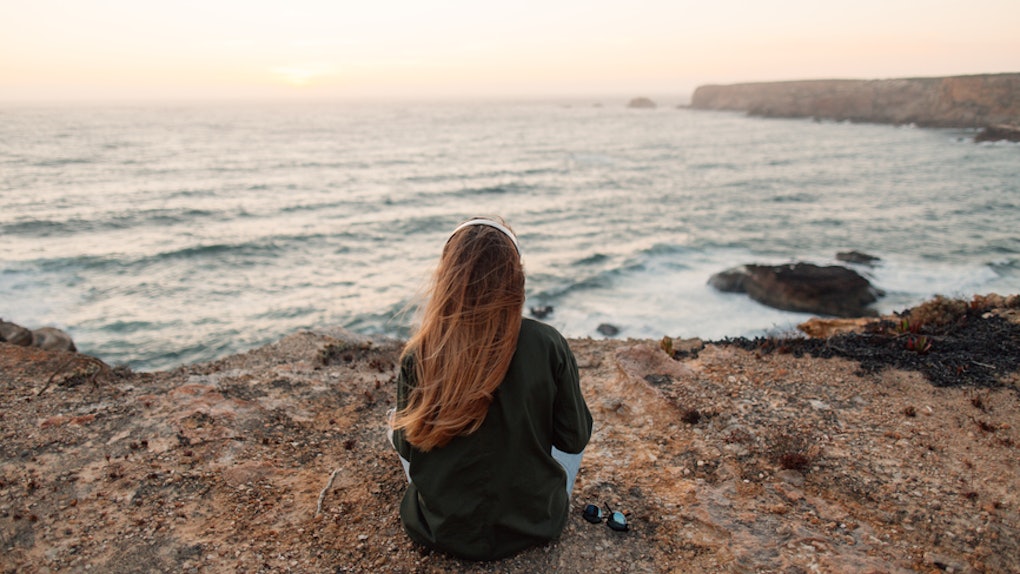 What It Feels Like To Fall Out Of Love, According To 8 People (Prepare To Cry)

Unlike most things, falling in love is a feeling that never gets old. Something about the emotional movement between feeling completely deranged, unbelievably giddy, and perpetually nauseous keeps so many of us coming back for more. But sadly, for all of the excitement associated with such a powerful feeling, all too often those intense emotions inevitably begin to fade. What it feels like to fall out of love often depends on the specifics of each relationship. Sometimes the explosion of passion was super intense at the start but the practical compatibility was lacking, resulting in an inevitable breakup.

To hope that honeymoon phase feelings last forever is to most likely set yourself up for disappointment, because unfortunately (spoiler alert!) those feelings don't last. And the truth is, it's probably because they aren't meant to. But there's a big difference between the natural post-honeymoon phase come-down and actually falling out of love with someone.

Sooner or later, every relationship becomes less exciting than it was in the beginning, but the upside is that this calm can give way to an amazing feeling of stability and grounded-ness. Falling out of love entirely feels different. It might feel like less of a calm and more of an emptiness, and few things are as sad as looking at someone who you used to be crazy about and feeling nothing at all. Courtesy of Reddit, these are some more accounts of what it feels like to realize the love juices have run dry. (And yes. Falling out of love sucks.)

When everything involving her became a "have" instead of a "want". Like I used to WANT to make room in my schedule for her, hang out with her, text her back, etc. Eventually it just felt like a requirement to do all of those things since we were in a relationship

2. When You Are Only Able To See Their Faults

I was able to look past his faults for most the relationship cause I knew I had my own. Then came a moment where I could not forgive him and knew I no longer loved him. It took me a week to end things from that night but that night was my wake up call.

3. Your Future Together Stops Being Exciting

It hit me that I was more just resigned to staying with him because we had already been together for a few years and everyone (including us) figured we'd get married after college. I wasn't excited about the relationship, I wasn't particularly looking forward to our future together; it was just "So, I guess this is it". It was just a feeling of complacency and staying together because it was comfortable (and not in a good way) than actually wanting to be together. You know how sometimes married couples talk about the relationship going stale after having kids and years and years together? We were like that at 21.

Suddenly I didn't miss them anymore. Suddenly, I didn't care. I wanted to be with other people, I started getting anxious at the thought that I was living with a person I wasn't crazy about. The plans of having a life together gave me chills and disgust.

5. You Realize The Connection Is Gone

The first time I really realized it was one night when I had fallen asleep early. When I woke up, he was in bed next to me asleep with his arm over me, and I realized that the touch I once craved and loved and wanted to hold, now felt constricting. I felt empty and guilty that I was here, in his bed, hating every second of his presence. I realized that every day I pretended to love him, I was lying to him and myself. I broke it off shortly afterwards and I felt terrible for it. But even in my agony I was in the truth, and I wasn't pretending anymore.

6. You Start To Feel Repulsed By Them

You slowly just can't stand to be around that person anymore. You try to make things work because you've been together for so long, or you used to have fun, or you have future plans, but you end up just resenting the other person. Then you break up and can only focus on the good things in the relationship and wish you never left them... just gotta remember you broke up for a reason.

7. You Feel Emptiness And Disappointment

It feels like lost potential. It feels like everything you had hoped and wished for had suddenly just vanished into nothing. Its a slow fade into an absence of emotion, and then all of a sudden there's nothing where there was something before.

How and why it happens is different for everyone, but one thing I remember in particular is the tremendous amount of self-doubt. "Is it me, or is it her?" "Am I really losing my feelings for her, or am I just stressed/exhausted/in a bad mood?" "Was I wrong about this from the start, or has something changed?" I couldn't be sure, and it felt ridiculous to blow up a great relationship based on such an uncertain feeling, so I just kept my thoughts mostly to myself and went through with the wedding. (Which was a fun wedding, but in hindsight I should've expressed my doubts sooner.) Live and learn!

Falling out of love is sad, no doubt about it, but so is staying with someone who you don't see yourself being happy with in the future. And while being newly single can be a scary experience for someone after being in a serious relationship, so is knowing you didn't listen to your heart.