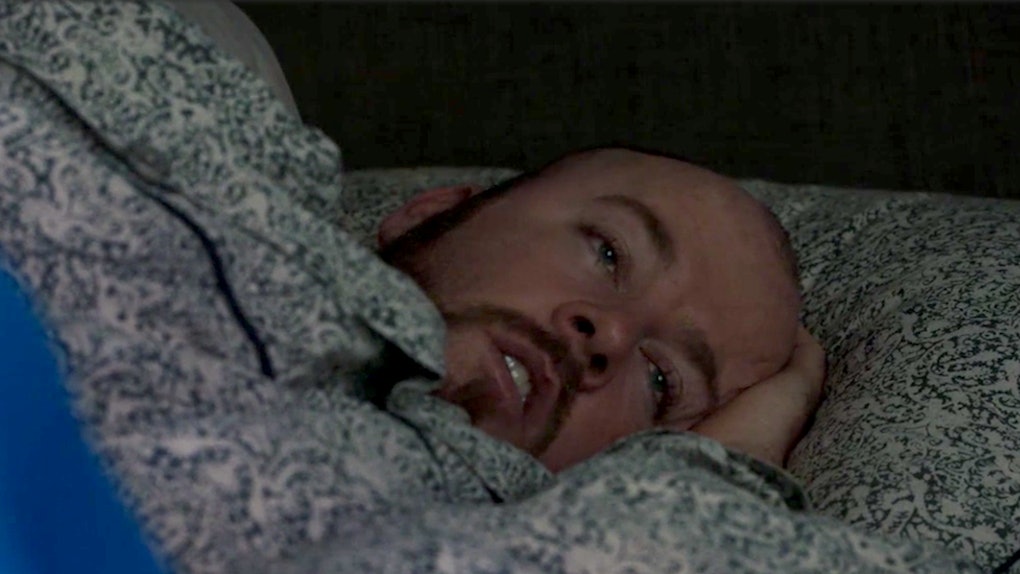 What Is Toby Sick With? The ‘This Is Us’ Season 2 Finale Ends On A Serious Cliffhanger

This Is Us just could not leave us on a happy note at the end of Season 2, could it!? The family drama's season finale on Tuesday night was mostly a joyous one, focused on the wedding of Kate and Toby, but things took a dark turn in the final few minutes when a flash forward swept viewers from marital bliss to an alarming scene that suggests Toby's health may be in peril. So, what is Toby sick with in the This Is Us Season 2 finale? Well, we know he has had health problems in the past, and sadly it looks like things are just going to get worse for him. Spoiler alert: Don't keep reading if you have not watched the This Is Us Season 2 finale "The Wedding" yet.

As we already knew from episode previews, the Season 2 finale focused on Kate and Toby's wedding. Things got off to a shaky start, with both bride and groom dealing with issues brought on by their parents. Kate panicked when she misplaced her dad's old shirt that she wanted to incorporate into her wedding dress, and Toby's parents confronted him about how his first marriage ended, adding that they don't think it is a good idea for him to marry Kate. Luckily, Kate was able to realize that she needed to let her dad's memory go a little bit, and Toby stood up to his parents and defended his relationship with Kate. After that initial drama, the wedding went off without a hitch.

So yeah — everything seemed to be going great, and it looked like This Is Us was going to give us just a sweet, drama-free, happy finale so that we could all spend the upcoming months not having to worry about the Pearson fam. But of course that didn't happen. Right before the episode ended, we started to see a number of short, distressing flash-forwards to a not-so-happy future for the Pearsons. In the most tame of the three, Kevin boards a flight to Vietnam with Beth's cousin Zoe, on a mission to learn more about his father's time stationed there and possibly about his uncle Nicky as well. In the furthest jump to the future, an old Randall tells a grown Tess that "it's time to go see" someone, but who that person is remains a mystery (is something wrong with Beth? Or Annie? Or Deja?).

But our glimpse into Kate's future is the most pressing of all, because it is much closer to the present than Randall's, and more potentially life-threatening than Kevin's. Sometime shortly after their wedding, we see Kate tell Toby that his doctor called and wants to adjust his medication. We then get a shot of Toby looking listless and depressed under the covers of his bed — far from his usual fun-loving self. What is going on?

Most likely, the doctor is referring to heart medication. We already saw Toby suffer a scary heart attack in Season 1, and undergo surgery to repair a hole in his heart. Toby's heart health hasn't come up too often this season, but he did notably mention it earlier in the Season 2 finale, when he was alone in his room getting dressed and going over his vows. That very well might have been a reminder from the writers so that we recall Toby's heart troubles during this final scene. Now the big question is whether Toby will be the next character to get killed off the show or not.

Honestly, after Jack's big death and all these rumors about Beth dying and now Toby, is This Is Us going to be the new Game of Thrones in terms of main character casualties? Season 3 is expected to premiere towards the end of this year.

More like this
In 'Riverdale' Season 5, Toni Topaz Is The Black Superwoman Without A Cape
By Erika Hardison
Who Did Emily Poison? 'The Handmaid's Tale' Season 2 Is Off To An Intense Start
By Ani Bundel
The 'This Is Us' Season 5 Finale Air Date Is Much Sooner Than Fans Thought
By Abby Monteil
Stay up to date