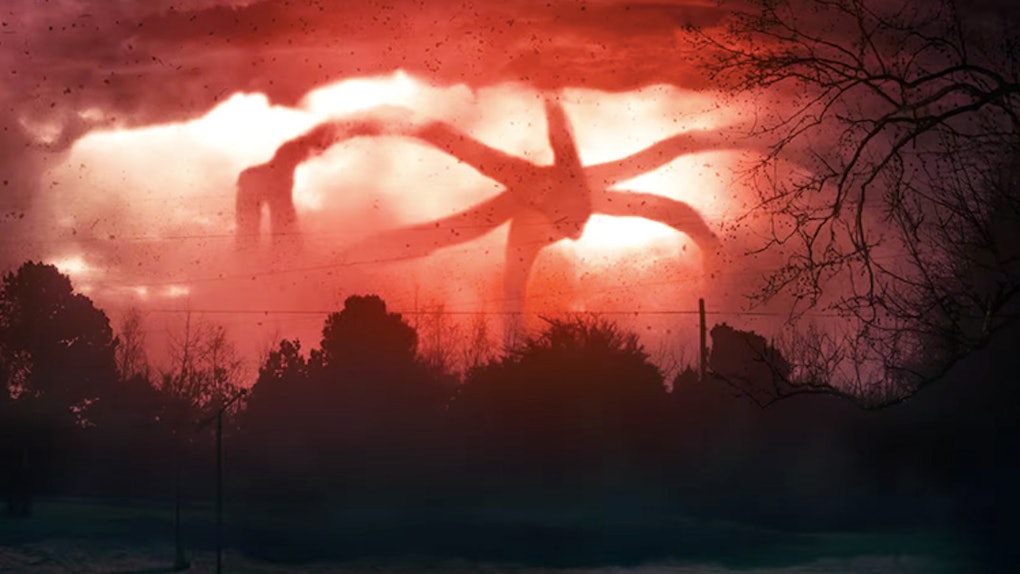 What Is The Shadow Monster On 'Stranger Things'? It Looks Seriously Terrifying

Warning: This post contains spoilers for Stranger Things Season 2. OK, any fan of Stranger Things is in their glory today because, after a long-ass hiatus, the sci-fi mystery is back on Netflix for its sophomore season. Of course, in order to keep things exciting, the new episodes of Stranger Things feature new characters, a new self-contained plot, and, you guessed it, a new monster. That's right, this time around, the Hawkins crew is dealing with the Shadow Monster, an ominous, shadowy demon that makes the Demogorgon from Season 1 look like a mildly aggravated Easter bunny.

From the moment the teaser for Stranger Things Season 2 was released, it was clear we'd be in for one hell of a season. Indeed, Hopper's voice in the trailer saying, "it's not like it was before, it's grown," was all the teasing we needed to let us know we wouldn't be dealing with any puny old Demogorgon this season, no siree.

In its place, however, we got the Shadow Monster, a terrifying demon that possesses Will Byers and controls the hundreds of monstrous demodogs in Hawkins. Just when you though Stranger Things couldn't get any darker, they go and introduce this monstrosity.

To be honest, the addition of the Shadow Monster isn't entirely surprising. In recent interviews the show's creators, Matt and Ross Duffer, have both said Season 2 would take the mystery and thrills of Season 1 to a whole new level, and part of that clearly includes a gargantuan new monster.

In an October interview with Entertainment Weekly, Ross Duffer talked about where Season 1 left off before hinting at the potential for a new monster to make its way out of the Upside Down in Season 2 — little did we know how terrifying it would be; the EP said,

We obviously have this gate to another dimension, which is still very much open in the town of Hawkins. And a lot of questions there in terms of, if the Monster is dead, was it a singular monster? What else could be out there? We really don’t go in there much until they go in to find Will at the end. So we’ve opened up this doorway, and to us it’s exciting to talk about, like, what else is behind there? There’s a lot more mystery there to be solved.

There certainly is a lot of mystery in Season 2, and, as Matt Duffer promised last year, it's much "weirder" and "darker" than we could have expected. The show's co-creator revealed last year to ING that Stranger Things 2 would "feel very different" from the inaugural season, and that it would ultimately "go a little weirder"; Duffer said,

The show's EP clearly wasn't kidding when he said the plot would get darker in its second season, and the Shadow Monster is proof of that. Now the only question is: How the hell will Stranger Things 3 top the Shadow Monster? I guess we'll just have to wait and see.

In the meantime, grab yourself an Eggo (or 12) and venture into your own version of the Upside Down where you're stuck in front of your Netflix screen for hours on end.