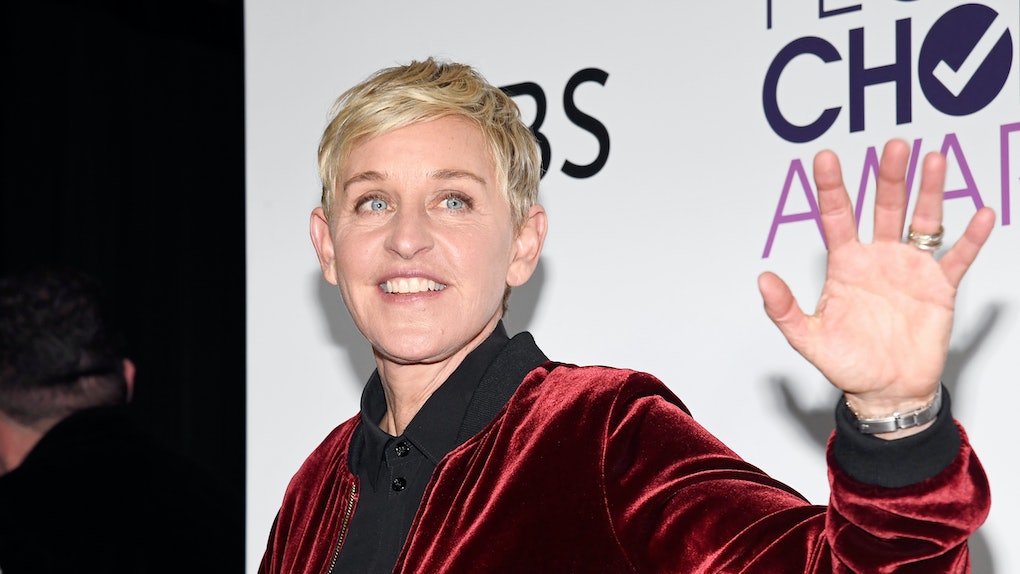 What Is The Deep State? Eric Trump's Tweet Has Ellen Degeneres Cracking Up

On Tuesday, Jan. 2, Eric Trump tweeted a photo of his suggested followers on Twitter, which consisted of Hillary Clinton, Barack Obama, and Ellen DeGeneres. He then insinuated that the three are a part of the "deep state" with a hashtag at the end of the tweet. Many people were left trying to figure out what the "deep state" is after Eric Trump's tweet — and DeGeneres made light of the situation on her talk show on Jan. 3.

The "deep state" is a term that President Donald Trump has thrown around quite a bit, most recently towards the Justice Department. Deep state refers to a rumored network of powerful people in government that have intentions of undermining the president's agenda. This paranoia has been a topic of interest for many Republican lawmakers and Trump supporters. While DeGeneres may be an outspoken liberal, it seems unexpected that she would be an asset to the deep state with a hidden agenda.

She went on to say, “I have some questions. First of all, which one is Eric? Did he kill the elephant or the cheetah? Second, what is deep state? Is it near Dollywood? Because I’m in if it is.”

Degeneres was referring to photos of Donald Trump Jr. and Eric Trump from 2012 that resurfaced in 2015 on a hunting trip in Africa. The sons posed next to a dead cheetah and, in another photo, an elephant with which they cut the tail off of.

DeGeneres said Trump's tweet was the “the craziest thing I’ve seen all week." Even after seeing “the movie with the lady having sex with the fish” (Shape of Water) this week, she said this tweet “beats that.”

DeGeneres proceeded to explain what deep state was to the audience and made a joke about Donald Trump's own efforts to undermine himself. She said, “Apparently, Eric Trump thinks Twitter is trying to trick him into following liberals, which is ridiculous, because no one has undermined Donald Trump more than Donald Trump.”

The belief that the deep state actively exists is one shared by some of Trump's allies as well. In March 20187, one of Trump's ally's, Newt Gingrich, told the Associated Press, "Of course, the deep state exists. There’s a permanent state of massive bureaucracies that do whatever they want and set up deliberate leaks to attack the president. This is what the deep state does. They create a lie, spread a lie, fail to check the lie and then deny that they were behind the lie.”

On Tuesday, Jan. 2 Trump accused the Justice Department of their involvement in the deep state, suggesting they should prosecute Huma Abedin, a top adviser to Hillary Clinton, as well as former FBI Director James Comey.

While DeGeneres was flattered to being considered a conspirator along with Clinton and Obama, she denied the claims, blaming her busy schedule.

DeGeneres said, “Eric, I just want to say I’m honored that you think I’m powerful enough to be part of a government conspiracy. I’ve got my gay agenda meetings on Mondays, on Wednesday Beyoncé and I host an Illuminati brunch, and then Portia and I on the weekends are desperately trying to have a baby.”

DeGeneres also rationalized why she would appear as a suggested follower on Eric Trump's Twitter— most likely because both of his sisters, Ivanka and Tiffany Trump, follow her on Twitter.

She closed by addressing Eric Trump directly: “Maybe you should follow me. Because I post a lot of cute videos." Leave it to DeGeneres to make light of a deep state conspiracy accusation.