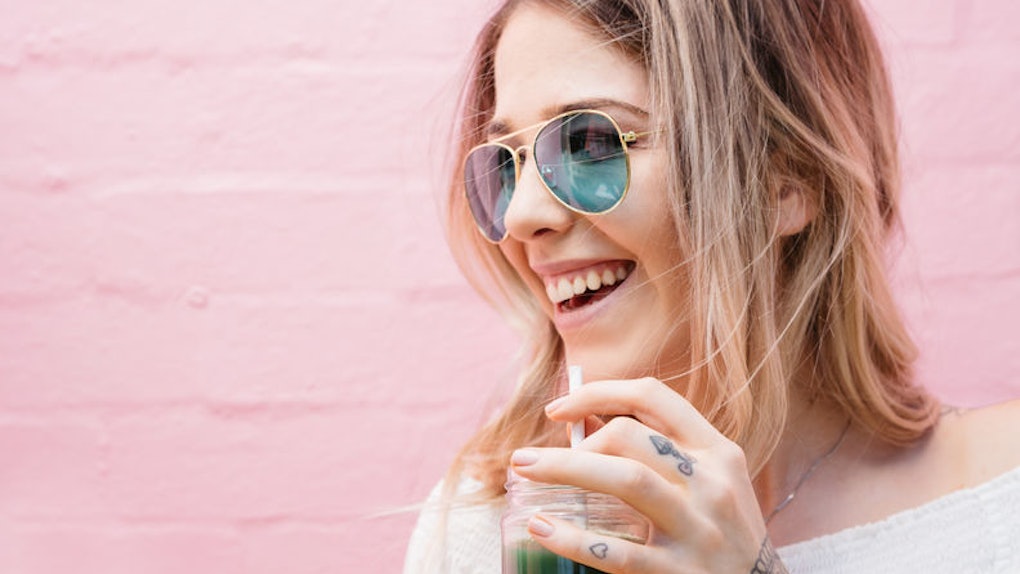 What Is The 131 Diet? The New Food Program Is Totally Customizable, But There's A Catch

Just when I thought I was reaching expert status on all things pertaining to trendy diets, fitness entrepreneur Chalene Johnson throws me for a curve and jumpstarts her own program. Brand new on the market, the 131 Diet is a virtual coaching program that's meant to be followed over the course of 12 weeks. Going off that description alone, it sounds like any other passing diet fad, right? Learn the ropes, take what you will from it all, and move on. But the 131 Diet is different, in that it's not exactly a completely new take on how to eat, but rather, it combines a few of the most popular diet programs you’re probably already familiar with: the elimination diet, the keto diet, intermittent fasting, and counting macros. Essentially, the 131 Diet fuses all of these regimens together to create one single meal plan that, apparently, is 100 percent customizable to your goals. The question is, should you buy into this? Or is it just another pseudo-trend to add to the pile of BS diets?

This is generally the part of the article where I debunk some major pseudo-facts you’ve all been fed related to whatever hip and trendy way of eating is making headlines lately, but there’s something kind of cool about the 131 Diet you should be made aware of: Johnson isn’t doling out strict meal plans here. In fact, it says right on the official 131 Diet website that this way of eating isn’t a “diet” at all, but rather, an “anti-diet.” The 131 Diet is more or less a set of guidelines to help you eat better for your body, based on your lifestyle.

I know myself, and when I first read up on the 131 Diet, it definitely sounded intimidating, to say the least. Isn’t it enough to have to abide by the rules of one food program, let alone four of them? But here’s where that whole “it’s customizable” perk comes in: Because Johnson doesn’t assign you a strict meal plan to follow, you’re basically creating your own version of the 131 Diet to suit your needs. It’s awesome in that you completely run the show in terms of specifics, though if you’re not entirely sure how to count a macro, what a macro even is, or how to fast intermittently, it’s going to feel confusing right off the bat.

So to clear the smoke a little bit, I asked Jessica Rosen, a certified holistic health coach and founder of Raw Generation, to go over a few of the details. Let’s start with the whole counting macros thing which, personally, I've never been able to fully wrap my brain around until now.

Here's the deal: “Macros” is short for macronutrients, which is basically just an overarching term to describe fat, protein, and carbohydrates, Rosen tells Elite Daily. You can think of them as "bulkier" nutrients, she explains, because they come in large quantities, while vitamins and minerals, on the other hand, are measured on a much smaller scale, and are called “micronutrients.” So by counting macros, you're basically making sure that your ratio of fats to proteins to carbohydrates is all balanced according to your individual caloric intake and goals.

As for marrying two different kinds of eating — the ketogenic diet and the elimination diet — the two actually go hand-in-hand surprisingly well. The keto diet requires you to eliminate carbs from your meals and, instead, increase your healthy fat intake so that your body gets its fuel from stored fat instead of glucose (aka the energy in carbs). The elimination diet, on the other hand, ultimately depends on your body, and your body alone. According to Rosen, you simply cut out foods that are potentially harmful to your body, including things like alcohol, dairy, peanuts, soy, wheat, and processed/artificial foods, and “the goal is to identify the foods which drag you down,” she explains. Sounds pretty logical to me, TBH. After all, why would you want to eat foods that ultimately make you feel crummy? The answer is, you probably wouldn’t.

So now that the 131 Diet is, perhaps, sounding a little less extra and a lot more appealing, you’re probably wondering what the benefits are. From what I can tell, what you reap is going to depend on what you sow, but ultimately, the concept behind 131 is, really, to reset your metabolism and inspire you to follow a meal plan that’s built on less of the processed stuff, and more of the healthy good stuff like fruits and veggies, healthy fats, and lean proteins. All in all, it’s a program that aims to help you figure out what works best for your body, without having you sacrifice much of anything in your usual lifestyle.

And now, the moment you've all been waiting for, the question you've all been asking since you clicked on this article: is there a catch? As far as I can tell, the only downside to Johnson's program is that you have to pay a whopping $149 for it. But based on Rosen's insight, this diet seems like the sort of thing you could easily figure out on your own or with a doctor. Of course, if you're interested in giving Johnson's diet a try at all, it's best to talk to your doctor regardless. No matter which way you choose to approach it, make sure this move is right for you and your body before spending the cash and risking your health.