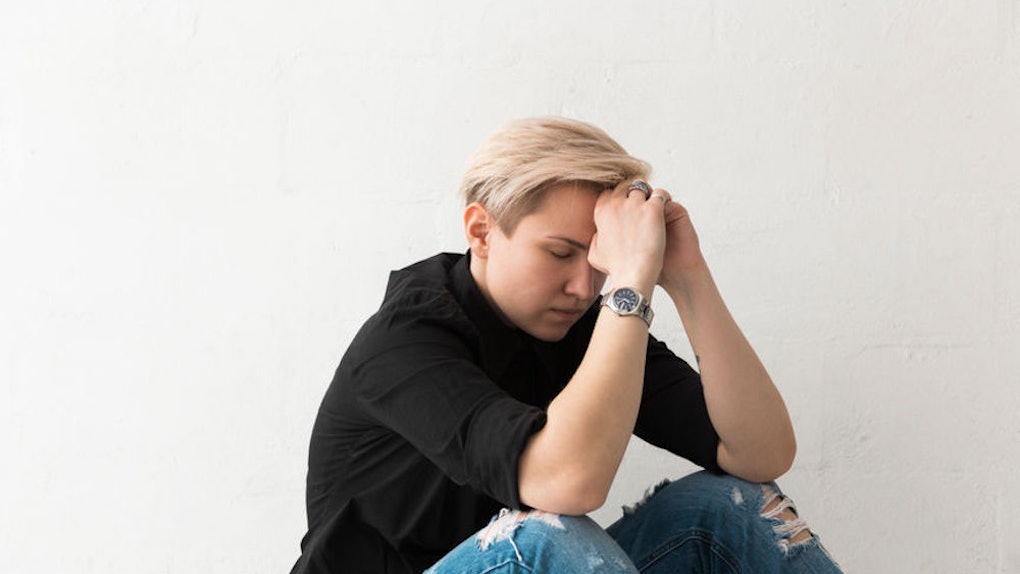 What Is Nocturia? Waking Up In The Middle Of The Night To Pee Is Common, But Here's Why It's Concerning

I don't know about you, but I drink a lot of water. It helps me avoid getting sick, it keeps my energy up, and I get to sip out of a really cute mason jar all day. But full disclosure: Drinking all of that water tends to lead to a lot of trips to the bathroom, especially at night. I have to be careful not to drink a lot too close to bedtime if I want to avoid a pesky 2 a.m. wakeup. But the thing is, nocturia, aka waking up to pee at night, isn't just an every-so-often inconvenience for some people. Rather, it's an issue that can really affect your everyday life more than you might realize, according to new research.

The new research, which comes from the nonprofit research institute RAND Europe, analyzed thousands of survey responses from working-age people in the UK, Germany, Spain, Australia, Japan, and the U.S., and the surveys included questions about people's lifestyles, work satisfaction, work productivity, and general life satisfaction. The analysis found that about one in 10 people under 45 years old wakes up at least twice in the middle of the night to pee. In case you didn't know, there's a name for this annoying health phenomenon: nocturia. According to RAND Europe, nocturia is considered "a lower urinary tract condition," and it could be due to producing too much urine during the night, or it could be the result of having a small bladder capacity.

Unfortunately, nocturia isn't diagnosed and treated as quickly as it could be. "Doctors and health practitioners often overlook nocturia as a potential health problem associated with sleep loss," Marco Hafner, lead researcher and senior economist, said in a press release, "and patients can delay reporting the condition until it becomes unbearable and substantially affects their wellbeing."

Besides being just plain irritating in the moment, interrupting your sleep that frequently could actually have a major effect on your productivity during the work day, according to RAND Europe's findings. The researchers found that an employee with nocturia might lose at least seven more working days a year than someone without the condition, and they might also be more likely to experience lower life satisfaction, work engagement, and overall productivity. In fact, the researchers have estimated, based on their most recent findings, that the condition alone costs the United States about $44.4 billion every year.

Honestly, I find that pretty easy to believe, because if I had to be jolted out of my blissful sleep multiple times every single night, I probably wouldn't be functioning at my best either.

But nocturia can also be associated with some major health problems. "We find that chronic health conditions — such as kidney disease, diabetes, cardiovascular disease, cancer and hypertension — are associated with more frequent night time voids," the researchers concluded in their study.

What's more, according to the National Association for Continence, some everyday behaviors can actually contribute to the condition, such as drinking caffeine, alcohol, or taking diuretic medications. So if you've recently upped your number of lattes per day, that might be part of the reason you have to pee more than usual.

All of these details about poor work productivity and potential long-term health issues might make you anxious about your midnight bathroom breaks, but remember, the cause could just be as simple as drinking lots of H2O. If you're genuinely worried, it's never a bad idea to book an appointment with your doctor. "It helps to talk with your health care provider to learn why you make multiple trips to the bathroom at night," as per the Urology Care Foundation. "You may learn that your nocturia is fairly easy to treat, or you may find it's from something more serious."