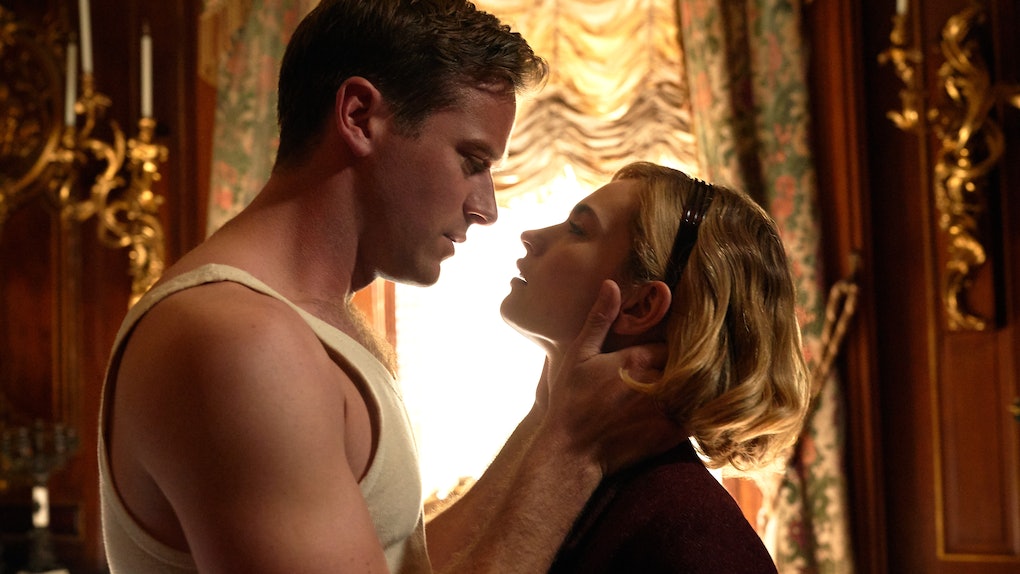 What Is Netflix's 'Rebecca' Based On? Daphne Du Maurier's Book Is A Classic

Spooky season is coming up quick, and if you're anything like me, you're already on the lookout for the perfect TV and movie lineup to match the vibes. Luckily, a new Netflix film Rebecca — which is based on Daphne du Maurier's 1938 classic book of the same name — is coming to the streamer soon. From the looks of the recently released trailer, it promises to be full of thrills and moody romance, which is exactly what you want this time of year.

Netflix's Rebecca — which premiered on Oct. 21 — will retell the story from Daphne du Maurier's thriller novel. The book chronicles a young, unnamed newlywed who, after a whirlwind romance, arrives to her husband Maxim de Winter's estate on the English coast. Upon arrival, she finds herself overshadowed by Maxim's first wife Rebecca, whose memory continues to haunt the property after her death, thanks in large part to the sinister housekeeper Mrs. Danvers. The book was a hit with fans, selling over 2.8 million copies between its publication in 1938 and 1965.

The Netflix film's plot promises to follow a similar storyline as the book, with Lily James (Mamma Mia: Here We Go Again, Cinderella) playing the new wife, Armie Hammer (Call Me by Your Name, On the Basis of Sex) playing Maxim, and Kristin Scott Thomas (Four Weddings and a Funeral, The English Patient) playing Mrs. Danvers. The trailer for the new rendition debuted on Sept. 8 and featured gorgeous views and a beautiful love story before getting into all of the creepiness that will come later.

The upcoming Netflix film isn't the first time Rebecca has been adapted. In 1939, du Maurier herself made a play based the book. Then, in 1940, the book was made into a film starring Laurence Olivier and Joan Fontaine. That film received 11 nominations at the 13th Academy Awards, which was more than any other film that year. Furthermore, that movie was selected to be preserved in the United States National Film Registry by the Library of Congress for being "culturally, historically, or aesthetically significant." It was again adapted for TV and radio entertainment several times. So, long story short, this story has enthralled audiences for over 80 years and it looks like it will continue to do so for some time.

Rebecca will premiere on Netflix on Oct. 21, making this a perfect addition to your Halloween lineup.

More like this
The Soundtrack For Netflix's 'The Irregulars' Season 1 Is Such A Vibe
By Ani Bundel
Netflix's 'The Circle' Season 2: Release Date, Cast, Trailer, & More Info
By Ani Bundel
These Fake 'Riverdale' Brand Names Are Even Better Than The Real Thing
By Rachel Varina
Stay up to date