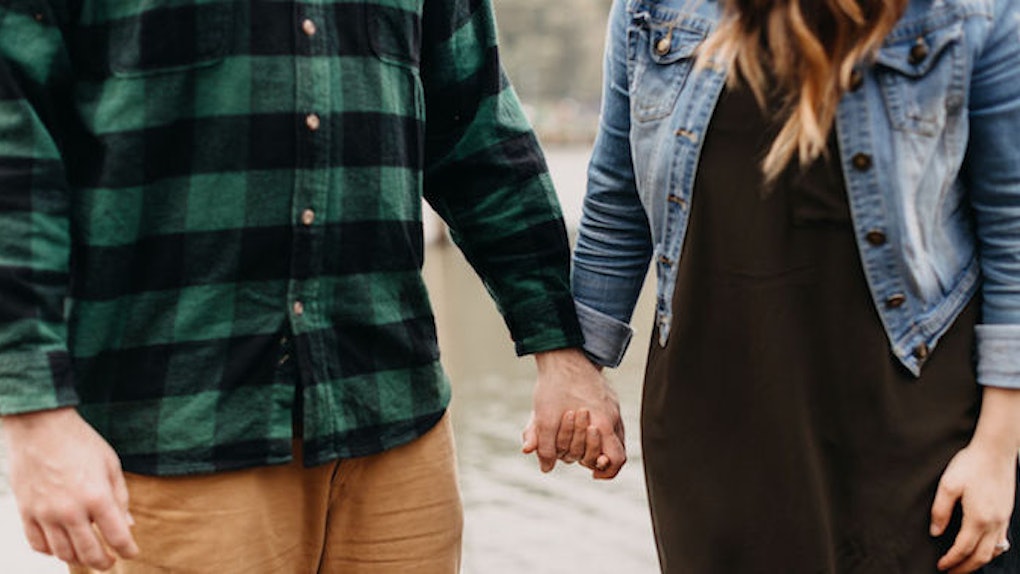 What Is Lavaliering? This Greek Life Relationship Tradition Is Incredibly Sweet

If you're not involved in Greek life, some of the customs and rituals may seem a bit strange. Even as a sorority alumna, I know some of the things we did would definitely be looked at with skepticism by non-Greek affiliated students and onlookers. One of these customs people may not know about? Lavaliering. If you're wondering what is lavaliering, it is when a member of a fraternity bestows a necklace with his Greek letters onto an important sorority woman in his life. The person who receives the lavalier can wear it whenever they wish. They can even wear that person's letters on a sweatshirt around campus after having been lavaliered.

This act is an honor, and grants the sorority woman membership "privileges" of essentially wearing fraternity letters — something only members who have gone through the new member process and initiation usually have access to.

Traditionally, this is granted to a girlfriend or someone the fraternity brother sees in his life long-term (membership, even if honorary, isn't taken lightly!), but the act could also be done with LGBTQ couples or when one member of the couple isn't affiliated with an organization.

The lavalier is the necklace that can be purchased from a variety of places (even Etsy!), and then is given to the other person during a ceremony. If you search "lavalier ceremony" on YouTube, it'll yield many videotaped ceremonies, most often seen with straight couples.

Jordan*, 25, was active in her sorority leadership while in a long-distance serious relationship with her fraternity alumnus boyfriend. She asked him if he could lavalier her, as she wanted to organize the ceremony.

"I thought it would be fun, since most girls at NYU don’t get lavaliered or engaged while in university," Jordan tells Elite Daily. "He had originally said no, and he took it as a really big deal, kind of [like] pre-engagement, but I was mostly seeing it as a fun way to be involved with Greek life and my sisters and solidify our relationship."

Her boyfriend visited her for her birthday and gifted her with a lavalier.

"It was very sweet," she says. "I do think it solidified what felt kind of rocky since we were long-distance. We’ve since broken up but I still have my lavalier from him. It was a really good relationship and it was really special to have a commitment like that so I still treasure it."

Like a promise ring, a lavalier is a commitment to that person. It isn't necessary for a couple to already be engaged to exchange a lavalier. But usually, it is given once a relationship has become more serious with the potential for long-term. And while not every lavalier ends up with the couple staying together, it can still be kept as a souvenir of the relationship, and the greater Greek experience as well. People who have been lavaliered will have both their own organization letters as well as the honorary privilege to wear their partner's, too, on both the lavalier itself and clothing. While not everyone will understand the significant and importance, it is special to those who choose to receive it.

Name has been changed at the source's request due to privacy concerns.