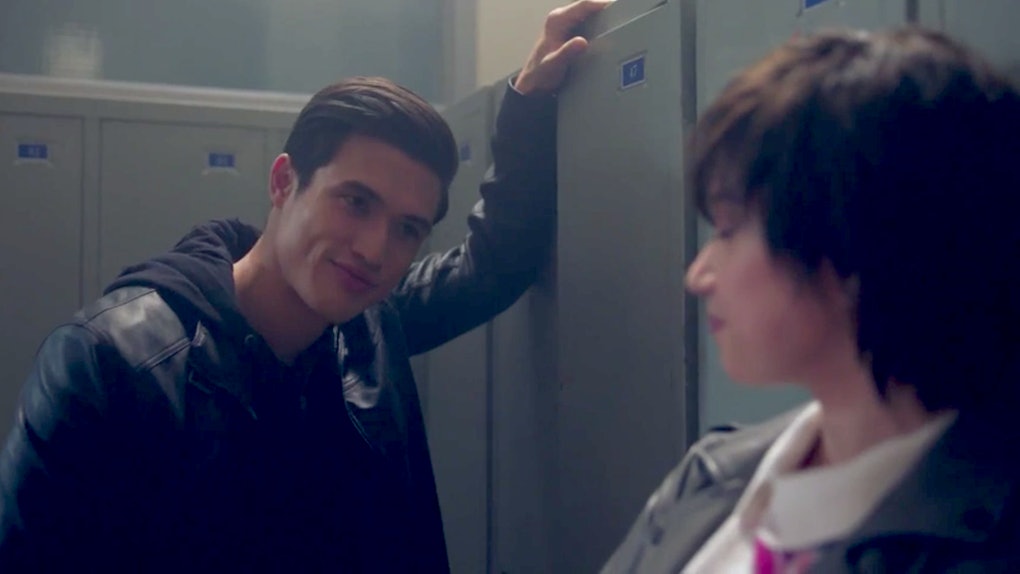 What Is "Jingle Jangle" On 'Riverdale'? The Drug Has Fans Asking Serious Questions

The town of Riverdale may have another problem aside from that mysterious serial killer on the loose. Wednesday night's new episode introduced viewers to a strange new drug that seems to be popular among the kids of Riverdale, and despite its silly name, it may become a scary part of the Season 2 story. So what exactly is "Jingle Jangle" on Riverdale, and why should you be worried about it? Let's get into everything we know.

Sheriff Keller actually did mention Jingle Jangle in passing in the Season 2 premiere, but the second episode of the new season is what makes it clear that the weird drug is going to be a big deal this season. It looks like many of the students at Riverdale High are using Jingle Jangle recreationally, and the guy to see to get some is none other than resident bad boy Reggie. By the way that (newly introduced character) Midge Klump comes up to Reggie's locker to ask for some Jingle Jangle in the new episode, it seems clear that he's the guy with all the drug connections at the school.

This drug dealer persona is a whole new part of Reggie that we haven't seen before. In Season 1, Reggie was mainly just a stereotypical jock who went head-to-head with Archie over who would captain the high school's football team. But I guess with a new season also came a new bad boy persona, as well as a new actor. The first season's Reggie Ross Butler has been replaced by Charles Melton in the new season, which is another reason the character seems to different this time around.

But anyway, back to the Jingle Jangle. As if that cutesy name wasn't funny enough, the show actually makes the drug look insane as well. At the end of the episode, we see Midge and Moose downing what looks like pixie sticks in Moose's car before hooking up. Of course, they don't actually get to best utilize the effects of the Jingle Jangle since right after they take it, the Black Hood killer returns and shoots them.

The real scary thing about Riverdale's silly-sounding new drug, though, is the fact that Archie may be getting into it. In the aftermath of his dad's shooting, Archie has quit sleeping in order to stay up holding a baseball bat all night in case the masked shooter returns to his home. We see him pounding energy drinks in the morning, but apparently, those just aren't enough, and he asks Reggie if he has anything to help keep him alert. That's when Reggie offers Archie the jingle jangle, explaining that it will keep him up "in more ways than one" (that other effect is what Moose and Midge were using it for).

When Reggie goes to deliver the Jingle Jangle to Archie, he inexplicably decides to do it wearing a black hood at night. Like... couldn't they have just met in the parking lot or something? Of course, Archie thinks its his dad's shoot returning to finish the job and tackles him, threatening to beat him with his baseball bat until Reggie reveals himself. In a moment of actual clarity, Reggie says that uppers are probably the last thing Archie needs right now, after witnessing the extent of his friend's paranoia, but doesn't say that he's not going to hand them over. To make things worse, he also criticizes Archie's decision to attack a shooter with a bat, and puts the idea in Archie's head to get a gun. And that's exactly what he does at the end of the episode.

So now we've got a potentially drugged-out, gun-wielding, paranoia-addled Archie to deal with. This is going to be interesting...