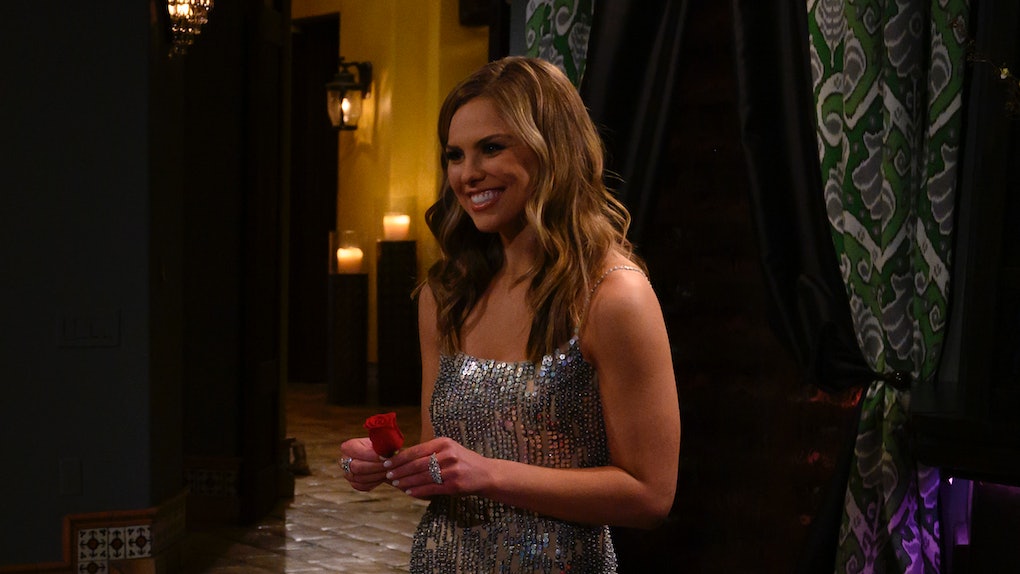 What Is Hannah B.'s Job? The Bachelorette Has A Fun Backstory

Bachelor Nation got to know Hannah Brown when she was a contestant vying for Colton Underwood's heart on the last season of The Bachelor. But, there's a whole lot more to the former beauty queen than what fans got to see on The Bachelor. Starting Monday, May 13, there will be an entire season of The Bachelorette to give fans plenty of time to get to know her as she takes the lead spot on her own season. But before the premiere, what do fans need to know about Hannah B.? Where's she from? What's Hannah B.'s job? It turns out her background is super interesting.

Before she appeared on Season 23 of The Bachelor, Hannah (Can we call her simply "Hannah" now that she's the Bachelorette, or will she forever be "Hannah B." with her initial tacked on?) graduated from the University of Alabama with a bachelor's degree in communication studies with a minor in public relations in 2017. According to the Tuscaloosa News, she worked as an interior designer at Gracefully Done in Northport, Alabama.

But, Hannah didn't spent much time working as an interior designer. Even thought she did love "making customers' dream homes a reality," according to another Tuscaloosa News article, Hannah left her job to pursue her beauty pageant career. After being name Miss Alabama, she went on to compete in the Miss USA competition in 2018. She told the Tuscaloosa News, "Once I entered pageants, I found my voice to be confident to speak to younger people than me to be a role model.”

Diehard fans will remember that Hannah wasn't the only Miss USA contestant on the last season of The Bachelor. Among the other ladies living in the Bachelor Mansion was Caelynn, who not only also competed for the title of 2018 Miss USA, but also roomed with Hannah while they competed. Hannah and Caelynn's complicated beauty pageant past was opened up a bit during their time on The Bachelor, but it turns out that Hannah has also done a ton of good work thanks to her Miss Alabama title. According to the Alabama News Center, she started a program to support mental health awareness in schools. She said, “I am here to encourage people and to be like … hey, I’ve been there, but here I am today. … I’ve been in a dark place, but there is light in the darkness."

It's clear that Hannah's done a lot of work to help improve people's lives, and it'll be exciting for Bachelor Nation to learn even more about her during this upcoming season of The Bachelorette. Hannah seems excited about continuing to be vulnerable in her search for love. After she left The Bachelor, she told Entertainment Tonight:

"I would love to have the opportunity to continue on shedding that layer of just trying to be whatever I think people want me to be and just being myself. I think I really believe in this process and I do think you can fall in love here and be in love and find your person. So, if it could be me, that would be great. I'm really sincere about it.

More like this
What Would An LGBTQ+ 'Bachelor' Season Look Like?
By Abby Monteil
Peter Weber Almost Quit 'The Bachelor' For Hannah Brown — Here's Why He Didn't
By Candice Jalili
Zac Clark's Quote About His Relationship With Tayshia Adams Post-'Bachelorette' Is Honest
By Corinne Sullivan
Stay up to date