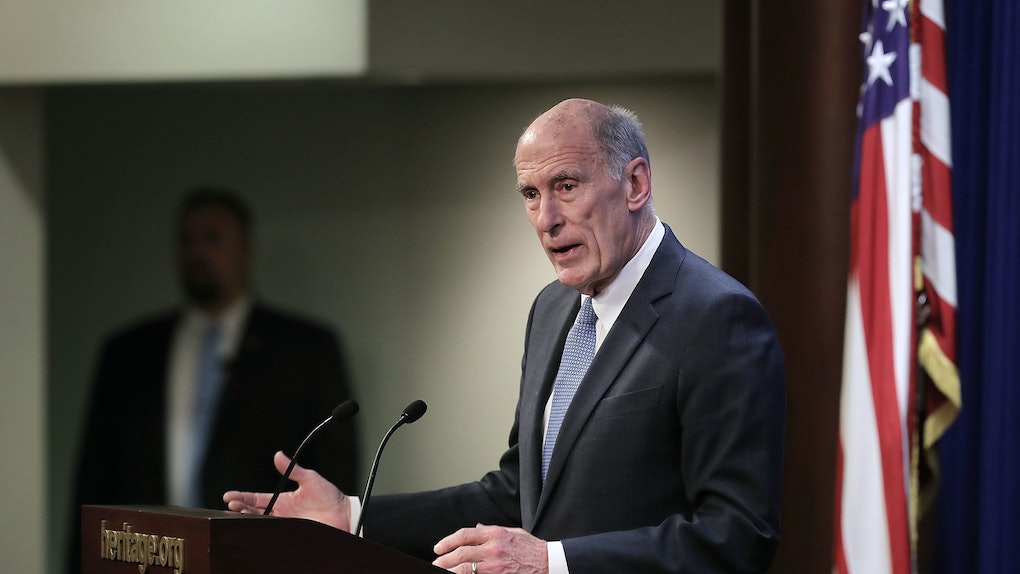 What Is FISA? Donald Trump Is Confusing People About This Law

On Thursday, Jan. 11, President Donald Trump seemed to undermine his own administration when he tweeted in opposition of a government surveillance program. Hours before, White House Press Secretary Sarah Huckabee Sanders issued a statement supporting the program. After his tweet, Trump has people confused about what FISA is and why he is apparently now in opposition to it. The House is scheduled to discuss reauthorizing this program, which is part of the Foreign Intelligence Surveillance Amendments Act (FISA).

Trump's tweet read, "'House votes on controversial FISA ACT today.' This is the act that may have been used, with the help of the discredited and phony Dossier, to so badly surveil and abuse the Trump Campaign by the previous administration and others?"

Let's back up to explain what he's referring to.

Section 702 of the Foreign Intelligence Surveillance Amendments Act (FISA) of 2008 gives the government the right to conduct foreign surveillance on U.S. land. FISA was enacted in 1978, following the Watergate scandal. It basically allows the government to legally eavesdrop on foreign businesses or persons that they suspect are tied to espionage or terrorism. The FISA court is made up of 11 federal judges that are picked by the chief justice of the Supreme Court, according to ABC News. The court sometimes meets during odd hours of the night in private to discuss classified cases.

The House intended to discuss a bill that would reauthorize this surveillance program, as its six-year extension is supposed to expire on Jan. 19. Other libertarian members of Congress have been trying to stop this reauthorization with an amendment called “USA Rights," which has been backed with bipartisan support. The amendment's website describes it as an effort to stop "secretive government spying program to protect the Constitutional rights of Americans."

The Administration strongly opposes the 'USA Rights' amendment to the FISA Amendments Reauthorization Act, which the House will consider tomorrow. This amendment would re-establish the walls between intelligence and law enforcement that our country knocked down following the attacks of 9/11 in order to increase information sharing and improve our national security. The Administration urges the House to reject this amendment and preserve the useful role FISA’s Section 702 authority plays in protecting American lives.

So right after Sanders expressed support for the bill on behalf of the president, Trump turns around and criticizes the surveillance program because he thinks it may have aided the revelation of his own dirty laundry.

The dossier that Trump is referring to in his tweet is a research document that was compiled during the 2016 election that alleged a number of serious charges against Trump. The research was conducted by a group of former Wall Street Journal journalists at a company named Fusion GPS, in partnership with Russian expert and contractor Christopher Steele, according to Vox. Among other allegations, the most damning information in the dossier revealed Russian involvement and blackmail of Trump in the presidential election. Trump has repeatedly denied collusion with Russia during the presidential election and has rejected the dossier as patently false.

Possibly due to criticism, Trump followed up his original tweet by saying, "With that being said, I have personally directed the fix to the unmasking process since taking office and today's vote is about foreign surveillance of foreign bad guys on foreign land. We need it! Get smart!" He makes no mistake that "foreign" is the key word here.

Former FBI Director James Comey also tweeted about the bill, saying, "Thoughtful leaders on both sides of the aisle know FISA section 702 is a vital and carefully overseen tool to protect this country. This isn't about politics. Congress must reauthorize it."

Congress is expected to vote on the bill on Thursday, Jan. 10, and make a decision on whether or not to renew the surveillance program.