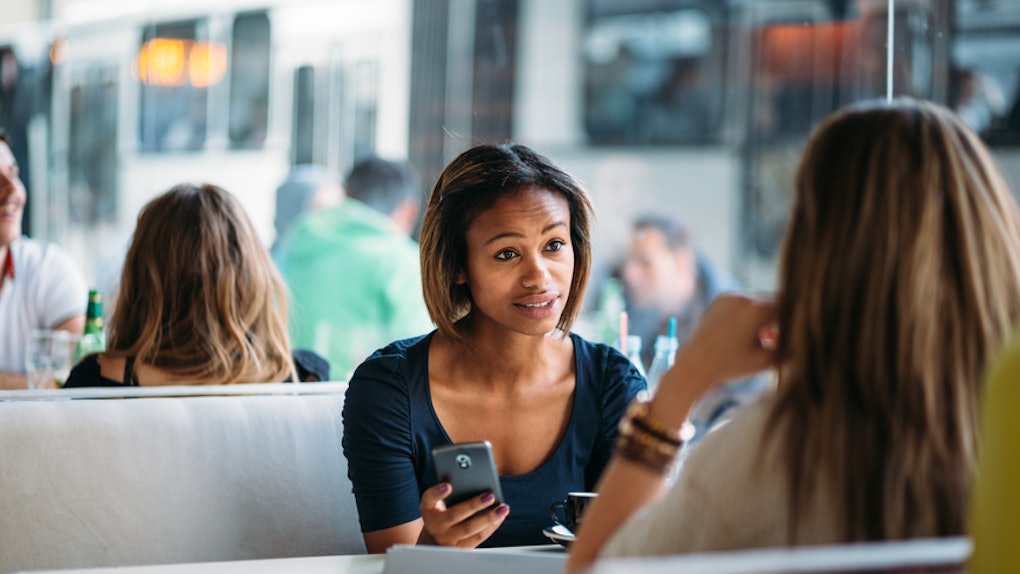 What Is "Cricketing"? This Texting Habit Is Kind Of Rude, But Here’s Why It's No Big Deal

Grab your phone and scroll through your recent texts. How many people were unresponsive to your last message, and how many texts have you read and not yet responded to yourself? It’s one thing not to text back when both parties would unanimously agree the conversation is over, but reading and leaving messages to sit in your inbox without a reply for hours, days, even weeks at a time, is poor etiquette. It’s such a faux-pas, in fact, that this bad habit now has a name, so if you’ve heard the turn of phrase and wondered what "cricketing" is, exactly, it’s when you leave your friends and loved ones hanging by a digital thread while you go about your day, ignoring the sweet note they sent over to your inbox a few hours earlier.

I’m not one to talk, though. I’m pretty much guilty of doing this every single day since purchasing my first cell phone the summer before high school. You know how some people are just naturally bad drivers? I’m naturally a horrible texter. There are definitely some messages that take precedence over others, like ones from my husband, parents, and sisters, but I do try my best to respond to everyone in a timely manner.

I'm not trying to make excuses here, either. But we all know life has a tendency to get in the way of things. Therefore, if I read your novel-long paragraph about how you spilled your venti double caramel machiatto all over your white Nikes this morning, or the play-by-play of your date with Mr. Bumble Match and don’t respond, you really shouldn’t take the silence too personally.

Chances are, you're probably guilty of cricketing, too, so why is it so offensive when you're on the (non)receiving end of it?

Cricketing isn’t a exactly a new concept; people have been brushing off text messages ever since this line of communication was invented, much like the shady act of screening phone calls or ignoring emails. But the label itself is relatively new: The term was coined in 2017 by dating website Plenty Of Fish, who listed cricketing as a common behavior that singles deal with when trying to find love via internet or smartphone.

Not hearing back from someone you consider a potential partner can be especially devastating, Kurt Smith, a therapist who specializes in counseling men, told Huffington Post. But this is one of those things, like ghosting or the slow fade, that sucks no matter who’s leaving you hanging. Interestingly enough, though, according to Dr. Danielle Forshee, LLC, a doctor of psychology and licensed clinical social worker, the resentment you feel toward someone who doesn't respond to a text ASAP is more self-inflicted than anything else.

"Our phones are now an [attachment] to us," Dr. Forshee tells Elite Daily, and because of this, she says, "there are perceived expectations that we have in relationships with others when it comes to response time." In other words, if a partner or best friend takes their sweet time getting back to your text, their "failing" to meet your standards can lead to unnecessary over-analyzing on your part, and you may develop negative feelings toward them as a result. But if you and I are also guilty of cricketing from time to time, then what's the big deal? The truth is, it's not a big deal.

Cricketing can be totally accidental, so unless you know for sure the person you're texting is purposely ignoring you, try not to take it personally.

Take a second to really think about everything you do in a day. When you combine work demands with #adulting responsibilities outside the office, not to mention meeting your BFF for SoulCycle and your parents for brunch, life becomes one big balancing act, and sometimes, your cell phone just gets lost in the shuffle of it all — which, I might add, isn’t a bad thing at all. Just keep in mind, if you’re not attached to your phone, or have a tendency to lose track of time and forget to answer a text you might have glanced at in between daily to-dos, the people you reach out to might be having similar experiences.

The bottom line, Robert Glatter, M.D., assistant professor of emergency medicine, tells Elite Daily, is that you shouldn't let your relationship with your phone take precedence over your relationship with people IRL. Listen, I know myself, and I can be a very impatient person (I'm definitely guilty of sending multiple texts in a row to get someone's attention), but waiting for a text message is the equivalent of your parents waiting by a landline for someone to call. It's not exactly pointless, but it is a waste of energy, emotions, and time. So, how do you cope?

Your first order of business is to rethink your relationship with your phone. According to Michael Alcee, Ph.D., a clinical psychologist based in Tarrytown, New York, smartphones can be "amazing tools for expanding your possibilities to connect," but being hyper-connected at all times, he tells Elite Daily, can potentially lead to addictive behavior down the road, not to mention major let-downs when others don't adhere to the same behavior as you.

From there, Alcee says, consider every and all possibilities that might explain why someone isn't answering your text. It could be that they're in the middle of something important, but it could also be that texting doesn't mean the same thing to them as it does to you. "Millennials or Generation Z may be accustomed to a quicker response time as compared to Baby Boomers [for instance]," Alcee explains. "Some people have stylistic differences, such as those who use text to purely give information."

Long story short: Texting isn't the end-all-be-all of communication. If a friend or loved one isn't responding in a timely manner, it's probably not a red flag that your relationship is on the rocks. If it bothers you that much, though, calling is an option. Seriously, try it sometime.