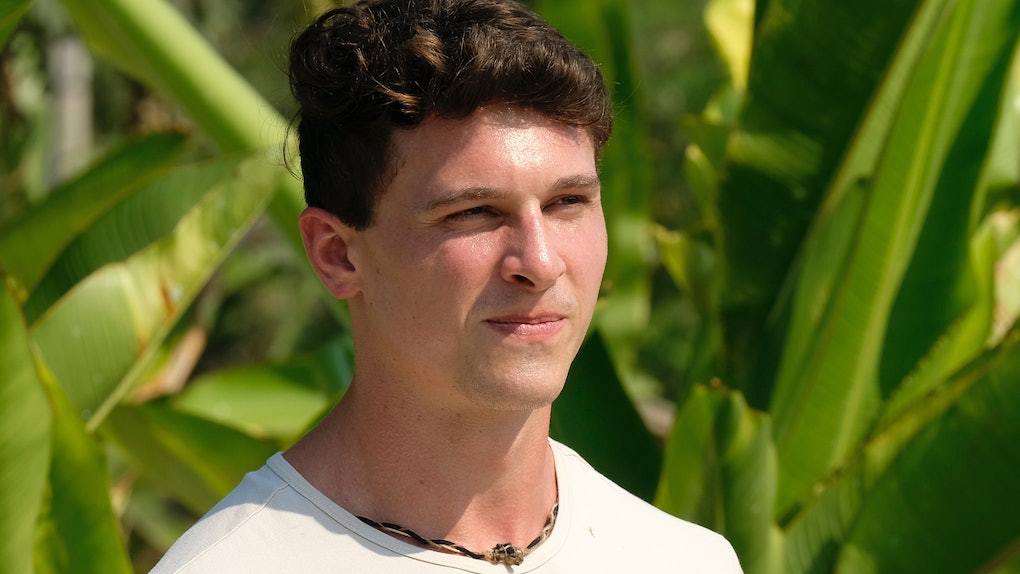 What Is Connor Saeli's Job? The 'Bachelor In Paradise' Star Is The Real Deal

Bachelor in Paradise is filled with fun and games, but the ultimate goal is for the contestants to find everlasting love, with couples "winning" Paradise by getting engaged at the end of the season. Sometimes, though, couples don't take the traditional Paradise route to love, and that's what seems to have happened with contestants Connor Saeli and Whitney Fransway this season when they struck up a connection outside the Paradise resort. Now, fans are asking all the questions about the day-to-day lives these two, and one of the most common questions is: What is Connor Saeli's job? It's a fair question, since viewers can't expect the contestants to lounge on the beach year-round.

Connor first officially became a part of the Bachelor franchise as a contestant during Hannah Brown's season of The Bachelorette. The 24-year-old introduced himself to Bachelor Nation as an investment analyst, and he most recently worked as a special situations group analyst at Goldman Sachs in Dallas. According to his LinkedIn profile, he was responsible for "principal investing and lending directly to middle market companies." Connor worked at Goldman Sachs in that position from July 2017 until February 2019, which is right around the time filming for The Bachelorette began. Now that he's done filming both The Bachelorette and Bachelor in Paradise, will Connor return to his job in finance? Only time will tell. But until his future professional path is revealed, it looks like he's enjoying the glow of his rumored romance with Whitney.

When Connor's not at work, it appears he travels a lot. In his official ABC bio, he calls himself a "travel junkie" and his Instagram has plenty of snapshots from around the world to prove he's earned that title. It looks like he's visited places all around the world, including the Canary Islands, Tulum, and Great Sand Dunes National Park. But even though Connor loves to travel, he had some snarky comments about another Bachelor in Paradise contestant who's on the road a lot. Before Whitney came along on the show, Connor and Dean Unglert were both interested in Caelynn Miller-Keyes. So when Dean made a move to win Caelynn back, Connor was pretty salty about the fact that Dean lives out of a van on the road. However, when the episode aired, Connor at least apologized for insulting the van, tweeting "Sorry van, didn't mean to disrespect you." Dean quote-retweeted him and seemed to clear the air between them.

It turns out, Connor may actually have even more interest in pursuing the van life himself than he let on during the show. Dean appeared on the Sept. 11 of Nick Viall's podcast The Viall Files and lightheartedly recalled that Connor had asked him about his van. Dean said:

He leans over and he goes, ‘Nice to meet you too, man. I would really love to see the van sometime. I’ve been thinking about doing the van life myself.’

Hopefully Connor will be able to incorporate some more traveling into his life, along with his career and his apparent relationship with Whitney.