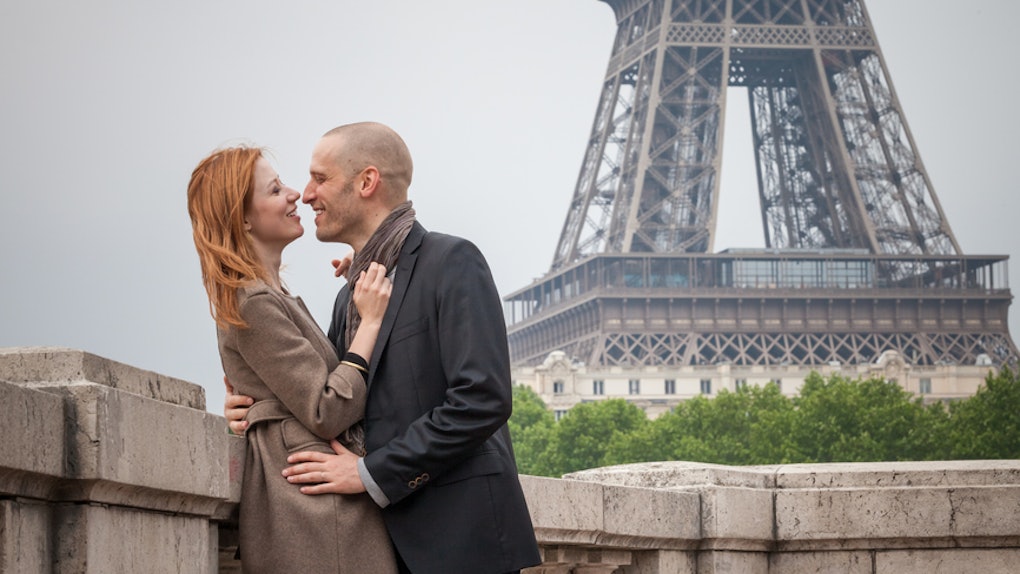 What Is A Long-Distance Relationship Like? Guys Reveal The Truth About Their Experiences

I have a lot of respect for people who manage to make long-distance relationships work. Between the money spent on flights, the FaceTime dates, missing out on stuff with your friends to fly across the country, and the abundance of people condescendingly asking you how it's going, it can seem like a nightmare. But if two people really love each other enough to be able overcome those obstacles, well, I'm intrigued and endeared! And in a recent Reddit thread, dudes shared the truth about long-distance relationships, which gives us all some added insight into the highs and lows of that lifestyle.

In the thread, these dudes got really personal and deep about their experiences. Not all of them worked out, and as you continue to read them, you can tell every single one of these relationships was completely different. Check their stories out for yourself:

It was one of his biggest regrets.

Met a girl in Japan while I was over there, we hit it off and decided to try long distance. We'd spend a few months at each other's places each year.

She got a chance to come work in America, said she was doing it to be closer to me but picked a place significantly further than the closest one, she got wrapped up in friends and I got fed up with not being a priority (she didn't even come to visit me the year she was in the US). One night she told me her and her friends were staying over some guy's beach house and that was the breaking point.

4 years of loneliness ended there. I'll never ever try long distance again. We don't get to turn time back and to lose 20-24 like that is among my biggest regrets. The relationship did help me grow as a person so it wasn't a complete waste but, yea I'm good.

Long distance built their trust up.

Met my now fiancé freshman year of college, she ended up moving to the other side of the US after the first semester. We did long distance for around a year then in January of this year we decided to close the distance so I moved to her... a year later it was the best decision I ever made. Long distance is the absolute worst but part of me is glad it happened. It made our relationship so strong and built trust that could never be broken.

F*ck It. I'll tell a slightly different story than what others have. I was traveling in Australia. On the last weekend I was going to be in the country I got invited to a gathering of friends at a beach camp. Met a woman there and we really hit it off went for a walk on the beach that night, kissed on the sand but nothing more. At about midnight I left for the airport and flew back to America.

The lady and I had exchanged phone numbers and addresses. Now this was 1989. The was no internet. Phone calls from the US to Australia cost a dollar a minute. Letters took two weeks to go and get a reply.

For six months we wrote to each other and spoke on the phone briefly a couple of times a week. Finally I had saved up enough money to get back to Australia. I went and stayed with her and her five year old daughter. We lived together for 6 months but I was on a tourist visa. So I had to go back to America. Spent another 5 months there, sold or gave away all my gear and headed back to Australia.

That was 26 years ago. We got married so that I could stay. Against all odds we are still married.

So long distance relationships can work. But b they certainly aren't for everyone.

They have communication to thank for their success.

I'm currently in one. (for privacy sake I'm changing the places but the regions are the same)I met my gf in Korea while we were there for HS. She was there from 9th-11th grade, and I was there for 10th-12th. She is 2 years younger than me. We hung out mainly my last year of HS and her 10th grade year. We didn't even start dating until I went back to Florida for HS and she went back to Germany to finish her HS diploma. We have been dating for over a year now, and we visit how ever often we can. She plans on joining me at my uni to get her degree and I should be finished with mine soon.The time difference can be annoying, but if I make time in the morning and her in the afternoon, we can talk for 2 hours a day, and more on the weekends. I always call her on my way to school or work to tell her my plans for the day and she tells me what she did that day. Communication has been very crucial for how well we've been doing.

I dated a girl in SLC for a while. From Michigan.

It was super fun, but expensive. I think it took me ten years to pay off that credit card.

It wasn't the long distance that ruined their relationship.

I met a girl who lived the next state over a couple of years ago. I decided to give it a shot because she seemed like a great person (also she was hot - a literal model). I asked her to be my girlfriend a couple of months in, thinking that we would find some time to visit each other. That relationship lasted for 6 months, and to this day I’ve only seen her in person once - the day we met.

Honestly, in retrospect, I was an idiot for thinking that I could make it work. Long-distance or not, the relationship was terrible. We weren’t compatible in any way (Now that I think of it, that seems to be a pattern with me. I should work on that).

He eventually started resenting his partner.

I was in one post college while she was finishing school. About a 2 hr flight away but in the same time zone. I would fly up once a month for a weekend and she would come down for a few days every three months. Some version pf this went on for the next 2.5 years because even when she graduated she took jobs where she lived on site.

Eventually I began to resent her absence and my resentment showed. She cheated on me shortly after and that was it.

The way I rationalized it after is that every time we were together was like vacation where we spent a lot of time adventuring, vacationing, seeing new places with no downtime and work not getting in the way. We didnt actually know how to be together when life slowed down and got more routine.

They've been married one year now!

Met him on world of Warcraft, We dated online for 3 years. Finally got financially stable enough to have him move in with me. He drove 27 hours and showed up 1 hour before I had to leave for work. We ended up getting married a few months later and our one year anniversary was a few weeks ago.

They'll be reunited when they're done with their education.

Met my GF when i was doing my undergraduate studies in India. We became very good friends in the first month or so ( everyone else thought we were a couple even though we weren't at that time). We have a great first year but after that we drifted apart as we went into different fields. So after a 2 and a half years of on and off communications, she asked me if I liked her or not and I confessed that I actually did like her a lot. We had a few months together and after that she went to USA for her PhD and I continued for my masters degree. We met once that year and mostly talk every day morning and night over hangout.

Now, I am in Singapore doing my PhD and we were not able to meet for over a year. We will soon .

Still love her like anything and we plan to marry when our PhD are finished which should be in the next 3 years.

He's relieved it's over.

We met on Reddit, she came and visited a few months after we started talking and got on like a house on fire... I moved down to be closer to her last month. We don't live together, but it's so much nicer having my girl within arms reach that's for sure.

Considering being in a long-distance relationship? If both of you are willing to put in the effort to ensure you love can last the distance, then I'd say it's worth a shot.