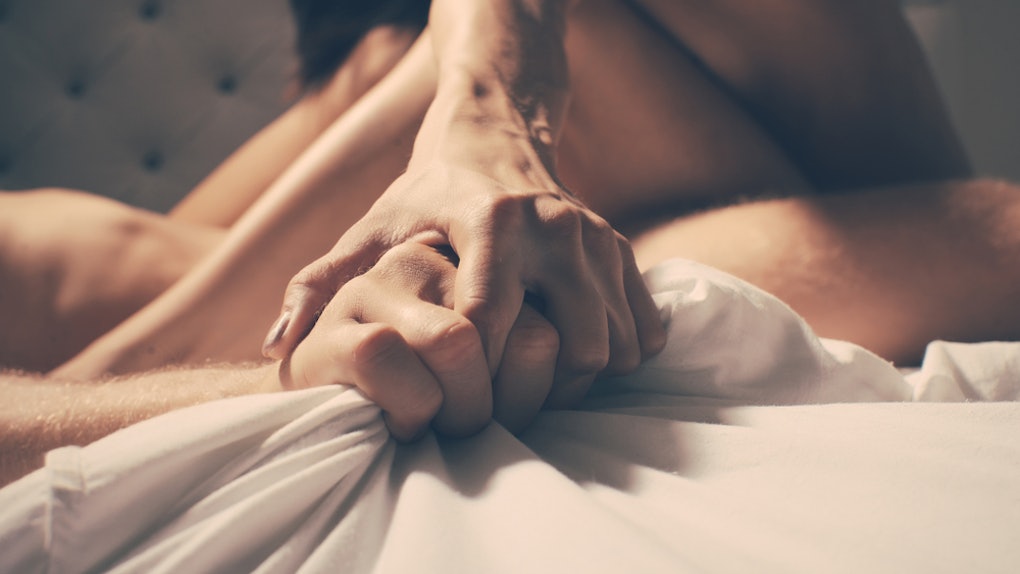 What Happens Inside Your Brain When You're Having Sex? The Answer Is Fascinating

There are lots of reasons why sex is awesome. For one, it feels great, but it's also a powerful way to bond with someone you care about. But there is another thing about sex that is really cool, and it’s something that we (ironically) don't talk about as often — or ever, really. What happens inside your brain when you’re having sex? Not what's going through your mind while you get it on, but what is literally happening in the organ that is your brain while you're getting busy?

There have been a lot of studies about the effects of sexual activity on the brain, but there is still so much we don't know. However, one thing is certain: "The brain is everything when it comes to sex. It's our largest sex organ by far," Dr. Jill McDevitt, sex educator and resident sexologist for CalExotics tells Elite Daily. And the more you know about what is happening in your head during sex, the more you'll agree. So, to help break down the science behind sex, I reached out to the experts. Here's what they told me about what your brain is up to while you're enjoying a little adult fun time.

As you approach orgasm, Dr. Jess O’Reilly, host of the @SexWithDrJess Podcast, tells Elite Daily that the sensation is almost illicit. "[It’s] so overwhelmingly exciting, pleasurable, and rewarding that our brains during orgasm look almost identical to a brain on heroin," she explains. "According to neuroscientist Dr. Gert Holstege, there is only a 5 percent difference between our brain’s observable reaction to sex and heroin, which may explain the euphoric high we experience after a passionate sex session. And since the lateral orbitofrontal cortex, which is the section behind the left eye responsible for sound decision-making, turns off completely during orgasm, we often toss reason to the wind when the prospect of sex presents itself."

It’s at this point that the hypothalamus releases oxytocin, which is also known as the love hormone, says Dr. McDevitt. "[Oxytocin makes] us feel bonded and pleasant. Dopamine is released en mass, which makes us feel euphoric, and the lateral orbitofrontal cortex, the area that controls behavior control, shuts down,” she says. “It's pleasurable because pleasure chemicals are flooding your body while the brain areas that deal with anxiety, control, and other things that can hold us back from pleasure, shut down. After orgasm, the body and brain begin to return to pre-arousal levels.”

While we're still learning about how sex affects the brain, one thing we know for sure is that it’s actually extremely complicated and endlessly fascinating. We might not have all the answers, but we do know that the brain is extremely active during sex, and that exciting mix of hormones is what gets you feeling good. So, long live the brain and all the cool AF things it does during sexy time. Honestly, thanks. ILY.

More like this
How To Not Get Pregnant After He Came In You & You're Freaking Out
By Rachel Shatto
Making Love Vs. Having Sex: Here's How To Tell The Difference
By Anjali Sareen Nowakowski
10 Hot Pictures To Send Your Boyfriend That’ll Tease Him Like Crazy
By Rachel Shatto
Stay up to date