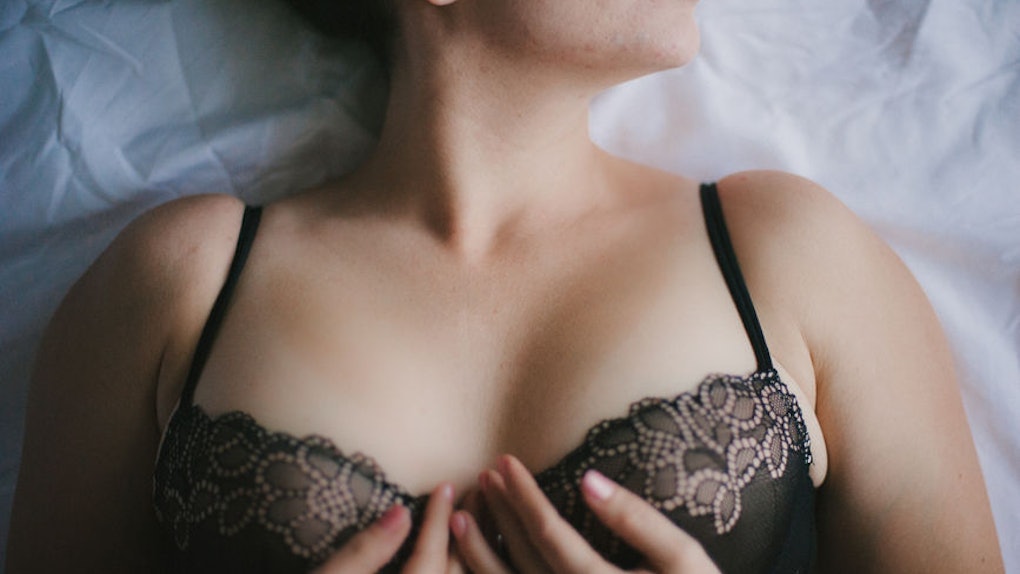 Even though everyone's relationship to self-pleasure is individual, Dr. Queen points out that letting go of mental inhibitions is an important part of having satisfying sexual experiences, both alone and with a partner. "If someone is inhibited, that inhibition must itself be inhibited by the brain for them to have a successful sexual experience of any kind," she says. "In this situation, the lateral orbitofrontal cortex cools down its usual job of reasoning and making value judgments." Basically, shifting into a sexual headspace requires the brain to partially bypass some of the normal mental processes that might hinder arousal.

Experiencing sexual pleasure involves "parts of the brain that process emotion, and our bodily awareness tuning in," adds Dr. Queen. "The brain controls the full-body physical experience of arousal and the sexual response cycle. This includes increased blood flow, heightened blood pressure, flushing, body chemistry, hormones, and arousal-related changes in the genitals like erection and wetness."

Both Dr. Queen and Michaels also note that the brain's activity during sexual arousal seems to peak during orgasm. "At orgasm, the brain lights up, notably the genital sensory cortex, hypothalamus, thalamus, and substantia nigra," explains Dr. Queen. "While some segments in the ventromedial prefrontal cortex and amygdala with their 'control center' functions, do the opposite." According to Dr. Queen, the function of the ventromedial prefrontal cortex and the amygdala are likely temporarily inhibited to allow the body and mind to fully surrender to orgasm. The end result is a rush of feel-good hormones. "The neurochemistry of arousal and orgasm involves oxytocin, prolactin, and endorphins as well as dopamine," she adds. "Post-orgasm, serotonin levels, a hormone that promotes relaxation, also go up."