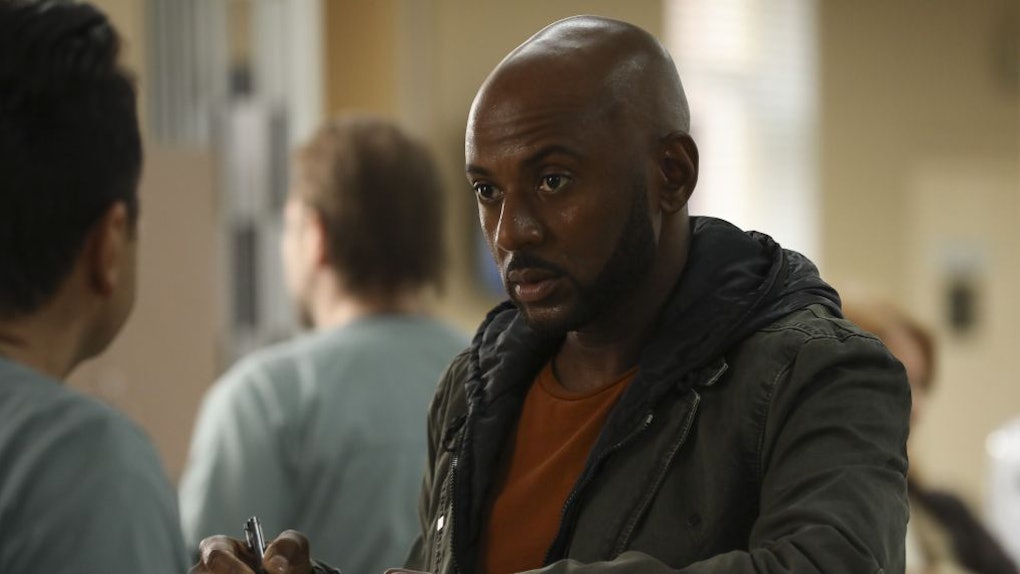 What Happened To Rome In 'A Million Little Things' Season 1? Here's A Refresher

If there's one thing audiences can take away from A Million Little Things, it's the reminder that life is full of plenty of ups and downs. There's only been one season of the ABC drama so far, but already audiences have watched its characters deal with enough big moments to last a lifetime, rather than just one year. The series returns for Season 2 Sept. 26, so it's time to catch up on everything that went down last season. What happened to Rome in A Million Little Things Season 1? The character faced a lot of challenges.

Season 1 of A Million Little Things began with the death of Jon (Ron Livingston) and its effects on his friends and family. Jon died by suicide, and his friends and family spent all of the first season trying to understand why. However, what the characters learned throughout the season was that Jon's friend, Rome, had also been having suicidal thoughts. When audiences first met Rome (Romany Malco), he was about to swallow a bunch of pills, and he probably would have had an overdose had he not been interrupted by a call from Gary (James Roday), telling him Jon had died. Clearly, Rome was in a dark place when he was first introduced on the show, and A Million Little Things Season 1 followed his journey to seek treatment for his mental health.

Rome and his wife Regina (Christina Moses) had a seemingly perfect life together before the start of the series, but once Rome started reexamining his life, he made some big changes. In an effort to be happier with his life, he decided to quit his job as a TV commercial director to focus on writing and producing his own screenplays. In addition to bringing more joy into his life, this decision led to a major plot twist when Rome left one of his screenplays in a hospital waiting room and it was picked up by a teenager named PJ (Chandler Riggs). It turned out, PJ has a deeper connection to Jon's past and the mysteries surrounding his death.

In addition to making a career change, Rome sought psychological help from his friend Maggie (Allison Miller). However, though Maggie is a therapist, she referred Rome to another doctor so there would be no conflict of interest in his treatment. Rome began taking medication to treat his depression, but he also had to deal with the medication's subsequent side effects and the challenges of explaining his mental illness to his family.

At the end of Season 1, Rome and Regina were faced with one more challenge that will likely be a big part of their story in Season 2. Before the events of Season 1, the couple had not planned to have children, but as things changed, Rome started to feel differently. The conflict started bubbling up in subtle ways, such as when Rome was thinking about whether they should buy a car that would be suitable for a baby, and Regina was clearly not on the same page as him. Malco explained the conflict to TVLine:

As much as he wants a baby, there’s still a part of him that’s trying on the concept. So it’s not an immediate thing. There’s a lot of doubt in Rome, the way that I chose to play him, whether or not he actually will be able to handle it, whether or not he’d be able to keep himself together enough to father a child.

When A Million Little Things returns, it will likely pick up with Rome and Regina trying to grapple with the possibility of expanding their family.