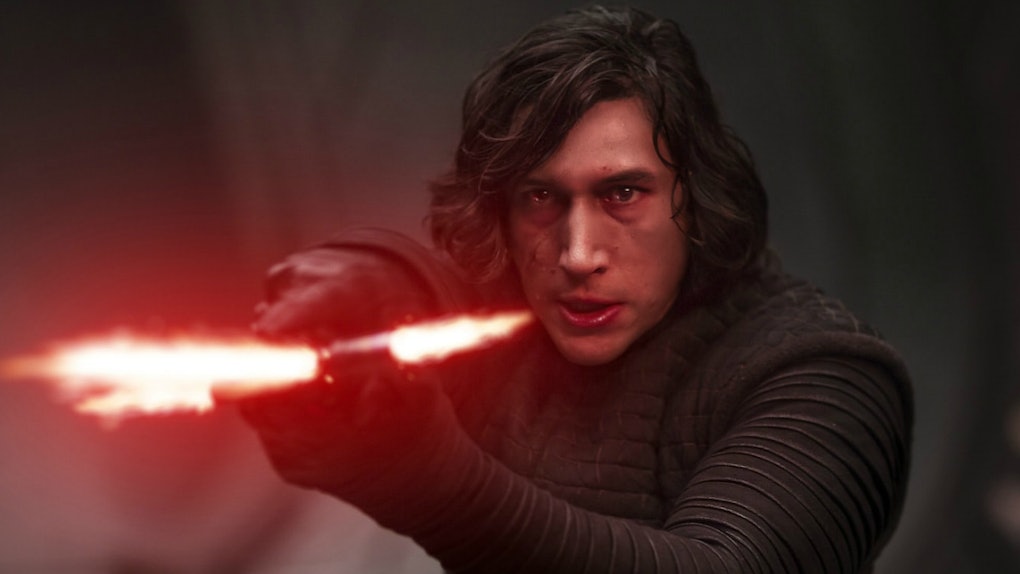 What Happened To Kylo Ren At The End Of 'The Last Jedi'? Refresh Your Memory

Star Wars' sequel trilogy has been one of the most successful reboots of any property in modern history. Star Wars: The Force Awakens brought in $2 billion when it was released in 2015 and Star Wars: The Last Jedi brought in over a billion in 2017. But with Star Wars: The Rise of Skywalker on the way, fans are realizing it's been two years since they've seen these characters. For those who need a refresher, here's what happened to Kylo Ren at the end of The Last Jedi.

Kylo Ren is one of the two hearts of the sequel trilogy, which is now referred to as "The Skywalker Saga." That's because, as far as fans know, he is the last living Skywalker of the Saga's title. Born Ben Solo to Han and Leia after the events of the original trilogy, he turned to the Dark Side of the Force years before the sequels began. In doing so, he drove his uncle Luke into self-imposed exile and destroyed what was left of the Jedi Temple, making it so that no one could rise up against him.

But in The Last Jedi, Kylo and Rey are now obsessed with each other. Rey believes that Ben Solo is deep inside Kylo, and she is the one who can turn him to the Light. Ironically, Kylo thinks the same about Rey, that he can turn her to the Dark Side, and they can rule together. When they fight Snoke's guards together, each believes the other has turned their way. It's a heartbreaking moment when they both realize they are wrong.

For Rey, it's proof she has to give up, join up with the Resistance and overthrow the First Order without Ben. But for Kylo, it was a moment of rage and loneliness that hardened his heart and made him go after the Resistance even harder.

So when Luke Skywalker appeared, walking out of the Resistance bunker, ready to fight, for Kylo, it was a sign. He would go down and take out his old mentor once and for all, killing the man who trained Rey in the process and hurting her the way she hurt him.

But Luke wasn't really there. Kylo was fighting a force projection while the rest of the troops boarded the Millenium Falcon, and Rey flew them away to safety. Kylo, blinded by rage, didn't realize it was all a trick until it was too late. As the movie ends, and the Resistance escapes to rebuild and fight another day, Kylo walks through the bunker where his mother had been only a few minutes before. He'd lost everything he ever cared about and failed to defeat his mentor too.

Star Wars: The Rise of Skywalker will pick up a year or more after these events, as Rey and Kylo prepare to face each other down for the last time. The films opens on Friday, Dec. 20, 2019.