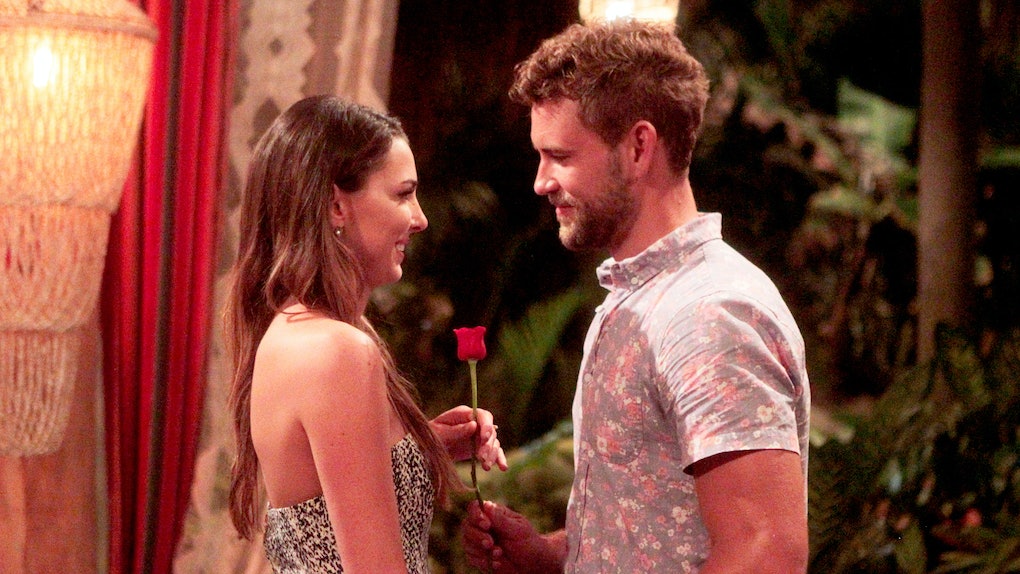 What Happened To Jen On 'Bachelor In Paradise' Season 3? Nick Viall's Ex Is Back

Women stormed the beach of Bachelor in Paradise in Week 3, and by this stage of the summer spinoff series, new arrivals are usually less-familiar faces from the franchise. After welcoming eliminated contestants from Colton Underwood's Bachelor season, the cast met a Paradise veteran when Jen Saviano arrived. It's been quite some time since she was last on the beach, so many fans are probably wondering what happened to Jen on Bachelor in Paradise Season 3. The big thing is that she ended up in a romance with Nick Viall right before he became the Bachelor.

With that relationship long behind her, Jen arrived at the Paradise beach for a second round in Aug. 20's episode. Although Caelynn Miller-Keyes was originally afraid Jen would steal her love interest, Dean Unglert, Caelynn ultimately had nothing to worry about, since Dean decided to remain loyal. Jen then laid eyes on Chris Bukowski, another old pro at Paradise, and asked him out on her first date. Chris was initially reluctant about saying yes because of his connection with Katie Morton, who told him to go out with other women in an attempt to seem casual. "I feel like me and her are on two different positions on what we want out of this," Chris later told Jen.

Chris ultimately decided to go on the date, which entailed hanging out on a catamaran together and, in Chris' case, becoming nauseous. The date improved later on, perhaps because Jen is used to going with the Paradise flow.

After appearing on Ben Higgins' Bachelor season, Jen joined the Season 3 cast of Paradise in the show's third week and instantly clicked with Nick, who was an original cast member after he finished as a Bachelorette runner-up two years in a row. The two stayed together for the rest of the season, and until the proposal stage, their biggest drama entailed Nick butting heads with former Bachelorette foe Josh Murray.

Although Jen was ready for a marriage proposal, Nick backed away from the opportunity in the season finale. "I wanted to say I was in love with you, but something in my heart just said I can’t," he told her. "Sometimes you wish you could tell your heart what to do, and if I could, I would tell it to choose you. I just feel like something’s telling me to say goodbye."

After the two parted ways, Jen posted an Instagram photo detailing her post-breakup routine. She wrote, "When you get dumped... Here's what you do: you order an XL pizza, bottle of wine & watch How To Lose a Guy in Ten Days... because you know, I'm good at that."

Nick took a more sentimental approach to his Instagram reaction, writing, "It's not easy saying goodbye to someone as incredible as [Jen]. One of the most beautiful, graceful, and intelligent women I've ever met. So lucky to have had her in my life. She deserves the world."

Of course, Nick was announced as the Season 21 Bachelor before this split even aired. The quick turnaround and a rumor that he and Jen continued seeing each other after filming prompted online suspicion that he dumped Jen to accept the titular gig. Nick denied these claims, but maybe Jen's latest Paradise stint will shed some light on that unsolved Bachelor Nation mystery.