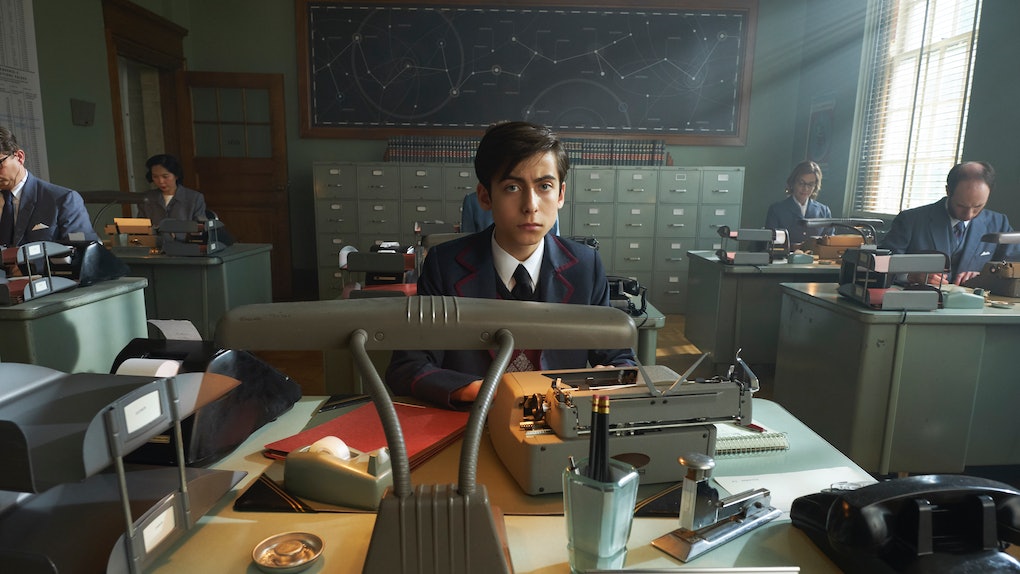 What Happened To Five In 'The Umbrella Academy' Season 1? Refresh Your Memory

Season 1 of The Umbrella Academy began at a very auspicious moment. Sir Reginald Hargreeves, the school's founder and patriarch, had died. His five remaining adopted children, Luther, Diego, Allison, Klaus, and Vanya, returned home for the funeral. Hargreeves initially adopted seven children, but Number Six, Ben, died a few years back, and Number Five disappeared in a time travel accident before he picked himself a real name. But then Five returned, falling from the sky just as the ceremony ended. So, what happened to Five in The Umbrella Academy Season 1? His wibbly-wobbly timey-wimey life got a little weird.

When Five returned in 2019, he had been missing since 2002, when he was 13. But in his time, it had been somewhere around 45 years, most of which was spent alone on a desolated, post-apocalyptic Earth, with only a mannequin named Dolores for company. In the last few years, he was rescued and recruited by a group known as the Temps Commission. The Commission, as most call them, are timekeepers. They're a bureau dedicated to keeping the timeline from being altered by either well-meaning or malicious forces.

Tortured by his experience of living in a post-apocalyptic world, Five did some research and confirmed, to his horror, that his own family is responsible for the world ending. Determined to fix it, he illegally traveled to 2019 to gather them together and save the world.

There were just three problems. The first was that the rest of Five's siblings had grown up. They were no longer 13-year-old idealists trying to save the world, but wounded adults who were all deeply in need of therapy. They were not interested in teaming back up, and they weren't sure they believed Five anyway.

The second problem was the Commission, which again is dedicated to keeping the timeline from being altered, even by well-meaning souls like Five. Five's boss, the Handler, took his going AWOL personally and sent Hazel and ChaCha, two trained assassins, after him and his family.

In the end, Five's actions were what caused the end of the world, by gathering his siblings together and trying to take down Vanya. They accidentally caused her laser beam to go wide and hit the moon, destroying and the Earth along with it.

Five did do one thing right, though. In the seconds before the world ended, he gathered his siblings together in a circle, including Vanya. As the world exploded, he hurled them back in time to reset the timeline to make it right.

Unfortunately, it seems the apocalypse may have followed them to their new spot in the timeline. The Umbrella Academy Season 2, which arrives on Netflix on Friday, July 31, will show how that plays out.

More like this
'Cobra Kai' Season 4: Netflix Release Date, Cast, Trailer, Plot, & More
By Ani Bundel
When Will 'Grey's Anatomy' Season 17 Be On Netflix? Here's What To Expect
By Ani Bundel
This 'Stranger Things 4' Theory About Eleven's Past Is Super Dark
By Ani Bundel
Stay up to date