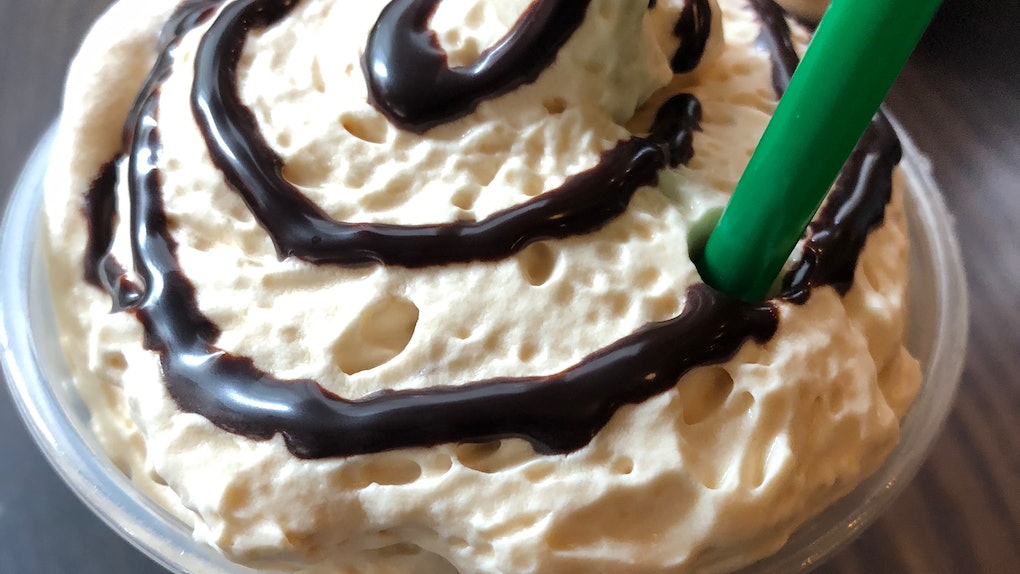 What Does Starbucks' Triple Mocha Frappuccino Taste Like? The Name Says It All

In spite of my intense love for all things "food," I usually don't have much of a sweet tooth (unless, of course, it happens to involve chocolate). I absolutely love anything that has little hint of cocoa, whether it's in the form of chocolate itself, ice cream, candy, cake, or coffee. If you've been wondering what Starbucks' Triple Mocha Frappuccino tastes like, it's a chocolate lover's dream come true.

If you've never had Starbucks' classic Mocha Frappuccino, then you should probably re-evaluate your life choices. The Triple Mocha Frappuccino is somewhat similar to the original, but it's an entirely different story. Upon your first sip, you'll taste cold mocha and bursts of coffee, along with an icy aftertaste of Sweet Cold Brew Whipped Cream. It's one of life's greatest miracles. If you're up on coffee trends, it's where the party's at nowadays.

If you happen to own some sort of camera, or even a phone with a camera, then I'd definitely bring it to Starbucks with you. The Triple Mocha Frappuccino is incredibly photogenic, and you'll definitely want to snap a few pics. With layers of mocha coffee frappuccino, Sweet Cold Brew Whipped Cream, and dark mocha sauce, it's a gorgeous sight to see. Is this considered one of the Wonders of the World? If it somehow isn't already, it should be. It's the photo opportunity of a freaking lifetime, people.

If you don't trust my opinions as to how delicious it is, coffee fans and Starbucks connoisseurs nationwide are falling in love with it. Between its delicious taste, gorgeous looks, and, of course, its all-around exciting debut, the world is so hyped.

Also joining the Starbucks menu on May 1 is the Sweet Cold Brew Whipped Cream. It consists of cold brew coffee, dark caramel sauce, white chocolate mocha sauce, and, the star of the show, whipped cream. I don't know about you, but Sweet Cold Brew Whipped Cream truly sounds like the drink topping of a lifetime, and you can get it on any Starbucks drink you want for 50 cents extra. If my birthday cake isn't topped with this stuff this year, my birthday will be totally and utterly ruined.