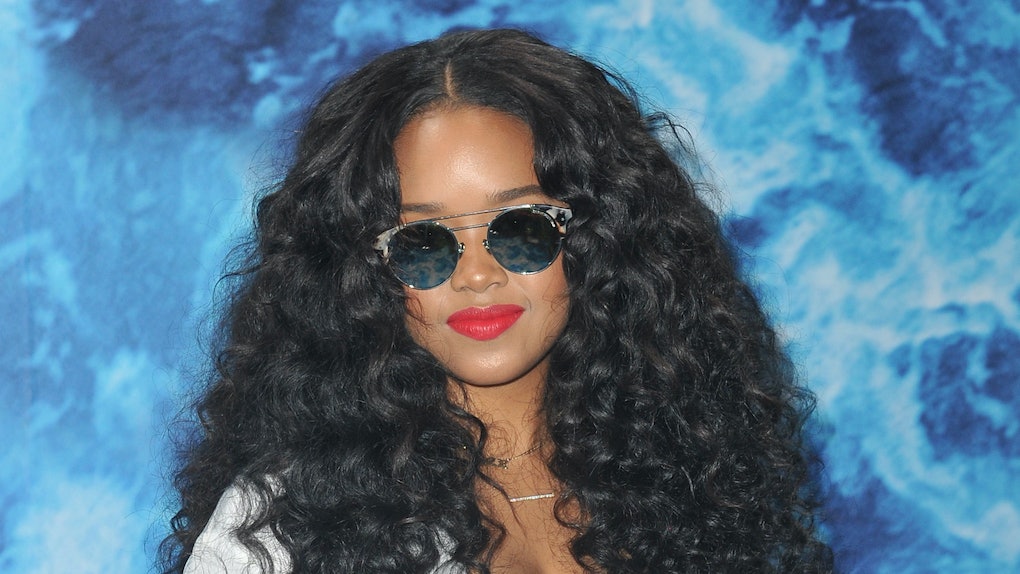 What Does H.E.R. Stand For? The Artist's Name Is Enigmatic & Revealing All At Once

The 61st Annual Grammy Awards is just around the corner, and you know what that means: tons of incredibly talented (and well-dressed) artists who are all ready to see if they'll take home that little golden gramophone, and the honor of being acknowledged as one of the best artists in the business. I don't know about you, but I am beyond excited — especially now that the Grammy nominations have been revealed. One artist in particular, H.E.R., has captured a ton of attention for her five (yes, five) nominations, and many fans are wondering, what does H.E.R. stand for? The acronym is actually super interesting and mysterious at the same time.

In her first face-to-face interview ever, H.E.R. spoke with the Los Angeles Times back in July 2017, and explained what her stage name truly meant. The acronym stands for Having Everything Revealed, and it plays into the fact that she is anonymous, never confirming her true identity as Gabi Wilson (since everyone is 99.9 percent sure she's musical child prodigy Gabi Wilson).

"Whether you know who I am or not, you don't really know who I am," she told the publication, reportedly laughing while saying, "I'm not going to confirm my identity."

So, why is H.E.R. not interested in revealing her true self? Manager Jeff Robinson told the Los Angeles Times,

Coming out in this kind of way has made her freer so that she can just concentrate on making music, and having people judge the music for what it is ... In today's society too many people are caught up on the superficial. 'What does she look like? How do they dress? Who are they friends with?' It should be back to being about the music — like it used to be.

Totally here for this.

Fast forward to today, where H.E.R. is nominated for a whopping five nominations, including Album Of The Year, Best New Artist, Best R&B Performance, Best R&B Song, and Best R&B Album. So, you know. No big deal.

In her interview with Billboard, she spoke about how it's surprising to her that she received all of these nominations without ever verifying her true identity. She told the site that "it's just a beautiful thing that my identity isn't attached to my music and it's proof that people just genuinely love the music," adding that "people just love the music for what it is. It's not about looks, followers, clout, or anything. It's just about pure music."

Yes, girl, it certainly is.

Come on, girl! We promise not to say anything if you do decide to flip up those shades. Honestly, whether she goes on stage in glasses or not, it's pretty clear that H.E.R. is already changing the game when it comes to instilling confidence in her listeners — young women in particular. In her interview with Elle back in September 2018, she said,

I've become a voice for young women who are growing up and uncomfortable being vulnerable, uncomfortable with changes, heartbreak—and becoming jaded. It's about acknowledging it and empowering yourself, and empowering other women, sharing those stories, and making people feel like they're not alone.