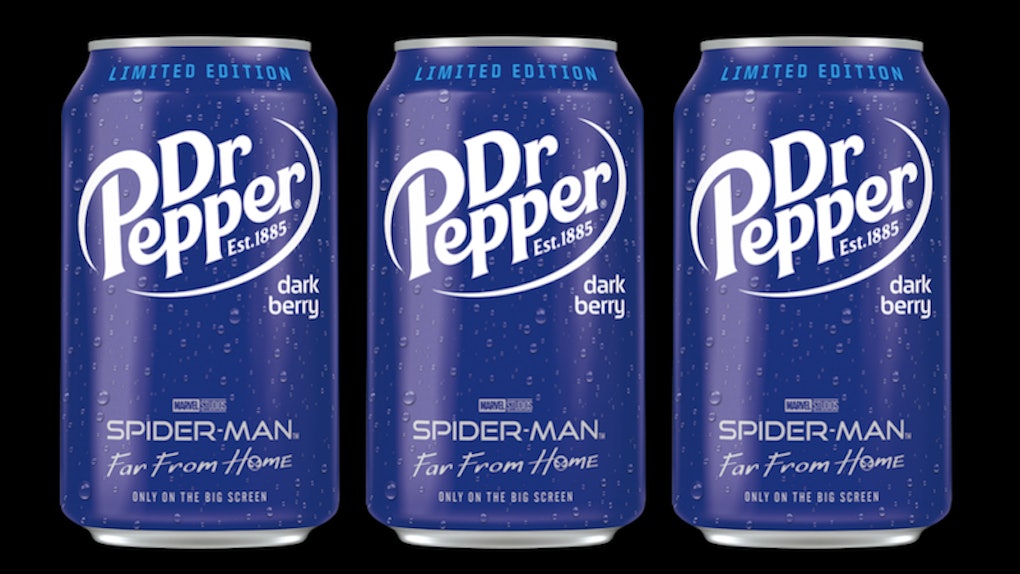 What Does Dr. Pepper Dark Berry Taste Like? This Fruity Sip Will Make You Nostalgic

In case you missed it, Dr. Pepper released a brand new limited-edition flavor on May 1. It's called Dr. Pepper Dark Berry, and it's a bit different than the soda you're used to. If you haven't tried the new flavor yet, you're probably asking yourself, "What does Dr. Pepper Dark Berry taste like, anyway?" Let me put it this way: If you like berries, then you'll probably enjoy it.

Dr. Pepper Dark Berry features fruity flavors like black cherry, black currant, and blackberry, according to the brand's official factsheet about the drink. However, the Dark Berry selection also features the OG Dr. Pepper flavors that customers know and love — so don't worry about losing its classic taste.

Between its classic Dr. Pepper taste and hints of fruit, it sounds like the perfect seasonal sip.

I say "seasonal sip" because Dr. Pepper Dark Berry won't be around forever. According to the brand, it officially became available on May 1, 2019 and will be on the shelves "for a limited time only." Yes, I know, that leaves a lot to the imagination as far as availability goes. Will it be available for a few weeks, or will it be available for a few months? Unfortunately, I don't have the answer to that. However, there is one thing that you can keep in mind while you're searching for Dr. Pepper Dark Berry.

As you can see (from the product's packaging in the photo above), Dr. Pepper Dark Berry was released to honor Spider-Man: Far From Home. The movie itself doesn't come out until July, which means there's always a chance that Dr. Pepper Dark Berry will still be available around that time. That theory hasn't been confirmed, but it makes sense.

In the meantime, grab a box (or bottle) of Dr. Pepper Dark Berry soon and stock up for the summer. That way, you'll be all set (whether the flavor's still out in July or not).

Now, you're probably wondering where you can buy Dr. Pepper Dark Berry in order to stock up for the season. According to the brand's official factsheet, the flavor is currently available on "shelves nationwide" — so check your go-to supermarket to see if it's carrying the new drink. Right now, you can buy a 12-pack of 12-ounce cans for a suggested retail price of $5.29, or a 20-ounce bottle for a suggested retail price of $1.99, per the brand.

With that being said, give the new flavor a try while it's still on the shelves. If you like the OG taste of Dr. Pepper and the nostalgic taste of blue ice pops, then you're in for a real treat.

More like this
What's In Kellogg's & GLAAD's Together With Pride Cereal? Expect Berry Flavors
By Daffany Chan
Mother's Sparkling Mythical Creature Cookies With Unicorn Shapes Are Majestic AF
By Cianna Garrison
Here's Where To Buy Baileys' Piña Colada Flavor For A Taste Of The Tropics
By Cianna Garrison
Stay up to date