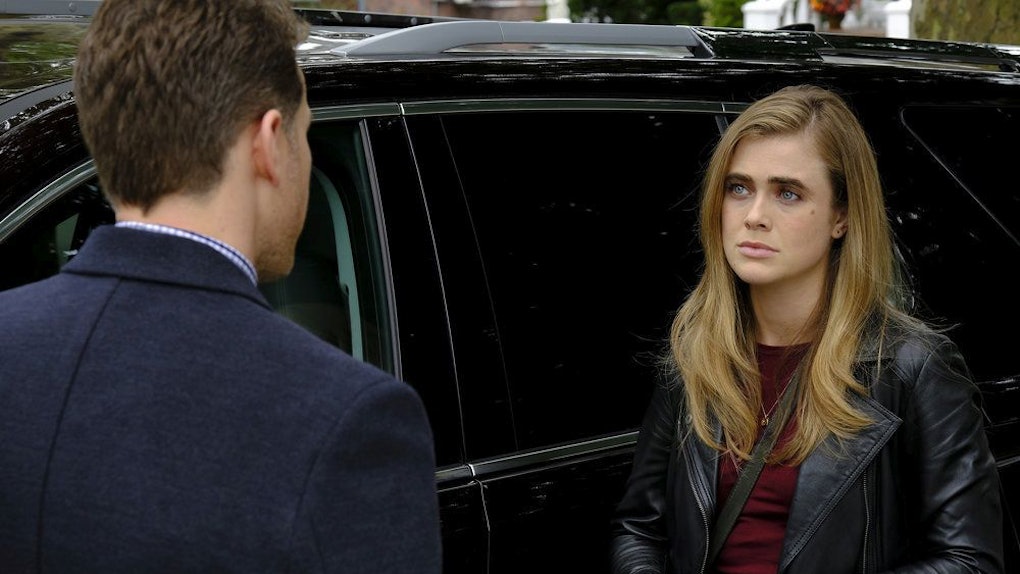 What Does Cal's Drawing On 'Manifest' Mean? He Foresaw Michaela's Next Case

After last week's Cal-centric episode at the hospital, Manifest took a break from stealing New Amsterdam's thunder to go back to being a cross between Law & Order: The Calling and X-Files: UDS. But even if Cal wasn't a significant part of the action, his well-being hung over the proceedings, as well as his ability to be far more tuned into whatever happened to them than the adults around him. What does Cal's drawing on Manifest mean? Warning: Spoilers for Manifest Season 1 follow.

If it's the Law & Order part of Manifest, this means the show is spending time with Michaela. Her best friend Evie may have passed away six years ago, but it's only been six months and change for Michaela, who is also still trying to get over Jared went and married her other best friend, Lourdes.

Michaela's cases always seem to tap into her newfound abilities, and this week was no exception. From the moment she ran into Enrique's Barber Shop, she was hearing things, a heartbeat, strong and steady. But it wasn't the owner. Enrique was dead before she arrived and nothing could be done to change it.

For a minute it seemed like it might be a tracker to what would happen next, as the next time Michaela heard it, she was at dinner and Lourdes had just solved why Carlos, Enrique's nephew was so unforthcoming over IDing the killer: "She didn't want justice, she wanted revenge." Michaela tracked the heartbeat back to Carlos and even talked him out of a revenge murder. But it didn't stop the beat. It did lead Michaela to the junkie who killed Enrique after he got out of jail from overcrowding. But even this didn't end the sound.

When Michaela when to visit Carlos, she heard it again, loud and strong. It was then Michaela saw it: a picture of Evie on the mirror, along with the other family photos. Turns out she was an organ donor, and after she died in the car accident, her heart was given away...to Carlos. It saved his life. The reason Michaela was drawn to this case and this calling was she was saving the boy who carried her best friends heart.

But before this happened, before she ever stepped foot in the barbershop, heck before the events of last week put Cal in the hospital, he knew this was going to happen. He'd already drawn it. As Michaela and Ben talked over what she'd just experienced, Michaela saw the picture, stuck up on the fridge with magnets.

Cal has done a drawing of Carlos. The picture is unmistakably him, with the big curly hair and Evie's heart on his shirt, in his chest. Somehow Cal knew Carlos had Evie's heart, and Michaela would one day meet him, and learn her friend's death saved a life. Michaela's finally found peace, knowing Evie's heart beats on. But it's just more proof Ben's calling a few weeks back was right: It's all connected.

More like this
Netflix's 'Bridgerton' Spinoff About Queen Charlotte Will Deliver So Much Royal Drama
By Cianna Garrison
Paramount+'s 'iCarly' Revival: Release Date, Cast, Trailer, & More
By Cianna Garrison
These Theories About Annabelle On 'Cruel Summer' Will Make You Think
By Rachel Varina
Stay up to date