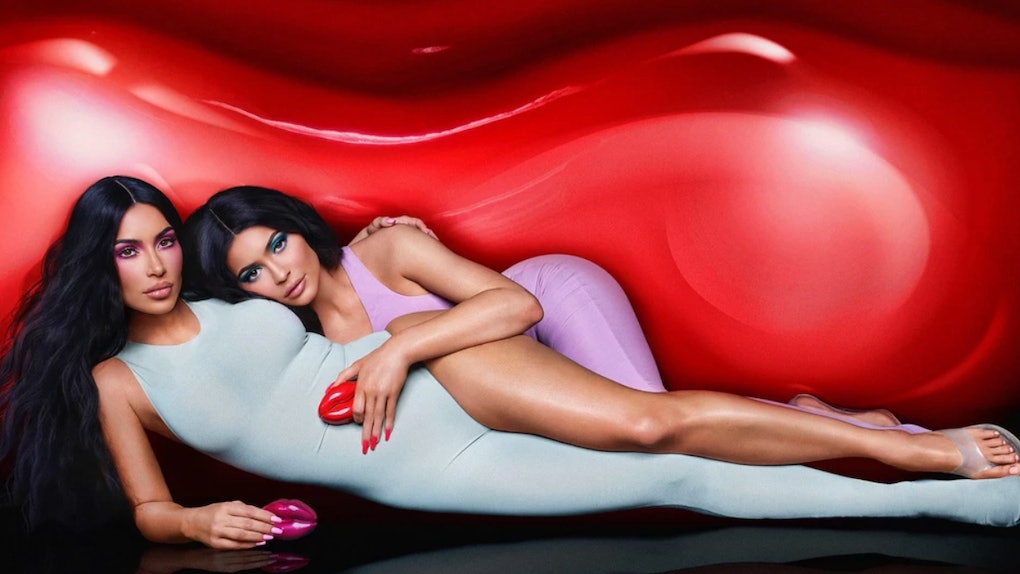 What Do The Kylie Jenner By KKW Fragrance Lips Perfumes Smell Like? They Sound Heavenly

A drop date of August 23 has finally been confirmed for the long-awaited perfume collaboration between Kylie Jenner and Kim Kardashian. With that important detail out of the way, it's time to get to more pressing questions. What do the Kylie Jenner by KKW Fragrance lips perfumes smell like? Thanks to a recent Instagram story posted by Jenner that outlines all three scents as well as product descriptions on KKW Fragrance's website, you'll be able to get an incredibly accurate idea of which one you might want to snag before it even hits virtual shelves. All three fragrances sound beyond heavenly to me, so don't be surprised if you're left wanting to try out all three by the time you finish reading this.

If you haven't been following the collaboration's saga, the fragrances were initially supposed to be released in April but were delayed because "a few of our bottles did not pass durability tests while on the assembly line," according to a statement that was released by Kardashian. It seems that now, four months later, the lip packaging is finally ready to go, and eager fans will finally be able to get their hands on the the floral perfumes. Come August 23 at 12pm PST, you'll be able to shop each individual fragrance for $40 as well as a bundle of all three for $110 on the KKW Fragrance website, so read on to see which product strikes your fancy ahead of the launch.

The first fragrance is called Nude Lips, which is described as vanilla amber musk, and according to Allure, it's Jenner's favorite of the bunch. Featuring opening notes of solar spices and lily of the valley; heart notes of nude magnolia, jasmine, and peony; and finishing notes of tahitian vanilla, vibrant amber, and musk, it's a fragrance that sounds rich, ultra feminine, and perfectly balanced.

Next up is Pink Lips, described as solar floral coconut, which boasts a decidedly more citrusy formula, if you're into that sort of scent. Opening notes include mandarin and Italian bergamot; heart notes include solar gardenia, coconut water, and exotic tiare; and finishing notes include creamy coconut, pink musk, sandalwood, and liquid amber. Island babes, this fragrance has got your name all over it.

Last but not least is Red Lips, which is described as opulent white floral and is Kardashian's favorite select of the bunch. Fittingly, this one warm and sophisticated but with a slight edge. It opens with notes of blood orange and red lotus flower, followed by heart notes of red gardenia, exotic ylang, and warm ambrette, and closes with notes of vanilla bean, red cedar, and plush musks.

Have you decided which scent best suits your personality? It's nearly impossible to discern for sure which one you'll love most so you might as well grab all three — right? Buying the Lips Bundle will allow you to save $10 compared to if you bought each fragrance individually, so go ahead and bookmark the product page now.