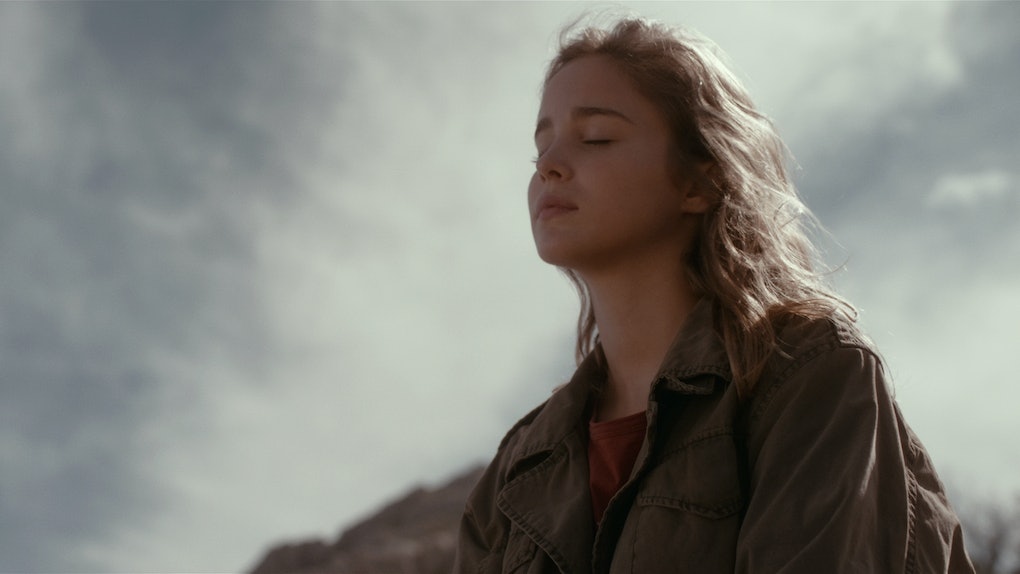 Warrior Nun is a strange mashup of a superhero comic and Catholic fairy tale. Set in present-day Spain, the series revolves around the titular Warrior Nun, a woman of faith who is powered by having an angel's halo embedded in her back. Surrounded by the Order of the Cruciform Sword, women of the cloth taught to fight like ninjas, the Warrior Nun battles demons here on earth to keep humans safe. But Warrior Nun, as a series, has some eccentricities. For instance, Netflix's Warrior Nun episode titles' meanings, which are all taken directly from the Bible.

Warning: Minor spoilers for Warrior Nun follow. For those who grew up with religious education, the Bible's "chapter and verse" structure will be familiar. But even for those who don't, short-handing certain famous lines by referring to them by section, chapter, and verse has permeated Western culture. (Think of people holding up signs at sporting events that read "John 3:16" or seeing cars with bumper stickers that say "Psalm 23.")

This shorthand is exactly what Warrior Nun has adapted for its episode titles. But these are not Bible passages selected at random. Each of them summarizes the theme of the episode in question. By knowing the verse to which the show refers, fans can get a sense of what lies ahead for Ava and her friends in each episode before they watch.

Here is a breakdown of every episode title, and the verse mentioned in it:

God is within her, she will not fall;

God will help her at break of day.

She is clothed with strength and dignity;

She can laugh at the days to come.

Put on the full armor of God, so that you can take your stand against the devil’s schemes.

The whoredom of a woman may be known in her haughty looks and eyelids.

If thy daughter be shameless, keep her in straitly, lest she abuse herself through overmuch liberty.

Enter through the narrow gate. For wide is the gate and broad is the road that leads to destruction, and many enter through it.

Although the Lord gives you the bread of adversity and the water of affliction, your teachers will be hidden no more; with your own eyes you will see them.

Whether you turn to the right or to the left, your ears will hear a voice behind you, saying, “This is the way; walk in it.”

You were taught, with regard to your former way of life, to put off your old self, which is being corrupted by its deceitful desires;

to be made new in the attitude of your minds;

and to put on the new self, created to be like God in true righteousness and holiness.

The wise woman builds her house,

But with her own hands the foolish one tears hers down.

The weapons we fight with are not the weapons of the world. On the contrary, they have divine power to demolish strongholds.

Do not be afraid of what you are about to suffer. I tell you, the devil will put some of you in prison to test you, and you will suffer persecution for ten days. Be faithful, even to the point of death, and I will give you life as your victor’s crown.