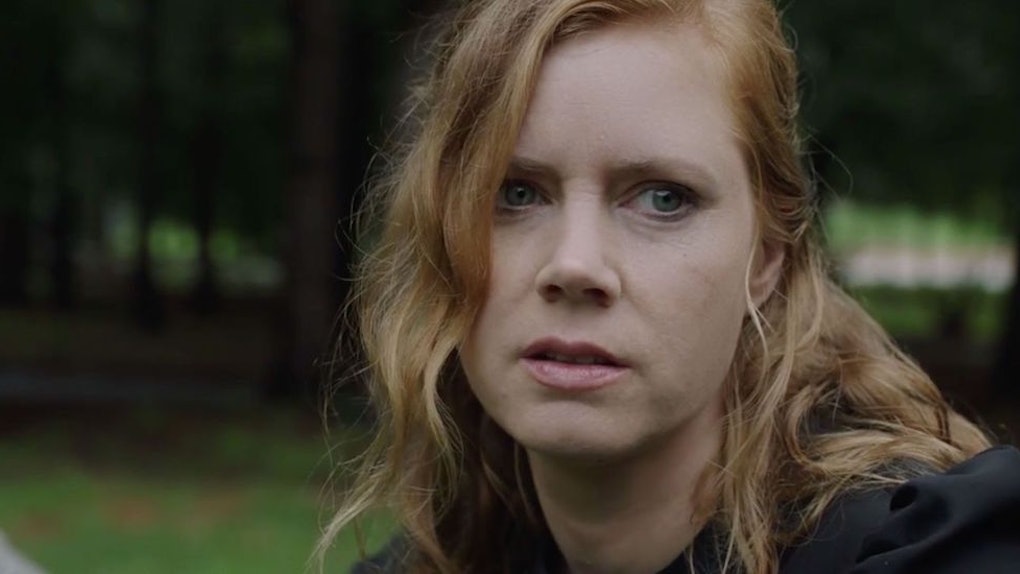 What Do Camille's Words Mean On 'Sharp Objects'? A Mental Health Professional Weighs In

One of the central mysteries of HBO's latest prestige miniseries Sharp Objects involves the various words scarred onto Missouri journalist Camille Preaker's body. At the end of the first episode, we see that Camille has the word "vanish" etched onto her arm, and the title of each episode of the season is also somewhere on Camille's body. So what do Camille's words mean on Sharp Objects? According to Dr. Danielle Forshee, a licensed psychologist and clinical social worker, this type of self-harm is unfortunately sometimes seen in the real world.

According to Dr. Forshee, Camille Preaker's behavior is not completely out of left field when it comes to people who are dealing with self-harm. Dr. Forshee says that some self-harming individuals will carve words or images into their bodies on occasions, and that this behavior is treated no differently from other kinds of self-harm:

Self-harm is not one size fits all. This type of self-harm, where an individual carves words or images into various parts of their body, is considered in the general domain of self-harm behavior. This is something that is seen in practice, and is treated the same as self-harm that is not in the form of words.

Although Dr. Danielle Forshee made it clear that the behavior of carving words is not uncommon for self-harm victims, of course, Camille Preaker's instance will be unique in its depiction on Sharp Objects since its a fictionalized TV drama. In the Gillian Flynn novel that the series is based on, Camille's word scars seem to have some sort of inexplicable power, often flaring up when an instance relating to that specific word would arise.

These words have a similar importance in the HBO series, as we see Camille brutally slashing at the word "fix" on her arm after finding her roommate in a psychiatric facility dead. Dr. Forshee notes that self-harm is often related to trauma, as is evident in Camille's case, and that there are two functions that Camille may be turning to self-harm for: the affect regulation function or the anti-dissociation function. The affect regulation function describes people who use self-harm as a psychological distraction as a way to block out traumatic triggers or memories, according to Dr. Forshee. The anti-dissociation function is used by people who dissociate from their bodies when experiencing or recalling trauma, who use self-harm as a means to feel in touch with their bodies again — "Essentially, by engaging in self-harm, they are shocking their body back to reality," Dr. Forshee explains.

Dr. Forshee also talks about how Camille's alcoholism may come into play in relation to her self-harm. Dr. Forshee says that there is no research-proven link between alcohol addiction and self-harm, but she says that there is proof that self-harming individuals who also have substance abuse disorders are at a higher risk of engaging in self-harm when they are under the influence.

The treatment group Foundations Recovery Network highlights the relationship between alcoholism and self-harm on its resource website, which focuses on treating people with a dual diagnosis of substance addiction and mental health disorders. The FRN site echoes Dr. Forshee's comments, stating that substance addiction compounds the issue of self-harm. The site also says that self-harm can be a form of addiction in and of itself, as people may come to crave the release that self-harm may bring about in them.

You can learn more about how self-harm relates to addiction on DualDiagnosis.org. Amy Adams also revealed that she studied the 1998 psychology book A Bright Red Scream to get into character as Camille, which is another good recommendation for those interested. Sharp Objects airs Sunday nights on HBO.