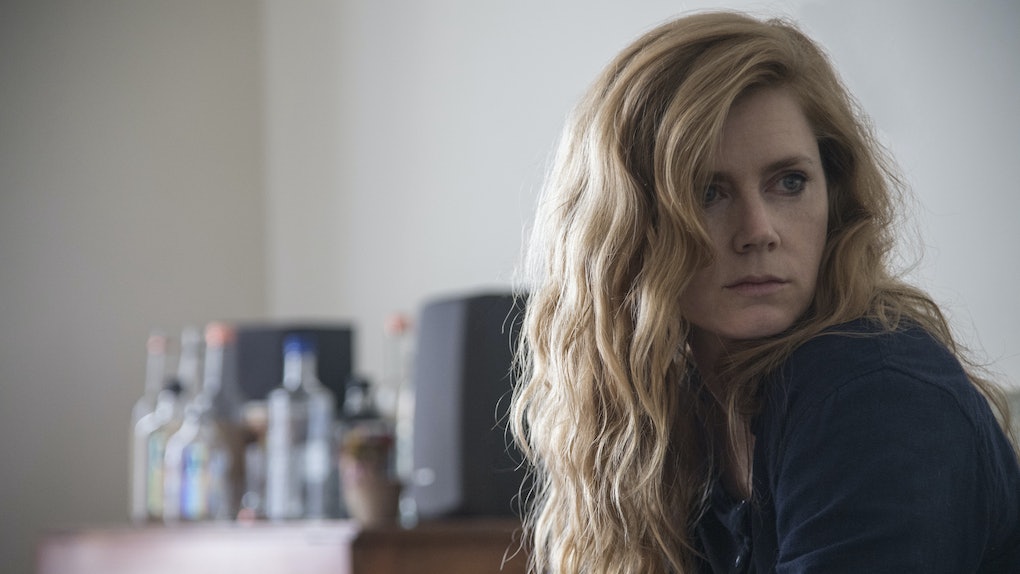 Is 'Sharp Objects' Based On A True Story? Here's What Fans Should Know

The story of Sharp Objects tells the tale of a woman returning to the small sleepy town she grew up in to cover the murder of one young teenage girl and the disappearance of another. But the end of the first episode, the second teen has wound up dead. There's a serial killer on the loose, but all reporter Camille Preaker can do is drown her issues in a bottle while remembering the death of her own sister. The story feels real enough for fans to ask: Is Sharp Objects based on a true story? Is the book the show is adapted from a true crime novel?

The short answer is no. Gillian Flynn, best known for Gone Girl, wrote Sharp Objects as her debut novel in between her day job as a reporter for Entertainment Weekly. There is no such place as Wind Gap, Missouri, though the name is ludicrous enough one might be forgiven for assuming there was.

As for the murders, Flynn says she was no specific "true crime incident" that inspired her to write this. Like Gone Girl, she was more interested in the peeling back of layers of the lies people tell each other and themselves. So like Gone Girl, the mystery of Camille life will be pulled back layer by layer.

But Flynn was inspired by something she saw in real life. According to The Hollywood Reporter, who interviewed her ahead of Sharp Objects' premiere, she said:

I wrote Sharp Objects because I wanted to write a character study, and I hid that inside of a mystery. I tricked people into reading about women and violence and rage and what that looked like in three different generations of women. That's what I wanted to write about, and I figured out I could do it if I coated it in this yummy Southern Gothic mystery.

But it took a while for her to find someone who was interested in such a thing. The mid-aughts were a time when books aimed towards women were taking a cue from Sex & The City, and focusing on shoes and cosmopolitans and bubbly feminine dreams in the big city with a happy ending. And Camille "wasn't likable."

Camille is not a likable character, this is a valid complaint. She's unwell. She's drunk, basically all the time. Her response after seeing Natalie Keene's body up close is to tease the detective on the case "I'll show you mine..." in a play to get information.

But it doesn't make her a character who isn't worth paying attention to. Camille is a woman filled with rage, rage she's taking out on her own body because she's suppressing it so hard. Someone else is taking their suppressed anger out too, on little girls in Wind Gap. The question is: Who?

More like this
Kaitlyn Bristowe & Jason Tartick Are Engaged & Their Proposal Story Is Cute AF
By Rachel Varina
Will Sandra Oh Return To 'Grey's Anatomy'? Here's What She Said
By Dylan Kickham
How Many Seasons Will Netflix's 'Shadow And Bone' Have? Here's What We Know
By Abby Monteil
Stay up to date