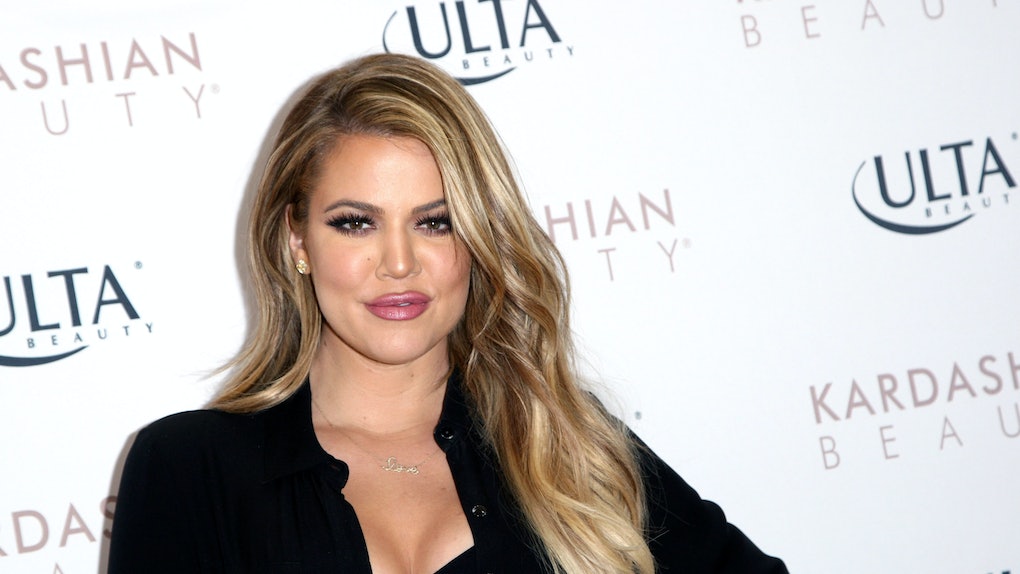 What Did Khloé Kardashian Do Before 'KUWTK'? She Got Real About Her Job Pre-Fame

Khloé Kardashian has come a long way since Keeping Up With The Kardashians started filming nearly 15 years. From broken hearts to welcoming her daughter, True, as cameras rolled, Kardashian has always been refreshingly honest about her reality, which is why she's a fan-favorite on the show. But for fans who have only recently become consumed with Kardashian's life, many people wonder: What did Khloé Kardashian do before KUWTK? She was actually employed by a famous friend pre-fame, and her job was surprisingly low-key.

Kim Kardashian has always been open about her work prior to becoming one of the most well-known women in Hollywood. Kim was a closet organizer for celebs, and also worked as an assistant and personal stylist for then-BFF Paris Hilton, leading her to get some major exposure when hitting the town by the socialite's side. Little did fans' know, Khloé's pre-fame job was extremely similar to big sister Kim's.

During an interview on Simon Huck Melissa Gray Washington's Emergency Contact podcast, Khloé reflected on her position as Nicole Richie's assistant. Khloé, who is constantly under scrutiny for her ever-changing appearance, joked that her assistant job was "five faces ago."

“I was Nicole Richie’s assistant and you were Jonathan Cheban’s assistant and we met five faces ago,” Khloé said, before explaining how the job came about. "I went to school with her. She was one of my best friends growing up and we were just really, really close and then when she started doing Simple Life — I think it was after Simple Life — she just needed some help and I just needed a job.”

The difference between Khloé and her sisters Kim and Kourtney are that they were dabbling into the world of reality TV before KUWTK while Koko was not interested in the least bit, she said.

“Kourtney did Filthy Rich: Cattle Drive prior … and Kim was obsessed with The Real World, but I didn’t think about it, and I think that’s the beauty of it,” she explained. "We were told we were a show filler and to not get comfortable. There wasn’t any pressure because it was like, they don’t think we’re gonna last, so let’s have fun with it."

More than a decade later, Khloé is still crushing the reality TV game, but fans can't wait to see what else she has in store career-wise once the show comes to an end in 2021.