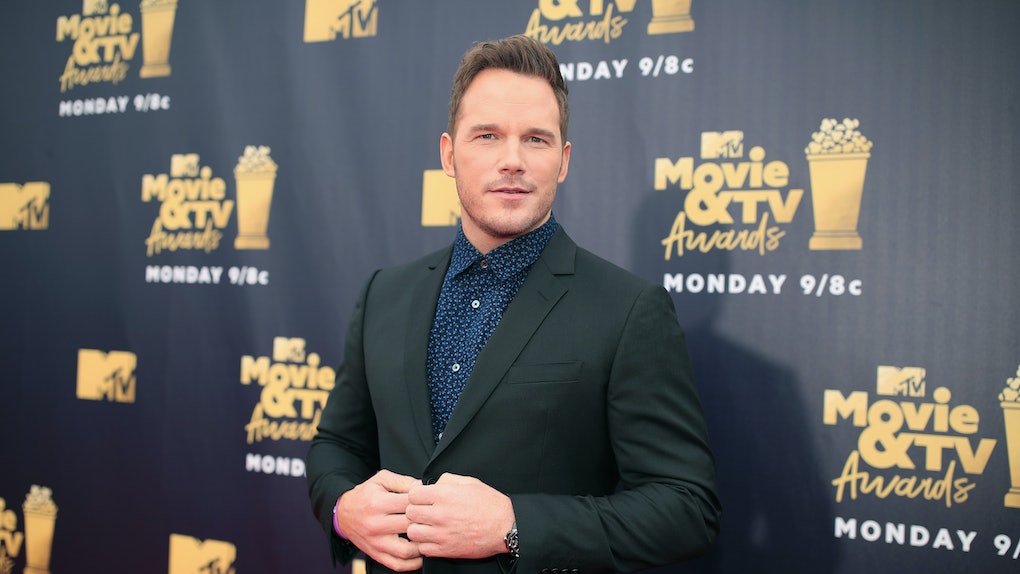 Well folks, if you haven't already heard the news, Chris Pratt is officially back off the market. Just a month after making his relationship with Katherine Schwarzenegger Instagram official (and two months after his divorce from Anna Faris was finalized), the couple has announced they are engaged! So, if there is one thing we know about what Chris Pratt is like as a partner, it’s that he isn’t afraid to move quickly when he finds someone he wants to be with. But then, he’s a Cancer, and if you're familiar with this sign then that really isn’t all that surprising.

Pratt was born June 21, 1979, under the astrological sign Cancer. This sign is ruled by the Moon, the heavenly body associated with emotion. As a water sign, Pratt is probably very intuitive and sensitive, so you can bet that when he feels something, he feels it powerfully and isn’t afraid to speak on what's in his heart. Hence, the tendency to move quickly in relationships. This is a sign that tends to follow their heart over the head. Here is what else we can divine about what Pratt is like as a partner, based on his zodiac sign.

He’s Emotionally In Tune But Can Be Overly Sensitive

Loving a Cancer like Pratt can be a really intense experience. On the one hand, this is a sign that is very connected to their emotions and experiences them powerfully, and feeling that kind of love from someone can be an incredible feeling. But this is also a sign that, because they are made so vulnerable by those feelings, can suffer from insecurity. They can be hot and cold as they try to hide behind their shells, or overly sensitive to any perceived slight. They also avoid conflict and bottle up their feelings. So, especially early on in the relationship, this is a sign that needs a partner who knows how to tread carefully as to not wound their Cancer, so they don’t just retract into their shells.

While Cancer can be a bit secretive — it all comes back to self-protection with this sign — they are not disloyal or dishonest. This is a sign that, once it lets down its walls, is all-in on the relationship and is not looking around for their next conquest. That's because for Cancer, the ultimate feeling is true intimacy and security, so they wouldn’t do anything to risk a relationship that gives them that, especially not just for the sake of a hookup.

For all its connection to emotion, this is not a sign with a massive sex drive, but that doesn’t mean they can’t put it down in the bedroom. However, in order to fully express themselves sexually and enjoy the experience, this sign needs to feel an emotional connection as well as a physical attraction. They want to make love and not just have sex. For this sign, it’s all about physical intimacy and making a real connection. So, you can count on the lovemaking with a Cancer to be sweet and tender.

Cancers make for good partners, particularly if you are someone who wants to be showered with love and affection, and reciprocate in kind. And from the sweet way Pratt and Schwarzenegger behave on Instagram, it looks like he's finally and truly met his match.