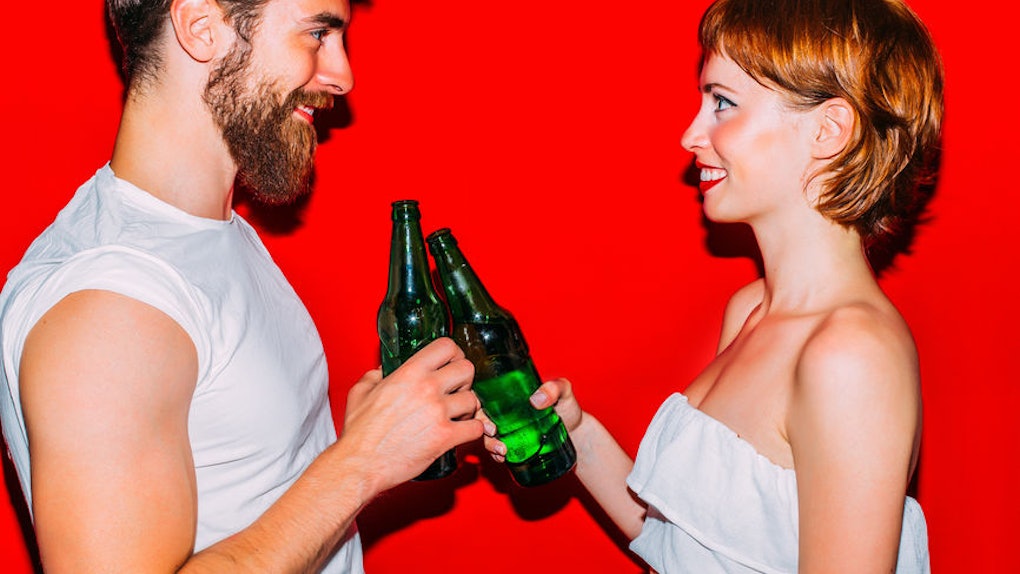 What Attracts Men To Women? 7 Guys Reveal What They First Noticed About Their Partners

It could be something as simple as a witty remark, or an infectious laugh. Or maybe it’s how motivated she is at work, or the fact that she still makes time to volunteer even when she’s swamped with her job. When it comes to what attracts men to women, it can range from enticing physical qualities to impressive personality traits.

Research has shown that men find a number of different characteristics to be especially attractive, though. For example, women who make eco-friendly purchasing decisions are seen as more desirable, according to one 2016 study published in the Journal of Social Psychology. A study in Evolution and Human Behavior also revealed that men are also more attracted to women who laugh at their jokes (never hurts to stroke the ego). Additionally, long locks are most likely to catch a guy’s attention, according to some 2004 research in Human Nature. And one study published in the Journal of Personality and Social Psychology showed that guys tend to gravitate toward women wearing red.

Still, attraction is a complex concept, and what makes one person's heart skip a beat might go totally unnoticed by another. So I asked men what drew them to their current partners, and spoiler alert: The responses ran a lot deeper than a jaw-dropping body.

She was a literary lady with good taste.

The first thing I noticed about her was her bright red hair, which immediately caught my eye when I walked into our first date. When my eyes dropped down, I saw that she was coincidentally reading my favorite book and my heart jumped. And I'll always remember how refreshingly straightforward and honest she was in our first conversation. I knew I wouldn't forget her, and I never will.

She made him LOL.

I met my wife online and honestly, it was how funny her profile was. I literally laughed out loud reading it. I decided I had to meet the woman who wrote it.

She shared his music taste.

She listens to hip-hop. Like, actual real hip-hop. I tried dating people who listen to corny pop music, hippie music, indie rock, you name it, and it just wasn’t going to work. I can never be around a rock song. Not for a second. So this turned out to be more important than I ever consciously realized.

She had the big three.

I would say the first few things that really drew me into pursuing my partner (now fiancé) would be a combination of three things: her giant gorgeous eyes, her beautiful curly hair, and her amazing brain (intelligence is so sexy).

I walked into my friend’s kitchen at 10 p.m. on a Tuesday in July, and there she was, bonging a beer. White pants, Soludos 'Sorry/Not Sorry'-embroidered espadrilles, and a neon pink beer bong. Modern love right there.

Honestly, what made me notice her right away was how assertive she was. I'm kind of shy, so I don't know if we would have gotten together if she hadn't made the first move. She sauntered right up while I was desperately trying to get the bartender's attention, heroically ordered me another drink, and told me her name. When she was leaving, she said, 'We should get dinner this week.' She knew what she wanted and she went after it... and damn, it was sexy as hell.

She could keep a conversation going... all night long.

I would say what first attracted me to her was how easygoing and conversational she was. And then the second time I met her, her figure looked unbelievable being gently hugged by that little black dress. She was extremely easy to talk to... hence the 18-hour hangouts early on without a minute of silence.

Apparently, there are many, many reasons why a man might be drawn to a certain woman, from her forwardness or her intellect to her sense of humor or brazen attitude.

I'm not crying. You're crying.