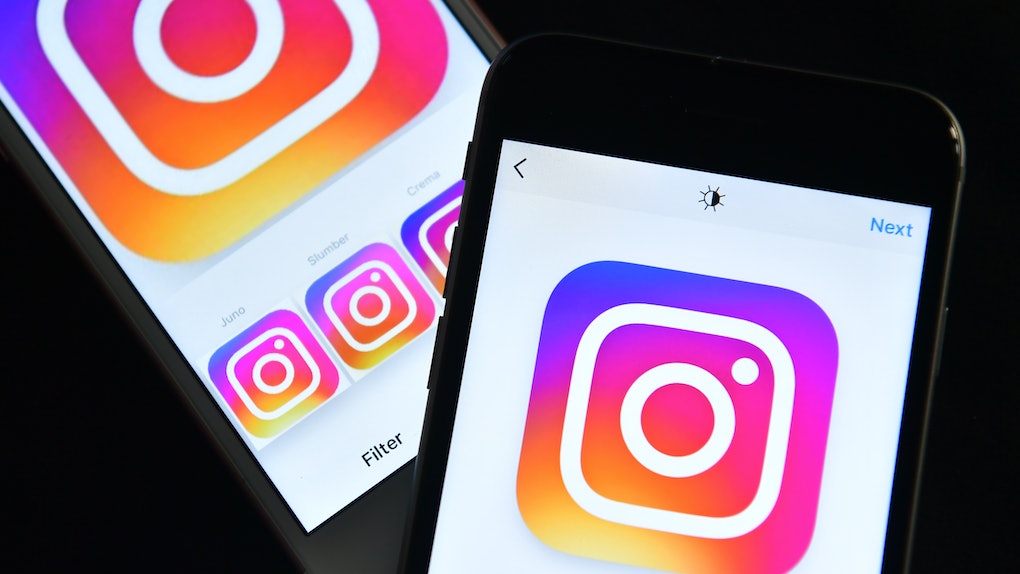 What Are Instagram Nametags? The Convenient New Feature Is Being Tested

Buckle up, because another exciting change to the Instagram app is on its way. Elite Daily can confirm the news that the social media photo and video sharing app is indeed testing out a new "Nametags" feature that will make it much easier for you to add new friends — leaving you with even more time to mindlessly scroll through the app. While the new feature is still in the trial stages, you’re probably wondering what Instagram Nametags are, anyway. Here's the deal.

So far, Instagram’s Nametags feature appears to be very similar in function to Snapchat’s Snapcodes, which was released in 2015 and allows users to follow one another based on scanning user-specific QR codes. Get excited, because Nametags will work in a almost identical fashion, making it super easy to follow your favorite bloggers, friends, businesses, and more with little to no effort once it’s released.

Rumors of Instagram Nametags news have been swirling since late March when TechCrunch first reported on the new feature. Elite Daily reached out to Instagram for an official comment on the big news on Tuesday, April 10, and an Instagram spokesperson confirmed that the app is indeed testing Namecodes right now. However, they aren't sharing additional information about the feature.

According to TechCrunch, there will be a QR scanner button at the bottom of each Instagram profile where users will be able to tap the QR scanner button to launch the Nametags feature. From there, Instagram users can easily follow friends, businesses, and other relevant accounts without having to type and search for individual profiles by scanning the codes with the Instagram Stories camera. Apparently, you’ll also be able to personalize your own QR code by choosing from three different backgrounds including a gradient pink, purple, blue, or green. You can also pick repeated emojis of your choosing, or upload a picture of yourself to create a selfie-patterned background.

Your Instagram username will be featured in the middle of the image. TechCrunch notes that the feature is only being tested out with a very small pool of users right now, and they can’t share their Nametags with others.

The social media sharing app has made headlines in recent weeks for more than just Nametags. In early April, many users were up in arms over the fact that Instagram Story Highlights were starting to disappear out of nowhere, leaving them very confused. However, Instagram apologized for the issue and told Elite Daily, "We discovered a bug that temporarily prevented some users from being able to see their Highlights. We quickly issued a fix to restore Highlights for everyone. We apologize for any inconvenience this caused."

Instagram is busy testing out other new features, too, including the New Posts button that allows users to see posts first from friends, family, and other accounts they are the most interested in. Basically, the New Posts button aims to cut back on the the number of automatic feed refreshes that populate your account with posts you might not really care about. Currently, the New Posts button is only being tested amongst a small group of users, so it’s not available to everyone yet — but keep checking the app for updates because you never know when it could drop.

Well, it’s no secret that Instagram is hard at work making numerous improvements to the app for it’s users (likely some that we aren’t even aware of yet). Since Instagram’s Nametags is still in the testing phase, a user-wide release date for the new feature has not yet been announced. Needless to say we are anxiously awaiting the Nametags feature, because don’t we all need a little more time on Instagram’s Explore page?