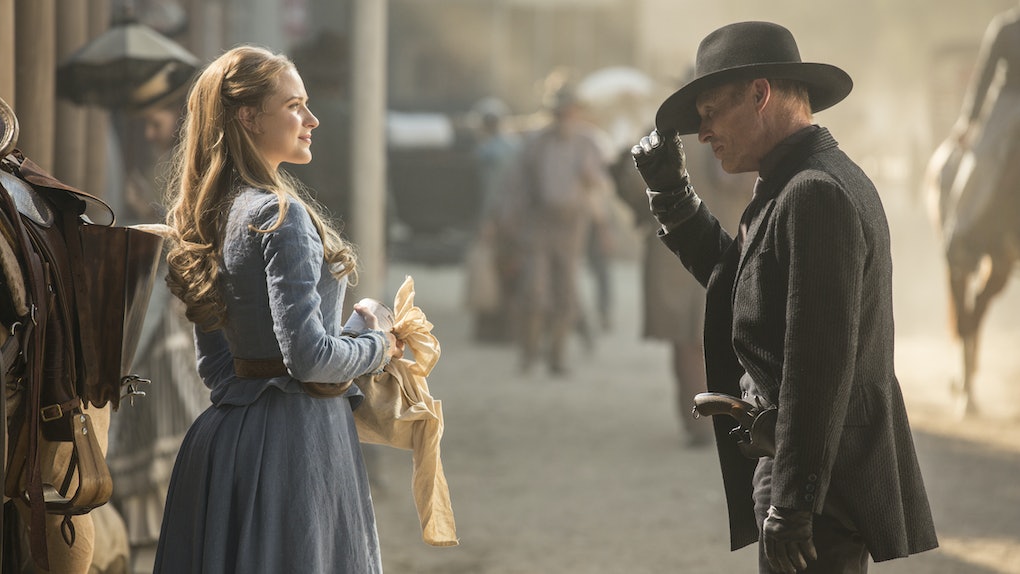 ‘Westworld' Season 2 Spoilers Might Get Released On Purpose & Um, What Now?

Back in the good old days, before social media, we just watched our favorite television shows and then eagerly awaited to see what would happen the next week. Now, the internet is a pool of spoilers. So networks try really hard to keep everything on the DL so nothing gets leaked before an episode airs. Well looks like HBO's Westworld might be saying, "nah" to all that. Westworld Season 2 spoilers might get released on purpose, and I am very confused.

During an April 9 Reddit AMA, the team behind Westworld decided to reveal a little more than fans probably bargained for. Co-creator Jonathan Nolan posted a comment that seems to suggest that the show will release spoilers ahead of Season 2, on their own volition. No, I am not joking. I read the post several times (and then several more times). In order to combat fans posting their own theories and potentially spoiling everything, they are going to get there first. A preemptive strike? Nolan wrote,

We thought about this long and hard, and came to a difficult (and potentially highly controversial) decision. If you guys agree, we're going to post a video that lays out the plot (and twists and turns) of season 2. Everything. The whole sordid thing. Up front. That way the members of the community here who want the season spoiled for them can watch ahead, and then protect the rest of the community, and help to distinguish between what's 'theory' and what's spoiler.

It seems that Nolan and his team want to ruin it "smartly" before fans can? On Reddit, users can post theories that turn into discussions that turn into spoilers. This way, if you want to know what is going to happen ahead of time, you can watch their video. If not, then you can just opt out.

Nolan went on to say that the whole Westworld team is on board, but they are leaving the decision up to the fans. He wrote,

It's a new age, and a new world in terms of the relationship between the folks making shows and the community watching them. And trust is a big part of that. We've made our cast part of this decision, and they're fully supportive. We're so excited to be in this with you guys together. So if this post reaches a 1000 upvotes we'll deliver the goods.

Redditors crossed that upvote threshold as of 8:50 p.m. ET on Monday night, apparently, so it looks like it'll happen. In a statement to The Verge, an HBO representative said that this choice was all on the Westworld showrunners. It read,

This is an initiative from the Westworld showrunners. We suggest you stay tuned to Reddit for their next move.

This all seems very weird. Shows have gone through some pretty extensive measures to keep spoilers under wraps. The Walking Dead actually filmed 11 separate death scenes of Negan killing each of the characters up for the bat (literally), after the infamous season 6 cliffhanger. HBO's mega hit Game of Thrones did almost the same thing for Season 8, and has reportedly shot multiple versions of the ending.

So why would Westworld just give it up so easy? Some fans were a bit skeptical and think that the whole thing might be a ruse. I mean, it does kind of sound like some elaborate publicity stunt, because why?

While some other fans were all about it...

Westworld Season 2 is set to premiere April 22 on HBO, so if they are going to spoil the heck out of it, they better get on it quick.

Call me old fashioned but isn't the fun of television not knowing what's going to happen? I honestly never understood the fascination with digging for spoilers. I'm one of those people who will cover their ears at the table if my friends are talking about a show I still haven't finished binging through — no it doesn't make me very popular, but hey. I get to make it through a show without having it ruined.

More like this
In 'Riverdale' Season 5, Toni Topaz Is The Black Superwoman Without A Cape
By Erika Hardison
Who Did Emily Poison? 'The Handmaid's Tale' Season 2 Is Off To An Intense Start
By Ani Bundel
10 Quotes From Netflix's 'Enola Holmes' That Are So Freaking Relevant
By Rachel Varina
Stay up to date