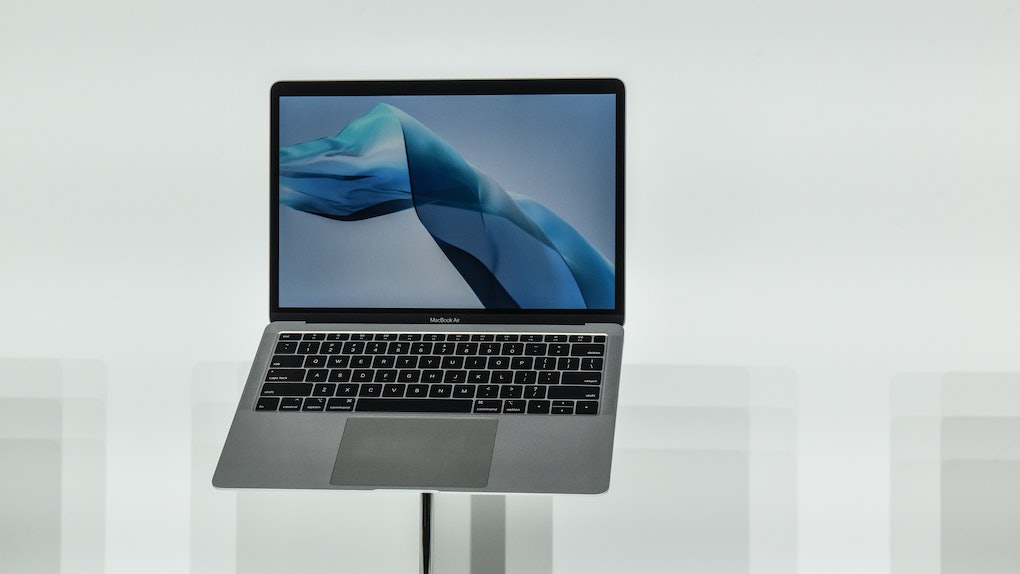 Was My Apple MacBook Recalled? Here’s What To Know

On Thursday, June 20, Apple users across the globe were notified about a major issue pertaining to their MacBook Pros. The brand released an important notice that batteries in certain MacBook Pro units could be a potential safety hazard. Elite Daily reached out to Apple on the matter and did not hear back in time of publication. However, you're most likely wondering, "Was my Apple MacBook recalled?" So, here's absolutely everything you need to know.

In the recall notice published on Apple's website on June 20, the brand announced it issued a voluntary recall of "a limited number of older generation 15-inch MacBook Pro units," which were sold between September 2015 and February 2017. The reason for recall is those models may contain a battery that could overheat and, according to Apple, "pose a safety risk." Elite Daily reached out to Apple for any further information regarding the recall, but did not hear back at the time of publication.

Yeah, it's all a little bit alarming, but hey — this kind of thing happens from time to time. Luckily, though, Apple is making it easy for users to figure out if their product was affected, with clear instructions on how to fix the issue.

If you aren't totally sure if your MacBook is affected, all you have to do is navigate to the battery support page. First, they want to ensure your laptop is eligible. To do this, navigate to the Apple menu in the upper-lefthand corner of your screen (the one with the little apple icon), click "About This Mac" and confirm your model is a MacBook Pro (Retina, 15-inch, Mid 2015). Once you determine that this is the type of product you own, enter your computer's serial number (which is also found in the Apple menu) in the box located about halfway down the webpage to see if your laptop is affected.

This will ultimately determine if your laptop was affected by the recall. And if it does identify as a recalled product, the brand wants you to send your device to an Apple Repair Center for service, as Apple has "voluntarily decided to replace affected batteries, free of charge." To do so, according to the brand's support page, you can simply find an Apple Authorized Service Provider, make an appointment at an Apple Retail Store, or contact Apple Support to arrange mail-in service. Doing so is totally free for eligible affected computers, and once set an appointment, they will do all the work for you.

Then, you would approach the matter as you would with any other issue. As per usual, Apple recommends backing up your data onto a hard drive. You know, just in case anything happens. That way, you'll have all the photos, documents, and files you've created over the years stored elsewhere.

According to USA Today, this issue came to light at the end of May 2019 when electronic musician White Panda posted a viral video to Twitter and Reddit. It apparently featured his MacBook Pro reportedly catching fire "during normal use," per the musician's tweet about the reported incident.

My MacBook Pro exploded today during normal use. No injuries, luckily. Some damage to the house. Could have been worse - good thing I wasn’t on a plane. Very curious to see how @Apple responds.

Elite Daily reached out Apple for further comment on the reported incident and whether the recall was in response to it, but did not hear back at the time of publication.

Yikes, that did not look good.

So, definitely make sure to check if your MacBook Pro was recalled. If so, Apple is making it easy for users to get their batteries replaced. Stay safe, guys!