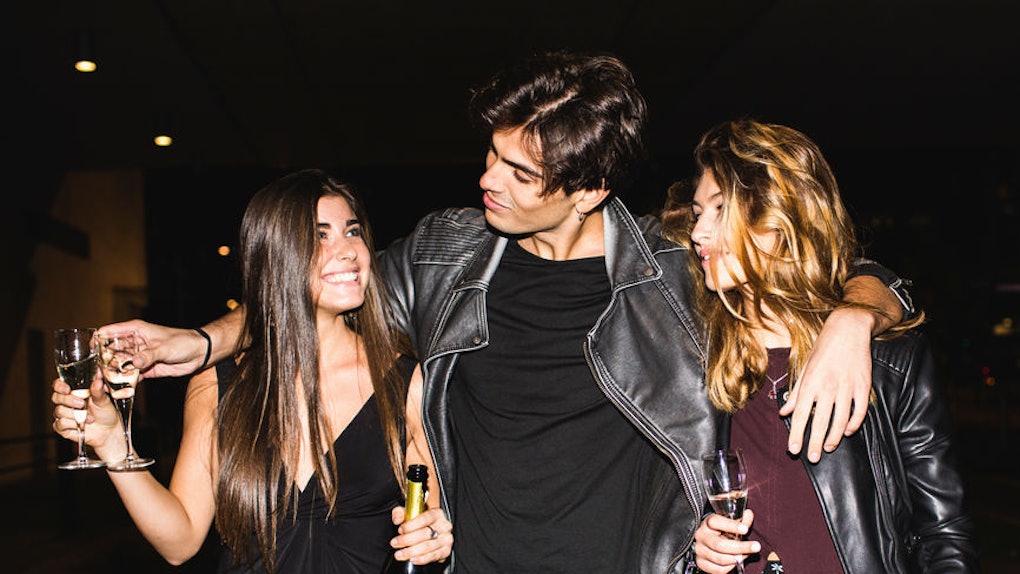 This is going to sound biased, but whenever I think about astrology, the first zodiac sign I think of is Aquarius. However, this is no coincidence, considering astrology is very much connected to the essence of Uranus, aka Aquarius' planetary ruler. Speaking of coincidences, Valentine’s Day is during Aquarius season, and for me, this is a total oxymoron, but when I took a closer look, it actually does make sense after all. Although, these were my initial thoughts: Why on earth would ice-cold Aquarius, whose energy is emotionally detached, unconventional and non-conforming, have any sort of connection to Valentine's Day?

Here's the deal, stargazers: There are 12 signs in the zodiac, which means there are technically 12 seasons in a year, despite being taught that there are only four. Remember, as the sun travels through the zodiac wheel, we are greeted with different celestial energies, as per each zodiac sign. For instance, it's no coincidence holidays such as Thanksgiving and Christmas take place during Sagittarius season, as it is ruled by Jupiter, planet of expansion, faith, and higher learning. Another example I can give you is Halloween. I mean, how could it not take place during Scorpio season? Do you see where I'm going with this?

Alright, let's go back to my initial thought on Valentine's Day not necessarily coinciding with Aquarius season. Initially, I thought to myself, well, Aquarius season is all about tapping into your inner rebel, detaching from emotional scenarios, and looking towards the future. Meanwhile, as per my experience, Valentine's day is a celebration of love, and a day for candy hearts, red roses, and flirty exchanges with your crush. Although, it's also a day for celebrating friendship, so that's definitely Aquarius-like. However, I don't necessarily think the water bearer is fond of showing affection per se.

Nevertheless, after doing some digging, I come to find that Valentine's Day is indeed connected to Aquarius season, and I'll tell you why.

Why Do We Celebrate Love During Aquarius Season?

What do love and romance have to do with the most detached sign in the zodiac? Needless to say, I had plenty of doubts, however, it turns out, we celebrate Valentine's Day during Aquarius season for a valid reason.

The Greeks believe Cecrops, ruler of an ancient kingdom known as Attika and founder of Athens, responsible for civilizing mankind and establishing monogamous marriage. At the time, men were still free to lie with courtesans, but with the institution of matrimony, the marriages ultimately determined who was in charge of the woman. Furthermore, Gamelion, which means wedding in Greek, was the month for marriage, which took place between mid-January and mid-February. In the Athenian calendar, it was the month in which the most Athenian weddings took place.

Random, I know, but interesting nonetheless. Aside from the fact that Aquarius season was considered "wedding season" in ancient Greece, the polygamous relationships that took place, between the men and the courtesans, is also very Aquarius' like. (You know, free love?) However, in the end, Aquarius is a fixed sign, (just like Taurus, Leo, and Scorpio) which means it prefers to stay focused, and keep its eye on the prize. It's no wonder Greek marriage was established, and nothing changed from then on. That is typical of fixed energy, as it is unchangeable and unmoving.

Everything happens for a reason. However, the more I think about it, the more I realize that Valentine's Day is totally Aquarius-like. Think about it: You normally wouldn't have the courage to give your crush a witty love note, or a box of chocolates, just because, right? Well, that's where Aquarius' rebel side comes in, not to mention its quirky aesthetics, and amicable ways.