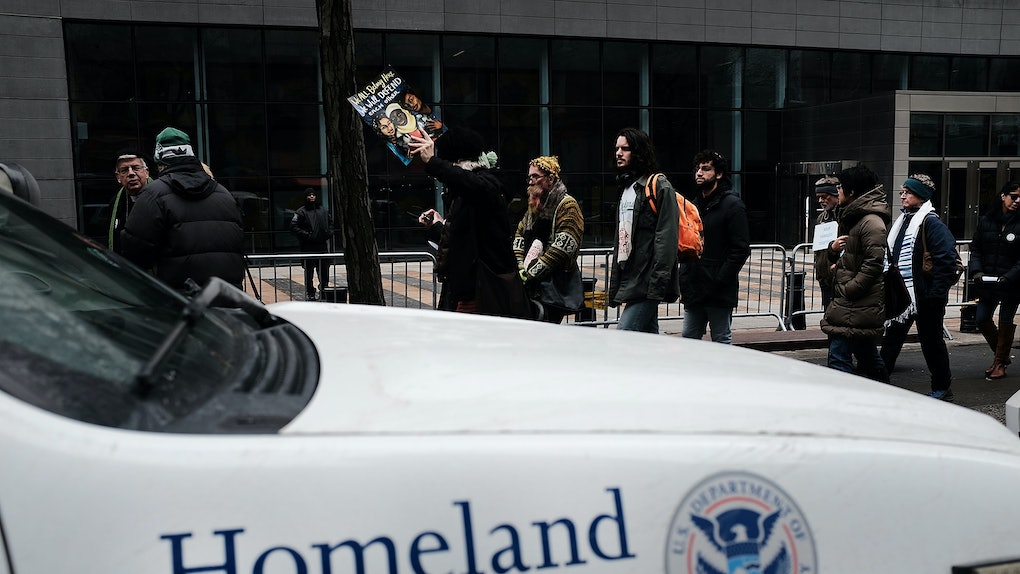 During the Martin Luther King Jr. holiday, a story about a man who immigrated to the United States as a 10-year-old being deported went viral. That man is Detroit-area father Jorge Garcia, whose deportation came 30 years after his childhood arrival to America. On Monday night, Jan. 15, the deportation of Garcia — a 39-year-old husband and father of two — was the subject of primetime news headlines.

"Yes he was brought here at 10 years old, and yes he entered the country illegally, but he has no criminal record," Cindy Garcia, Jorge's wife, told CNN's Chris Cuomo. "His case needs to be looked at individually, because he deserves to be here in a country that he's known, not Mexico."

When he was still a child, Jorge Garcia was brought to the United States by his aunt, according to ABC. The Detroit Free Press, meanwhile, reports that the "family member" who brought Garcia onto American soil was undocumented. Garcia is a landscaper whose family lives in Lincoln Park, Michigan, the Free Press reports. His wife, Cindy, is a U.S. citizen who retired from her job as a truck plant worker.

On Monday, a tweet from Free Press reporter Niraj Warikoo — which showed a picture of Garcia hugging his wife and children on Monday, while at Detroit Metro Airport — went viral. The tweet read,

After years living in the U.S. for 30 years, a 39-year-old immigrant in metro Detroit was deported this morning to Mexico. Escorted by ICE agents, he said bye to wife and 2 kids before boarding. He was brought to US from Mexico when he was 10-yrs-old, too old to qualify for DACA.

Why Was Jorge Garcia Deported?

Garcia's deportation appears to be a clear result of executive orders from President Donald Trump's administration, which has long indicated that it will do more than the previous administration to treat more cases of illegal immigration as a criminal act.

As Kelly's interview indicated, the administration has said that the orders are mere direction to enforce U.S. laws. But the laws have been interpreted and enforced differently in the past.

Garcia had initially been facing an order of removal from immigration in 2009, according to The Detroit Free Press. Under the Obama administration — which itself deported record numbers of illegal immigrants — Garcia was given multiple stays of removal.

Under the Trump administration, however, Garcia was ordered in November to return to Mexico. He was going to be detained, but ICE (U.S. Immigration & Customs Enforcement) allowed him to stay with his family during Thanksgiving and through the holiday season, ABC News reports.

ICE then issued a deadline for departure: January 15. On Monday, that deadline came, and Garcia left Detroit Metro Airport, escorted by two ICE agents, according to the Free Press.

Garcia's case is similar to that of many immigrants who are regarded as "Dreamers" — people who immigrated to America a children and have been living in the United States ever since. Hundreds of thousands of dreamers receive protection from deportation under the Deferred Actions for Childhood Arrivals (aka DACA).

The program, first created by Barack Obama, had limits, though. For Dreamers to receive DACA protections, they had to be under the age of 31 in August 2012. Garcia fell just outside of that range, a factor which contributed to his deportation on Monday.