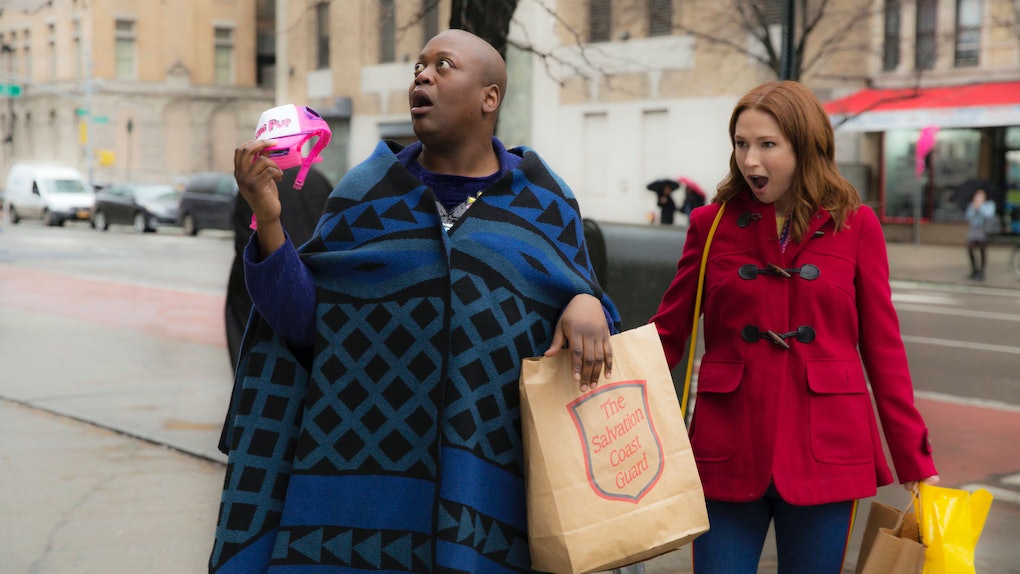 An 'Unbreakable Kimmy Schimdt' Special Is Coming With An Interactive Twist

Unbreakable Kimmy Schmidt is alive, dammit, and it's a miracle! Although the beloved Netflix comedy concluded its four-season run at the beginning of 2019, its co-creator Tina Fey just made the surprise announcement that an Unbreakable Kimmy Schmidt special is coming, according to Deadline, and it will have a twist that will completely change how you watch the show.

Tina Fey revealed at Netflix's recent For Your Consideration panel that this past January's series finale actually is not the end for Kimmy Schmidt, Titus, Lillian, Jacqueline, and the rest of the perpetually down-on-their-luck New Yorkers of Unbreakable Kimmy Schmidt. All of the main characters will be returning for an Unbreakable Kimmy Schmidt Netflix special that is set to premiere at some point in 2020. Additionally, Fey revealed that the special will be interactive, allowing viewers to choose different story paths for each character, which lead to unique jokes and gags:

We’re thrilled to announce that we’re about to start production on an all-new interactive Unbreakable Kimmy Schmidt special, set to debut on Netflix in 2020. Unbreakable Kimmy Schmidt was one of the first original comedy series on Netflix, and now it will be its first interactive comedy event. Fans will be able to make choices on behalf of our characters, taking different story paths with, of course, different jokes. I think it’s a great fit for our show and will be a great way to officially complete the series.

Netflix's interactive technology is still a new introduction, but it has already proven its popularity with the success of Black Mirror: Bandersnatch at the end of last year. The Black Mirror special allowed Netflix users to make one-or-the-other type decisions for the story's main character in the style of classic choose-your-own-adventure books. It's most recent interactive release was the survivalist series You vs. Wild, which allowed viewers to interact with Bear Grylls in extreme wilderness tasks.

This newly announced Unbreakable Kimmy Schmidt special clearly stands apart from Netflix's previous interactive efforts, though, since it will be the first comedy series to utilize the technology. The special is very likely the potential movie that co-creators Tina Fey and Robert Carlock were teasing shortly after the Season 4 finale back in January. The showrunners revealed back then that this upcoming project would exist as a standalone story separate from the overarching plot of the Unbreakable Kimmy Schmidt series. And that makes sense, considering the show's final episode included a four-year time-jump into the future showing everyone achieving their own happy endings.

The Unbreakable Kimmy Schmidt special also serves to underline the weight Netflix is putting behind its new interactive technology across genres. Earlier this year, Netflix’s VP of product Todd Yellin announced that the streamer would be doubling down on incorporating interactive tech into its releases following the success of Black Mirror: Bandersnatch, and also noted that it would not only be used for sci-fi shows or darker series but for comedies and romances as well. The Unbreakable Kimmy Schmidt special is the first step in that direction, and we can be sure to expect more very soon.

More like this
What Is The Inner Circle On 'The Circle'? Season 2 Brought In A New Twist
By Dylan Kickham
'Never Have I Ever' Season 2: Release Date, Cast, Trailer, Photos, & More
By Ani Bundel
Shonda Rhimes' Quote About Regé-Jean Page Leaving 'Bridgerton' Is SO Shonda
By Rachel Varina
Stay up to date