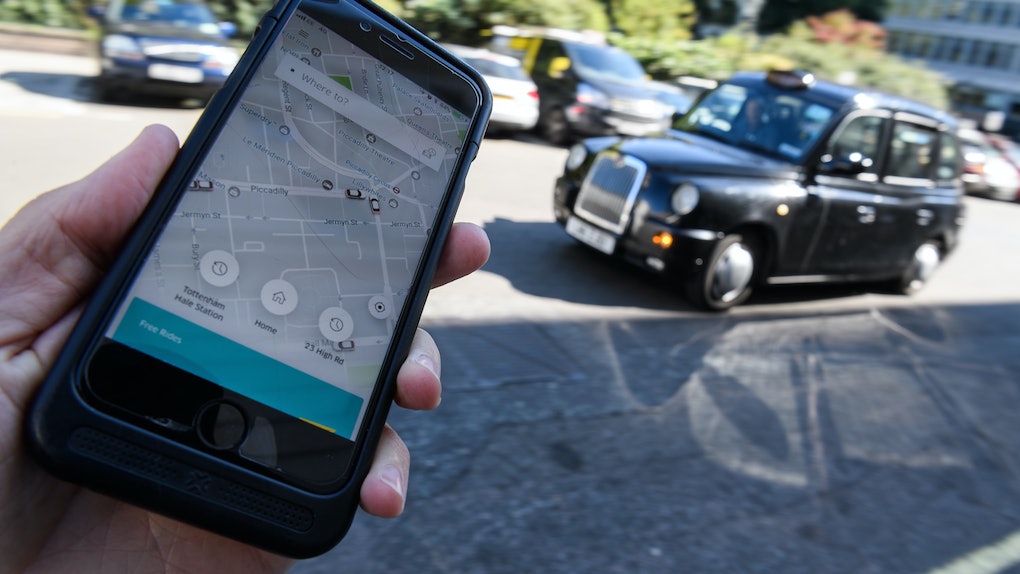 Ahhh, the year in review. It's a special phenomenon that starts every December and reaches fever pitch in the week between Christmas and New Year's Eve. Kind of like "All I Want For Christmas Is You" but just not as joyful. And following in the year-end footsteps of the likes of Spotify, Uber has released their 2017 Year In Review, emailing personal and global stats to all users on how they use the app. But the otherwise interesting email is missing something important, and these tweets about Uber's 2017 Year In Review will tell you all you need to know about how people feel about the missing puzzle piece.

You can find your year in review in a couple of different ways: you can either visit the website YearWithUber.com for a personalized music video version, or just go to your email and look for Uber's "2017 in the rear-view" email. (Get it? Rear-view?) You'll be able to access data on how much you used the app, and how, and where. The review includes details like how long you've been using the app, how many miles you've traveled in 2017, your rating, and what days and times you most often used Uber. (Our guinea pig, for instance, took the most rides on Saturday and Sunday before midnight.)

But one detail is very obviously missing: how much money you've spent in 2017. Thankfully, because no good can come from seeing a number that large.

Even though you don't have to close your eyes to avoid seeing the total you spent on rideshares, there are a bunch more stats related to Uber's global customer base in the review, such as who had the most UberEats orders (Tampa Bay, Florida), who had the most lost items (Miami), and the top tourist destination (the Eiffel Tower).

It's a pretty cool way to look at how all of the awkward car rides with drivers add up: they're so much more than 10 minute spurts of small talk between bars.

The missing money, however, is deafening in its absence. Sure, no one really wants to know what all of those $10-15 rides add up to when you go out most weekends. In fact, you'd probably want to die a little inside if you saw the number, but still. Curiosity, cat and all that.

Perhaps it's better not to know, but Twitter has noticed.

And they are calling out the rideshare app. Or rather, thanking them for keeping us blissfully unaware.

This Twitter user didn't open her email for fear of finding out how much money she'd spent on rides. I HAVE GOOD NEWS FOR YOU, GURL.

It's gonna be okay.

Ignorance is bliss, and you can still open your year in review email without having to resort to drastic measures.

A lot of people loved the campaign.

It's yet another snapshot of ~the human condition.~

A lot of people are not sure how to feel.

All those miles, all those hours spent desperately sending, "please don't talk" vibes to your driver.

And do I really want to know how much money I spent on UberEats so I wouldn't have to leave my home? No. My agoraphobia is expensive, but it is mine.

Some things are better left unknown. The amount of money I waste on rides and food is one of those things. So, thanks, Uber.

The rideshare app has been having something of a rough year, what with all the lawsuits and getting kicked out of London, so perhaps their email campaign is a means of reminding their users that they're so much more than their PR woes. (How aspirational of them.)

And with the absence of money-related shame, perhaps you'll be inclined to continue using the beleaguered rideshare app throughout the holidays, which is always a good idea during this boozy time of year. Go ahead and call that Uber or Lyft, or, hell, that taxi when you're done for the night, and thank the designers who had the forethought to hide a how much money you've already spent taking rides. (And, while you're at it, use a discount code.)

At any rate, we can all agree that we'll try to be more fiscally conservative next year. But when it comes down to brass tacks, I'd rather spend $1,000 on Uber than drive. So I'm going to keep on ride-sharing with (almost) zero regard for the cost.