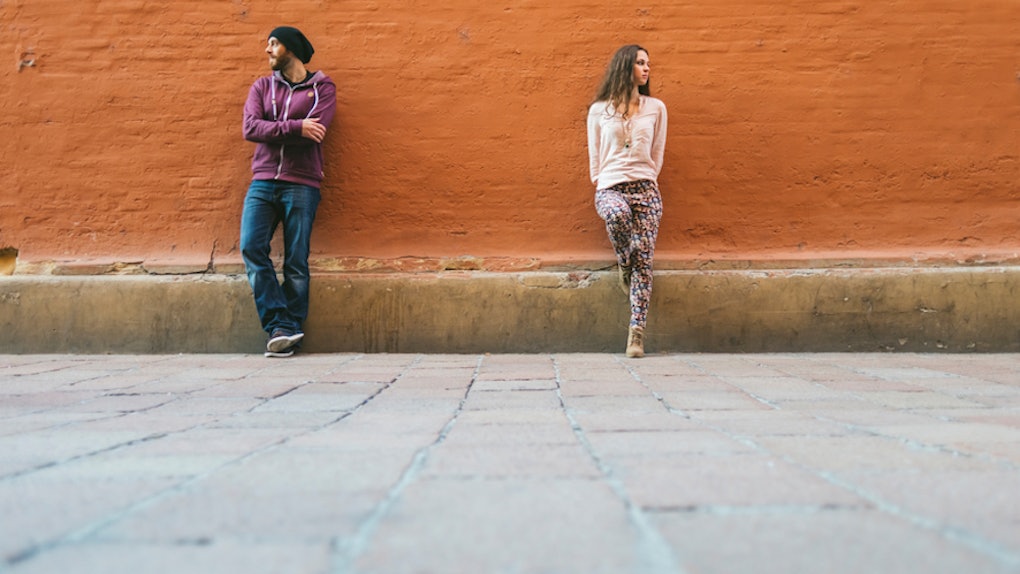 Finding your happily ever after is never without a hitch. There are a myriad of dating apps, cringeworthy pickup lines, and excruciatingly painful dinners to suffer through until — despite all odds — you find the one. In the meantime, to make the dating process all the more awful, yet simultaneously hilarious, #RuinADateIn4Words began trending on Twitter on Oct. 22 to bring those nightmares to life.

Naturally, the responses are as creative as they are frightening. Some say that there is no such thing as a bad date, only good brunch stories, but these brief tweets prove that terror really does exist. This is hard work, folks, so you're going to have to suffer just a bit until it all works out.

Miranda Hobbs (played by Cynthia Nixon) once enlightened Sex & the City fans that she's done with horrific dinners for two. "I can't go on any more bad dates," she said during an episode of the iconic show. "I would rather be home alone than out with some guy who sells socks on the internet." Oh Miranda, you definitely have your point... but where will all of the entertainment come from if you opt for a night in? Luckily, some braves souls delved head first into the trials and tribulations of the dating scene and reported back with horrifying results.

Without further ado, I present to you, #RuinADateIn4Words.

Since this is the internet, the hashtag naturally took a political turn.

Foodies chimed in with their worst-case scenarios.

Certain topics are just not up for debate.

Some of the tweets took a serious turn.

Dating is definitely a tricky thing to navigate, and you're not the only one who probably suffered through people questioning your coffee habits or love for Disney. Though there are definitely humorous takes on the roadblocks to finding love, there are also legitimate ways that you might be ruining chances of a second date. If you're downing your slice of pizza like nobody's business, those messy dinner manners might be a bit of a turnoff. Also, if you're willing to bring up your ex at every chance you get, there's a good chance that your potential new S.O. might not be convinced you're over your old S.O.

So now that you're armed with the proper dating etiquette — and you know what to avoid saying or doing before meeting someone new — it's time to get your date on... by taking the initiative. You know it's not easy, but step out of your comfort zone and get going. The possibilities await.

Let's start with some flirty online dating messages that actually put the wheels in motion. After all, how else are you going to find out what works and what doesn't unless you meet in person? What if he says he's a dog person but really isn't? You have to meet face-to-face, my dear.

First thing's first: Get cute with your date hints. Say something along the lines of "I've been meaning to check out X, if I only had someone to join." It's flirty, sweet, and the perfect way to initiate plans. Yes, it might be intimidating, but go for it — you'll be happy you did.

Or, if you're feeling a little impatient, you can just cut to the chase. Say something along the lines of "This convo would be much easier to continue in person." It definitely sends a message and suggests that you want to try to see if the connection will really work.

While yes, there are definitely moments that'll make you nervous, and others that'll make you downright pissed off, enjoy the dating game. After all, some of those fails will make for perfect, hilarious hashtags.