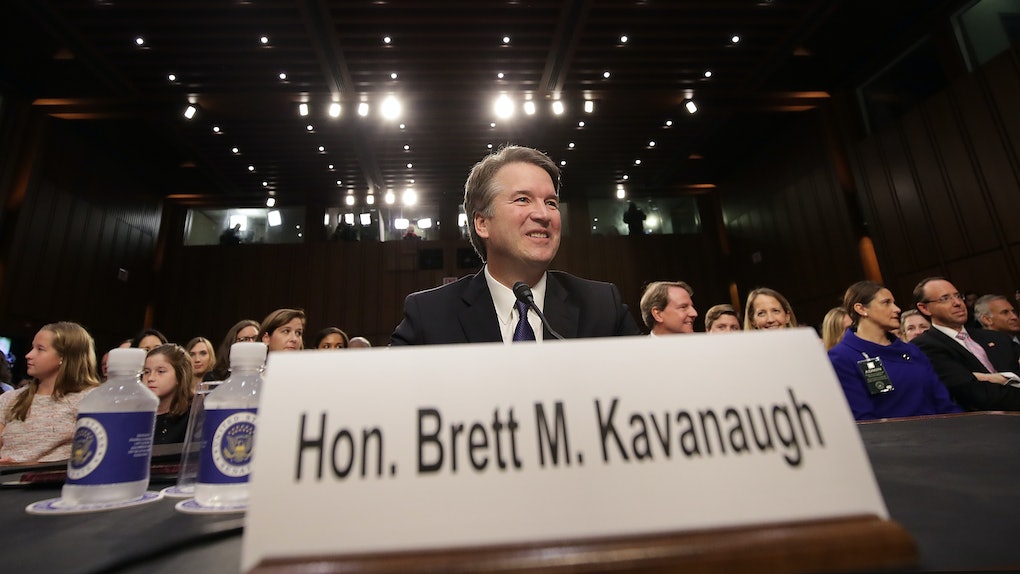 Before Kavanaugh's hearing even started, protesters had gathered to demonstrate against Kavanaugh's consideration, to the point where Senate Judiciary Chair Sen. Chuck Grassley (R-IA) warned at the beginning of the hearing that any members of the public who spoke up would be removed from the room — which happened quickly, as multiple protesters were escorted out of the hearing room. On the other side of the senators' bench, things were hardly less fervent. Multiple Democratic senators on the committee quickly spoke up asking for a vote to cancel the day's hearing, citing the last-minute drop of over 40,000 pages of records about Kavanaugh's time as a member of the George W. Bush administration on the evening of Monday Sept. 3, which Democrats said that there had been no time to review.

Basically, the hearing was a wild mess within an hour of its start, and Twitter was wide-eyed.

Some people were impressed by the protests.

Some people were focused on the 42,000 documents that were released the night before the hearing, and how quickly someone would have to read in order to review all the documents.

And some people were just done with the whole thing.

Kavanaugh's nomination has been highly controversial, particularly in regards to his possible stances on reproductive care and access to abortion. While Kavanaugh has been fairly tight-lipped about his stance on abortion, President Donald Trump notoriously said during a 2016 presidential debate that he intended to appoint Supreme Court justices who would work to overturn Roe v. Wade, the landmark 1973 case which granted Americans the right to access abortion care. "If we put another two or perhaps three justices on, that will happen," Trump said at the time. "And that will happen automatically, in my opinion, because I am putting pro-life justices on the court."

While Kavanaugh himself has said he considers Roe "settled law," his legal rulings haven't necessarily supported abortion rights. Notably, Kavanaugh ruled against an undocumented teenager's abortion request in a case that made national news in late 2017.

Kavanaugh's stance on executive power is also a point of concern for many. In 2009, the judge wrote an article for the Minnesota Law Review arguing that presidents should be exempt from legal investigation or prosecution while in office. “We should not burden a sitting president with civil suits, criminal investigations, or criminal prosecutions," he wrote at the time. It's a stance which could be of interest to President Trump, who is embroiled in legal drama regarding several women who allege they had affairs with him before his presidency (Trump has denied the affairs), as well as the ongoing investigation into possible collusion between the 2016 Trump campaign and Russia.

With the stakes so high — a Supreme Court nomination is a lifetime appointment — it's maybe not surprising that the hearing is so intense.