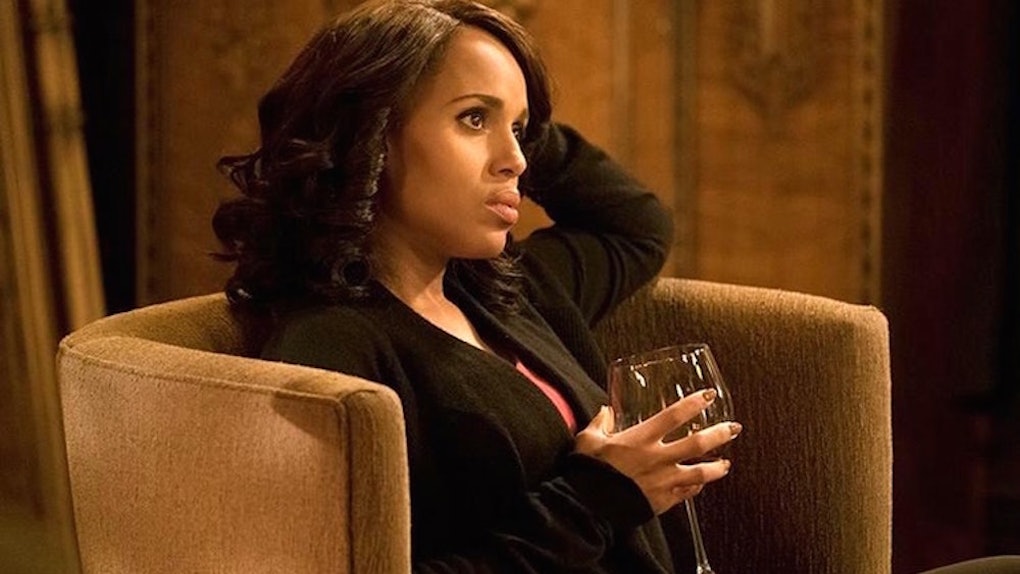 TV Shows Ending In 2018 That We're Already Crying Over

The new year is less than a month a way, but before you start pumping yourself up for 2018, you should be aware that it will mark the end of some of television's most beloved series. There are at least 11 TV shows ending in 2018 that will surely leave gaping holes in the hearts of fans everywhere. Bright side? You might free up some of your time for new programming (there. is. so. much.), although you'll have to come to terms with your favorite characters falling into that unfortunate terminal series finale black hole FOREVER. Unless, of course, the show gets a reboot or a revival at some point in the near or far future, because that's a thing now.

This year saw the end of shows like Pretty Little Liars, Girls, Orphan Black, The Leftovers, and The Mindy Project. We laughed, we cried, we came to terms with it, and thanked our lucky streaming stars that we live in a world where content never dies and old faves are almost always at our fingertips. But what will become of people who have basically become intrinsically linked to our everyday life? Olivia Pope, Nick Miller, Selina Meyer... You are always with us. Here are 11 TV shows you should start preparing to see off into the small screen sunset.

Much like a country song, it's been a rocky and winding road for devoted Nashville fans over the years. The music show got canceled by ABC in 2016 only to be revived by CMT, but it will be crooning its last note when its sixth season finales next year.

Carrie and Fred have brought us so many colorful oddball characters throughout Portlandia's eight seasons, including altered versions of themselves. We sure hope beloved creations like the feminist co-owners of the Women & Women First bookstore get fitting conclusions to their bizarre Northwestern journeys.

It's been quite the wild ride for Elizabeth (Keri Russell) and Philip (Matthew Rhys) on the critically acclaimed FX spy drama. The sixth and final season will air in 2018 with 10 episodes.

TV's most twisted tale of will they/won't they will say goodbye come next year. It was recently announced that the FX show was renewed for a fifth season, though unfortunately it will the last for Jimmy, Gretchen, Edgar, Lindsay, and all their issues. We're guessing this darkly unique rom-com won't end tied up in a nice predictable bow.

BET's captivating drama will go out with a bang in 2018 with a two hour movie set to act as the show's series finale. "Mary Jane has become my favorite character. We’ve screwed up together, laughed together, evolved together, and raised hell together. I love all her imperfections, and through playing her I became more forgiving of others who are imperfect and on the journey of self discovery and improvement," star Gabrielle Union said in a statement.

The world never knew they needed a show about a Waco, Texas couple who renovated houses together, but of course the HGTV phenom became a massive hit. Where will we get all our crafty design hacks now?

Red wine and white suits will never be the same. Olivia Pope is a national treasure, icon, and one-liner queen who will always have a place in our TGIT-loving hearts. Nobody handles it like she does. The Shonda Rhimes favorite is currently in its seventh and final season. Stay strong, Gladiators. Olivia would want it that way.

The Vampire Diaries spinoff had a good run on the CW for fifth season. Alas, it was announced at Comic-Con over the summer that the fifth season will end the show for good.

Family sit-coms don't have quite the same level of popularity they did in the '80s and '90s, but The Middle broke out in the genre to become a unique success story for ABC for nine seasons. America is going to miss the heck out of the Hecks, but all good things must come to an end eventually.

Seinfeld reruns air on a loop, but what is TV without Julia Louis-Dreyfus really? Veep is undeniably one of the best comedies of the last few decades and while we understand that the show's ending will free up space for new winners at the Emmys, we're still sad as [insert one of Selina Meyer's choice inventive curse word combos here].