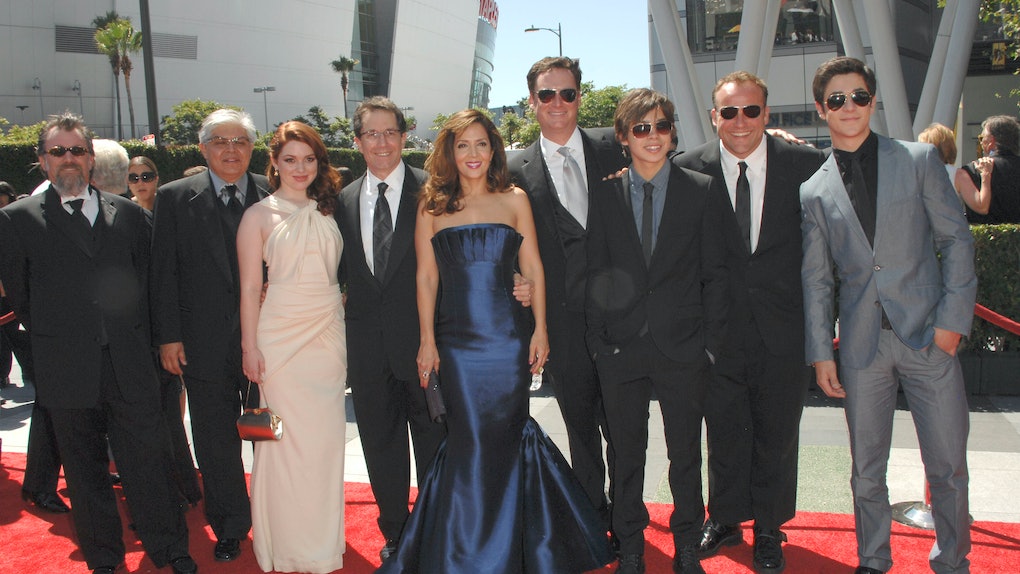 This 'Wizards Of Waverly Place' Reunion Will Make Your Entire Week

But everything is ~not~ what it seems. In the caption to his post, Henrie wrote, "Reunited and it feels so good!!! Congrats @baileemadison on directing your first music video! #Reunion #Congrats #Friends."

Henrie's onscreen mom, Maria Canals-Barrera also got in on the action, and hinted at something special with her caption, saying "Filming Somethin RAD today #80s."

Side Note: Recognize the guy on the right in Canals-Barrera's pic? That's Troy Bolton's dad in High School Musical.

It turns out this meet up wasn't any ordinary cast reunion. The Russo family (plus Harper Finkle, the quirky best friend and honorary Russo) actually reunited to guest star in Bailee Madison's music video and directorial debut.

Leaving Wizards of Waverly Place behind, guest favorite Bailee Madison is now embarking on a music career. She's released several singles and even starred in the movie musical "A Week Away," set for nationwide release in 2020.

Judging by their wild '80s hair, technicolored tops and Stone's magnificent blue eye-shadow, it appears that the Russos may be taking a nostalgic trip down memory lane. Fans could expect some 80s-era magic to ensue – a spell to summon scrunchies, perhaps?

Unfortunately it appears Selena Gomez and Jake T. Austin and couldn't make it to this particular get-together. But don't worry Wizards fans, the two on-screen siblings are still very much a part of the Russo clan. Along with the rest of the Wizards cast, Gomez and Austin attended David Henrie's wedding back in 2017. They even snapped this stylish pic with the bride and groom.

The music video is yet to be released, so Wizards fans will just have to wait and see what Madison has in store.