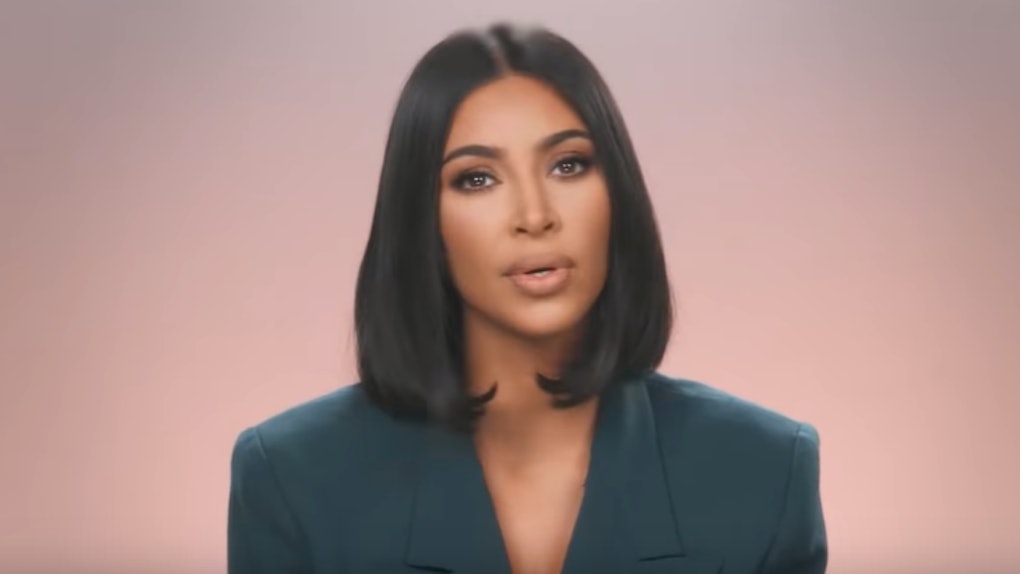 Keeping Up With The Kardashians

If you judge the Kardashians by their social media pages alone, you would think their life is perfect. They always seem to have the best clothes, the best shoes, the best cars, and really, the best of everything. But social media doesn't show everything and that's where Keeping Up With The Kardashians comes in. Since KUWTK premiered in 2007, nothing has been off limits for the Kardashian family on the show. Fans have seen the family go through everything, including cheating boyfriends, fertility struggles, and friendship breakups. The Kardashian family always keeps it real and maybe that's why the show has lasted for over a decade. Well, season 17 of KUWTK just premiered and the episode revealed some new info about Kim Kardashian's health. The video of Kim Kardashian finding out she tested positive for lupus antibodies is so heartbreaking.

My heart seriously aches for Kim Kardashian. Finding out test results is always so scary, and the fact that cameras were surrounding Kim during such a personal moment must have added to her nerves. I give Kim props for being so real with her viewers because I know it must have taken a lot for her to be able to share the results on TV.

The emotional episode was for KUWTK's season 17 premiere, which aired on Sunday, Sept. 8. In the episode, Kim felt that something was seriously wrong with her because she woke up and her hands were swollen.

“I’ve been feeling so tired, so nauseous and my hands are really getting swollen. I feel like I literally am falling apart. My hands are numb," she said.

Although Kim's had carpal tunnel syndrome, she felt this time her pain was different. “Lately, my wrists are starting to hurt again but it’s definitely a different feeling,” she said. “I feel this in my bones. It’s starting to really worry me. I really have to look into this.”

Kim did some research and thought she might have rheumatoid arthritis due to her symptoms. According to Healthline, rheumatoid arthritis is "an autoimmune disease that can cause joint pain and damage throughout your body." Because Kim couldn't stand waiting around, she decided to go see a doctor to see if she was right.

In a clip from the show, Kim shared her thoughts about what was going through her mind. She said, "I'm just like freaking out. I have a baby on the way. I have law school. It just can really scare you when you start really thinking about how much this is gonna really change my life."

Kim went to the doctor and also had some blood tests done. By the end of the episode, Kim got a call from her doctor, who said her antibodies tested positive for lupus and rheumatoid arthritis.

The doctor explained this meant that apart from having swollen joints, Kim would have "fevers, rashes, mouth sores" and would feel "really tired."

Of course, hearing this made Kim emotional, but the doctor said there was a chance Kim's results were false positives, so Kim scheduled a follow-up appointment with her doctor to find out if she really had lupus and rheumatoid arthritis. I'm guessing fans will know the results on the next episode of KUWTK.

This is so sad and I wish Kim all the best whatever those results may be.

More like this
Will BTS' McDonald's Meal Include Photocards? Here's What ARMYs Should Know
By Michele Mendez
Kaitlyn Bristowe & Jason Tartick Are Engaged & Their Proposal Story Is Cute AF
By Rachel Varina
Billie Eilish's Reaction To Her Sexy 'Vogue' Cover Breaking Instagram Records Was Surprising
By Brandy Robidoux
Stay up to date