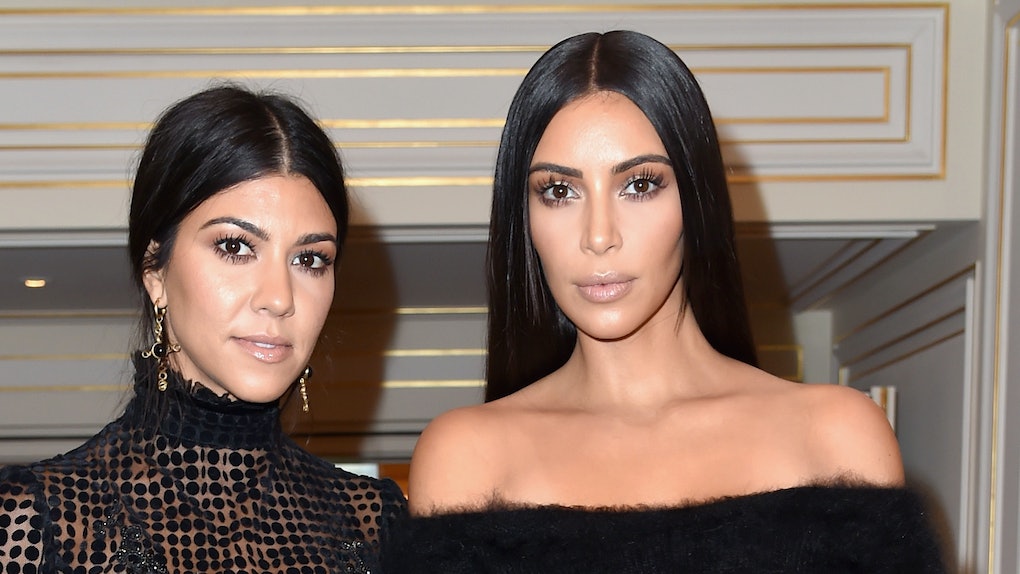 Kim Kardashian is getting really annoying. In a new clip from the upcoming episode of Keeping Up With The Kardashians, Kourtney tries to take a dance class with friends just to have some fun. Keyword there is tries, because Kim, being Kim, just had to pop in and disturb the class. The woman is not known for her dance skills (in fact she's famous for not being able to dance at all), so she sat back and watched as the class went on, but the video of Kim Kardashian at Kourtney's dance class is less funny as it is a show of just how annoying of a little sister Kim can be.

The clip starts out with Kourtney in class with two friends who are frequently seen on the show. Then Kim pops in. It's not clear if she was invited or just decided to show up, but I'm going to go with invited and then decided not to participate. Remember that this isn't long after she and Kourtney had their blowup fight that spanned several episodes, so things might not be the greatest between Kim and Kourtney right now. Perfect time to harass your sister in a class! All in the name of fun! Ha ha! So fun!

I love my little sister, but if we had just fought and she tried to pull this, I'd tell her to exit stage left.

While the women learned a dance combo to "Laffy Taffy" (LMAO), Kim judged the women's dancing from the sidelines. Every time the women try to encourage her to get up and move, she just says "no" and doesn't budge. She just laughs at the women instead, because that makes things fun for everyone. "Kim has this inability to let loose," Kourtney said in a solo shot. "She's not even moving. I mean, if she's just going to sit here and critique us, then she can leave."

I guess if Prince kicked me off stage for my bad dancing, I would never want to dance again either.

Back in 2011, before the Kardashians were what they are now, Kim Kardashian went to a Prince concert in New York City and was brought up on stage by Prince himself (!!) to dance with him. Prince brought her on stage, and she did nothing. When Prince says dance, you dance. He tried to get her to dance just like Kourtney did, but she just stood there and clapped awkwardly, so he quipped "Get off the stage!" and off she went.

It's honestly my favorite thing that has ever existed.

God is a woman, but Prince is a saint.

"It is so embarrassing when Ryan brings up the YouTube video of me not dancing on stage with Prince," she said in a solo shot. "I swear I'm never gonna dance again. This is gonna haunt me forever." She said to Seacrest, "I was just so nervous and I'm just laughing." Oh, you mean like when you sat on the floor and laughed during Kourtney's dance class instead of dancing? I'm sensing a pattern here...

"To my defense," she continued, "didn't he watching Dancing With The Stars? I'm not a dancer!" Kim, really? Of course Prince didn't watch Dancing With The Stars. Can anyone legitimately imagine Prince sitting in his house and thinking, "Hmmm, you know what I want to do? Watch Dancing With The Stars and focus on Kim Kardashian." Let's be reasonable here, Kim. He probably didn't even know who she was when he pulled her up on stage. I think she's scarred for life, fam. Sorry it had to affect your dance class, Kourtney.