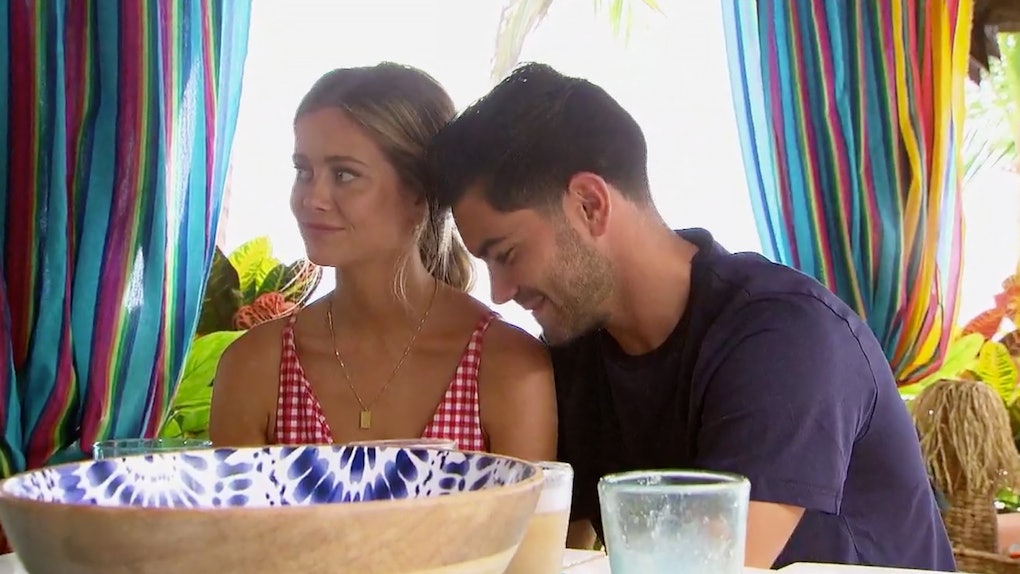 This Update About Hannah G. & Dylan's Relationship After 'Bachelor In Paradise' Is Swoon-Worthy

If there was one couple who fans didn't have to worry about during Season 6 of Bachelor in Paradise, it was Hannah Godwin and Dylan Barbour. Sure, things were a little rocky at first when Hannah G. was trying to decide between Dylan and Blake Horstmann. But, before long, Hannah G. chose Dylan and the two of them were pretty much attached at the hip for the whole season. After getting engaged, this update about Hannah G. and Dylan's relationship after Bachelor in Paradise lets fans know that they really did get their happily ever after.

Hannah G. was pretty popular during her time in Paradise. She and Dylan hit it off right away, but she also flirted with Blake before the season started. Blake tried to win Hannah G. over by using their pre-show connection, which made Dylan visibly upset over the possibility of losing her. Luckily for him, Hannah G. chose Dylan after overcoming all of that Blake drama. It definitely seems like she made the right choice, since she and Dylan spent the rest of Season 6 together. They said "I love you" during a date at a Mexican party, and later Dylan told Hannah G. that he's never been so in love with someone before. Hannah called Dylan the love of her life. She even said, "I've been able to feel feelings of love that I truly didn't know existed until I met him." Talk about true love, right!?

However, as they went into the finale, Hannah said that she was still working through some of her own struggles. She said that she knows she wants to be engaged to Dylan, but she also didn't want to rush into something too soon. She explained that she was really hurt by her breakup with Colton Underwood during his season of The Bachelor and that she was scared of things falling apart again. But, Dylan assured her that she can trust him to be there for her, and that he even wanted to fly to Alabama to meet her family that night. With that reassurance, Hannah accepted Dylan's proposal, and Bachelor Nation rejoiced.

Since Hannah and Dylan delivered one of the most romantic love stories throughout this season of Bachelor in Paradise, fans could not wait to get an update on how they are doing after their big proposal. Thankfully, the reunion show that aired right after the finale offered up all those answers.

Hannah and Dylan quickly assuaged any doubts in their strong relationship right away during their reunion appearance, as Hannah announced "We're OK!" after Chris and Katie revealed their post-Paradise drama.

But things seemed to be going much better than just OK. Dylan also revealed that Hannah was planning a move to California so that she could be closer to her fiancé. After Clay and Nicole broke up instead of proposing in the finale and Chris and Katie had a very contentious appearance at the reunion, the uplifting update from Hannah and Dylan confirmed that they definitely were one of the few true love stories of the season.